We recently noted that SoftBank’s Vision Fund has stepped up its deal-making in Asia this year, and today it added a new company to its roster: travel services platform Klook.

Hong Kong-based Klook announced today that it has raised a $225 million round led by the Vision Fund with participation from existing investors. The deal — which is described as a “Series D plus” — comes just eight months after Klook announced its $200 million Series D at a valuation of over $1 billion. The company didn’t confirm what its new valuation is, but co-founder and COO Eric Gnock Fah (second from right in the photo below) did confirm to TechCrunch that it has increased.

Klook was founded in 2014 and it serves as an activities platform for users who travel overseas. That covers areas like visits to adventure parks, scuba diving, more localized tours or basics such as train travel, food or airport transfers, all of which can be found, paid for and taken using Klook’s platform. Today, Klook claims to host 100,000 activities across over 270 destinations. Its team has grown to over 1,000 staff and it has 20 offices, including sites in Europe and the U.S. as well as, of course, on its home turf in Asia Pacific.

Its rivals include KKday, a Taiwan-based company backed by the likes of Alibaba and Line, and FunNow. Outside of Asia, there’s Peek, Headout, Voyagin, GetYourGuide, Culture Trip and even Airbnb’s ‘experiences’ feature. Still, Klook has raised considerably more than any of these competitors.

Gnock Fah said that Klook has maintained a dialogue with SoftBank “for a while.” The company only recently raised its Series D so didn’t need the additional capital, but he said that it was moved by SoftBank’s “bigger vision” and its potential role in the SoftBank “ecosystem.”

That, in particular, means opportunities to work with other Vision Fund-backed startups in Asia. Gnock Fah specifically name-checked ride-hailing firm Grab in Southeast Asia and hospitality company OYO, as well as e-commerce companies Coupang in Korea and Tokopedia in Southeast Asia.

“We don’t do point to point or on demand so it’s synergistic on both ends,” he said of potential tie-ins with Grab — which is already working with OYO — while he cited Klook’s ongoing work with Alibaba, which has relationships with Tokopedia and Lazada in Southeast Asia. 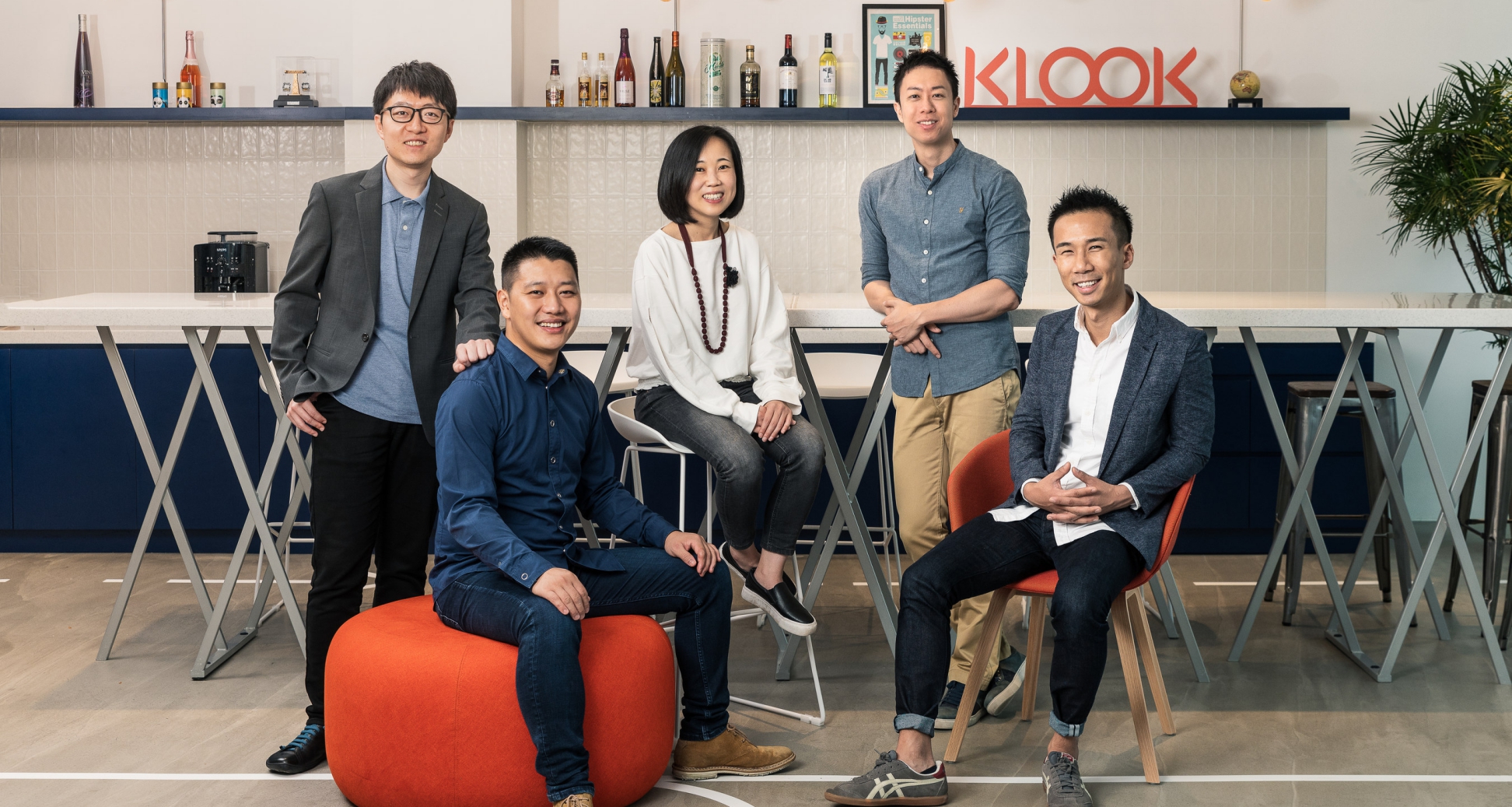 The new funds will be used to go after growth in Western markets, Gnock Fah explained, as well as increasing Klook’s efforts in Japan — where it has been ramping up ahead of the Summer Olympics in 2020, and now has the SoftBank connection.

“Now is the time to scale up the fundamentals we’ve built in Western regions,” Gnock Fah said in an interview. “We already have a team on the ground — fundamentals are built — now it is about investing more on the supply-demand side.”

That sounds like increased online advertising spend — I often wonder how handsomely Facebook and Google profit from Vision Fund investments — while in Japan the company is working to cater to more Japanese travelers heading overseas on trips as well as inbound tourism. SoftBank has launched a number of joint ventures with Vision Fund companies to bring their services to the Japanese market — Paytm, WeWork, OYO and Didi Chuxing immediately come to mind — but Gnock Fah said nothing definitive has been decided.

“We’re in a lot of conversations with their team about how to work closely with them,” he said, pointing out that — unlike those aforementioned examples — Klook already has a presence in Japan.

Whenever the Vision Fund has invested in Asia-based companies, I’ve asked the founders how they handle the fund’s links to the murder of journalist Jamal Khashoggi, an outspoken critic of the Saudi regime. Crown Prince Mohammad bin Salman is widely believed to have ordered the killing, and he runs Public Investment Fund (PIF), the main LP anchor behind the Vision Fund.

Clearly, based on an increase in deals in Asia this year, the link isn’t putting founders off.

Most founders of Vision Fund portfolio startups that TechCrunch spoke to have supplied fairly platitudinous comments or declined to say anything at all — you can read a collection of them here — but Gnock Fah suggested a new (and unique) perspective.

“Because it is a relatively new fund, there’s more spotlight” on the Vision Fund, he offered.

Klook declined to provide a further statement on the Vision Fund and the Khashoggi murder following our interview despite a request from TechCrunch.

“The new capital isn’t about capital per se — our economics are heath — but more for a strategic investment angle,” he said, getting back to more fundamental founder talking points.

The Vision Fund-led cash infusion does mean that Klook, which has been pretty candid about a potential IPO, is putting off plans for a liquidity exit further down the road.

“Right now, there is no fixed timeframe,” Gnock Fah said. “Back in the early days, we had that aspiration… back then, if we wanted to raise $300-400 million [then] IPO was the way to get that.”

“We believe Klook is a leader in taking a mobile-first approach to the travel activities and services industry. The company has seen great success in scaling its business across different geographies and cultures, and we are excited to help them drive further innovation in the global travel industry,” said SoftBank partner Lydia Jett in a statement.