Ford today is taking the wraps off the latest generation of the Escape. It’s a major re-work inside and out, with new sheet metal and powertrain options. The 2020 Escape is sportier, loaded with technology and, with hybrid and electric options, clearly built for the future.

The Escape has been Ford’s most affordable SUV since its debut in 2000. Smaller than the stalwart Explorer and more traditional than the Edge or Flex, Ford has always positioned the Escape as an easy and accessible sport utility vehicle. The upcoming version carries on that tradition while offering buyers new options.

The 2020 Escape comes in several variants. The base model sports a 1.5L EcoBoost engine, or buyers can step up to a 2.0L EcoBoost. Ford is also offering the Escape in a traditional hybrid configuration and, for the first time, a plug-in hybrid setup. But buyers will have to wait for the plug-in version. This trim level will hit dealers next spring while the rest of the line will be available this fall.

The driving range is competitive. Ford says the front-wheel drive Escape equipped with the standard hybrid has an EPA-estimated range of 550 miles. The plug-in hybrid is expected to get 30 miles of range while just on electric, while its 11-gallon fuel tank ensures it can still travel more than 400 miles before needing a pit stop.

This is the second Escape generation offered in a hybrid setup, but the first with a plug-in variant. Ford sold 114,000 hybrid Escapes between 2004 and 2012, but dropped the option for the current model line that debuted in 2012. 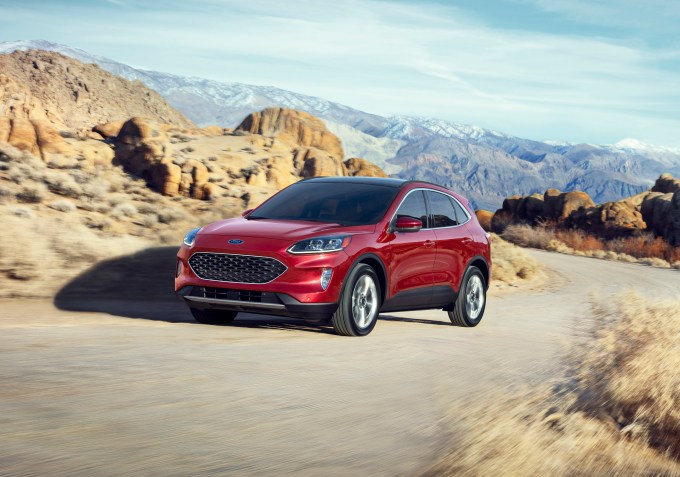 Ford has lofty ambitions for hybrid models. In 2018, the automaker stated it was going all-in on hybrid SUVs while stepping back from traditional cars. By 2020, Ford aims to have high-performance SUVs in market, including five with hybrid powertrains and one fully battery electric model. This includes the 2020 Ford Explorer Hybrid that should hit dealers this summer, and two entirely new off-road SUVs, including a new Bronco, and a small SUV that has yet to be named. There’s also that “performance battery electric utility” that will make up part of its overall SUV lineup, which is set for a 2020 release and will spearhead a plan to release six electric vehicle models by 2022. To help support this effort, the automaker plans to add more production capacity at a second U.S. factory for its next-generation battery-electric vehicle program.

Ford says the new Escape has best-in-class second-row leg room with a sliding backseat. While it steals a bit of storage, this feature should make the backseat a bit more comfortable for passengers. In the hybrid models, the battery pack lives under the rear seat, which prevents the seat from sliding — even still, by placing the battery under the seat, it doesn’t consume valuable storage space in the rear of the vehicle. 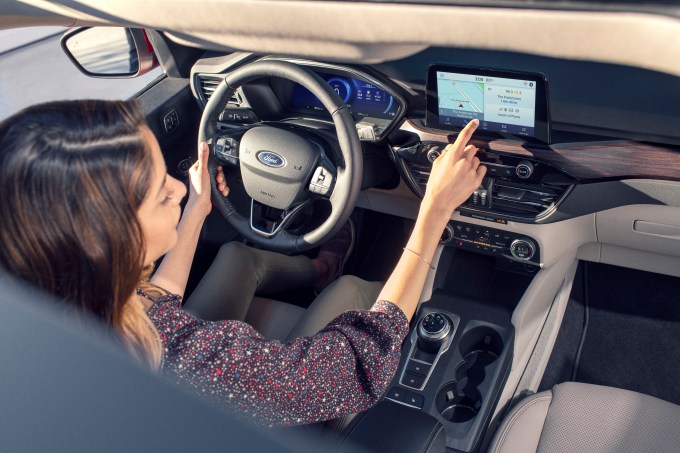 The outgoing Escape was in a need of an overhaul. Compared to its most direct competitors, car reviews often state the current Ford Edge falls short. Most reviews point to options like the Honda CR-V, Toyota RAV4 and Mazda CX-5, stating they give drivers roomier cabins and offer lively powertrains. Ford released the third-generation Escape in 2012 and updated the exterior in 2017 as sales were starting to falter.

Ford has big plans for its SUVs. In early 2018 it announced it was canceling production of all of its sedans, leaving the Mustang as the only traditional car it sold in North America. The auto maker would instead turn to crossovers and SUVs to take the place of the Fusion, Taurus, Fiesta and Focus. Sales of traditional cars have been declining for years, and Ford clearly felt it needed to embrace the latest trend by offering what most buyers want.

The 2020 Ford Escape is a notable leap forward for Ford’s smallest SUV. With the new hybrid options and larger interior, it should resonate well with shoppers looking for an eco-friendly people mover.