Alphabet’s urban planning subsidiary announced today the launch of CommonSpace. The new app was created to give park operators and community members a place to enter and organize observations about parks and other public spaces.

Interested parties can create a web portal for a space. The organizer defines the parameters of a study, outlining what sort of data they’re looking to collect, and users are then given shifts to go about recording data. The goal is to discover how people utilize various public spaces, information that can be used to determine future changes. 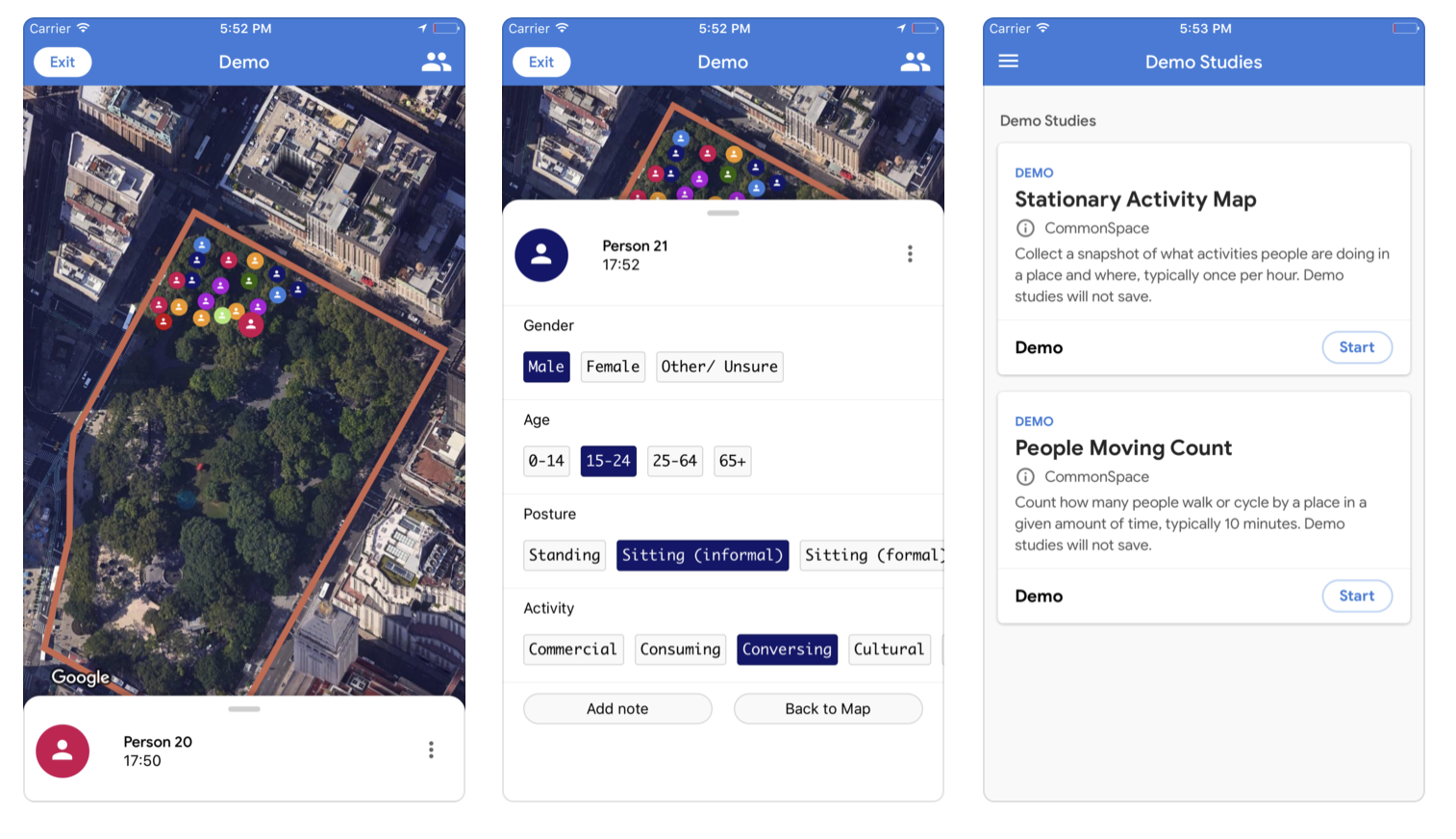 “The app records data in accordance with the Public Life Data Protocol, an open data standard (published by the Gehl Institute and founding municipal and private partners) that makes it possible to compare data from public spaces,” Sidewalk senior engineer Ananta Pandey says in a blog post. “The data collected with CommonSpace can be easily exported into visualization and analysis tools that communities and space managers alike can use to see patterns, generate insights, and develop evidence-based approaches to advocating for change.”

For obvious reasons, Sidewalk is quick to note the privacy parameters it set up for the app. The company says it’s adhering to Privacy by Design, and won’t be collecting any personal information about bystanders who are observed for CommonSpace.

After being piloted at a Toronto park in the fall of last year, the app is now available for both Android and iOS.