Fresh from picking up a majority stake in Europe-based The Next Web, the Financial Times is buying another new media startup. The newspaper, which was founded in 1888, is adding Singapore-based Deal Street Asia to its roster with a deal expected to close in April, according to three sources with knowledge of discussions.

Founded in 2014 by Indian journalist Joji Thomas Philip and Sushobhan Mukherjee, Deal Street Asia mixes Asia startup news with updates from Asia’s financial markets and business verticals. It has around a dozen reporters across Southeast Asia and India, as well as a license to use content from wires. Its investors include Singapore Press Holdings, Vijay Shekhar Sharma (the founder of Alibaba-backed Paytm), the Singapore Angel Network and Hindustan Times (the Indian media firm that operates Mint), which is a Deal Street Asia content partner.

The company never disclosed its total fundraising, although TechCrunch wrote about an undisclosed round that closed in late 2015.

The deal is led by Nikkei, the Japanese parent of the FT, which has agreed to buy at least one-third of Deal Street Asia, one source told TechCrunch, but the total stake could reach 51 percent (as was the case with The Next Web) depending on which investors decide to sell. A separate source said the deal, which will include a capital investment, is worth at least $5 million. That would represent a positive return for all investors with early backers potentially banking 4-5X. That’s a pretty handsome result for an investment in a media business, which are often efforts to spark an ecosystem or at least include a lower expectation on a return.

“The FT is not involved in plans to acquire Deal Street Asia,” an FT spokesperson told TechCrunch.

TechCrunch understands that the deal for Deal Street Asia will be similar to that of The Next Web. That’s to say that one of the primary interests is adding the company’s events business to its roster to help break into the conference scene in Southeast Asia.

Deal Street Asia’s events are targeted at a business crowd. For example, its main summit in Singapore in September costs upwards of $1,000 and features senior executives from the likes of DBS, Grab, Sea, GGV, Allianz and IFC.

The startup uses a subscription business for its website, which is priced upwards of $89 for three months of complete access. Its paywall is a selective one that keeps some stories locked for subscribers, whilst others are left open for all readers. 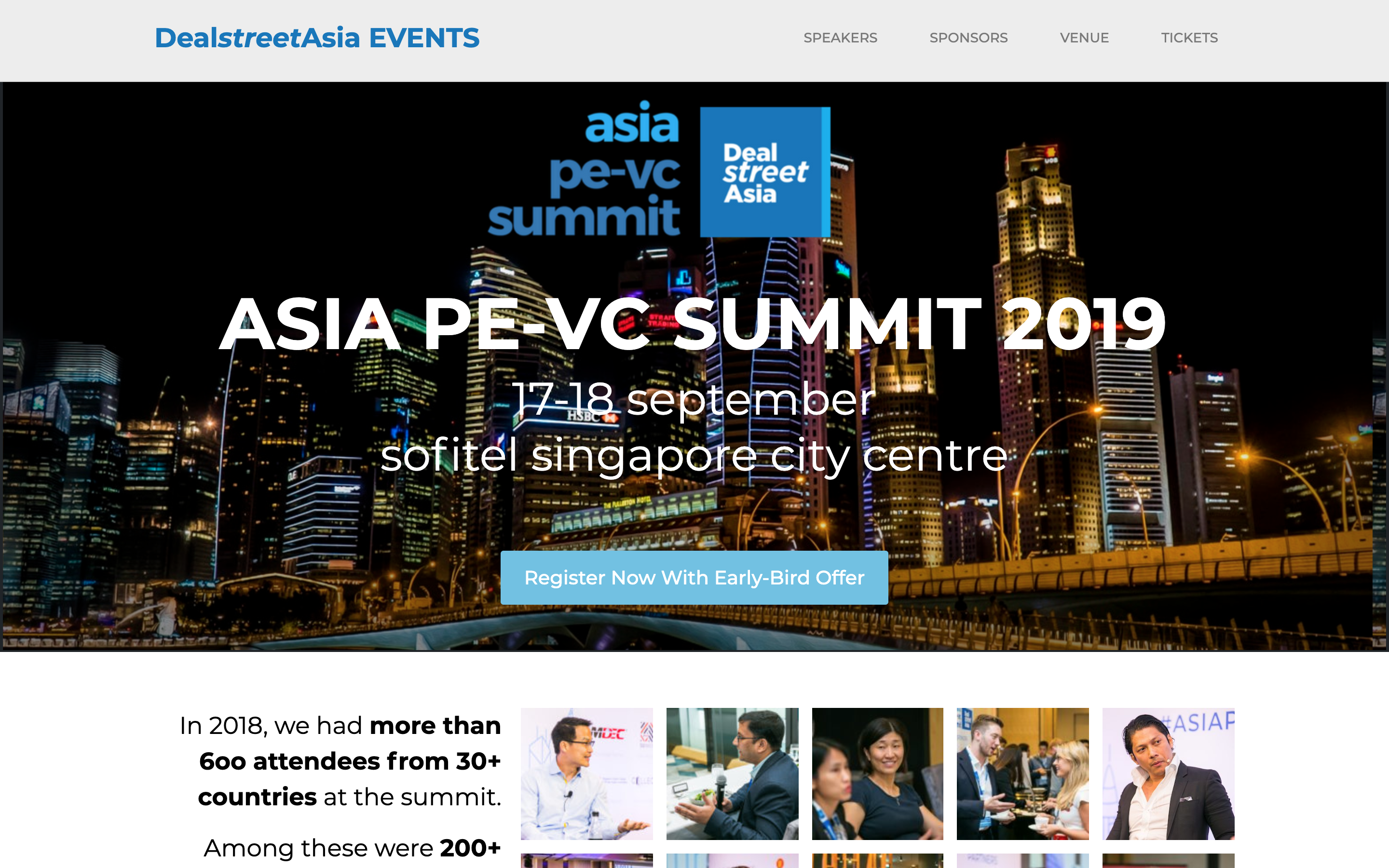 This is far from it for the FT in terms of deals. TechCrunch understands that the company is actively seeking acquisition and investment opportunities in media startups across the world. Beyond augmenting its existing events business, one source told TechCrunch that the FT is considering a new media subscription business, which could bundle together some of its acquisitions. That’s very much an ongoing work in progress as it seeks additional deals to plump up that potential subscription offering.

Aside from The Next Web and Deal Street Asia, the FT has acquired content startup AlphaGrid, intelligence service GIS Planning and research firm Longitude. The FT itself was bought by Nikkei from previous owner Pearson for $1.3 billion in 2015.

Note: The original version of the article has been updated with additional details (29/03 00:10 PDT).

Disclaimer: The author is a former employee of The Next Web.