Apple flexed its wallet today in a way Facebook has been scared to do. Tech giants make money by the billions, not the millions, which should give them an easy way to break into premium video distribution: buy some must-see content. That’s the strategy I’ve been advocating for Facebook but that Apple actually took to heart. Tim Cook wrote lines of zeros on some checks, and suddenly Steven Spielberg, JJ Abrams, Reese Witherspoon, Jennifer Aniston and Oprah became the well-known faces of Apple TV+.

Facebook Watch has…MTV’s The Real World? The other Olsen sister? Re-runs of Buffy The Vampire Slayer? Actually, Facebook Watch is dominated by the kind of low-quality viral video memes the social network announced it would kick out of its News Feed for wasting people’s time.

And so while Apple TV+ at least has a solid base camp from which to make the uphill climb to compete with Netflix, Facebook Watch feels like it’s tripping over its own feet. 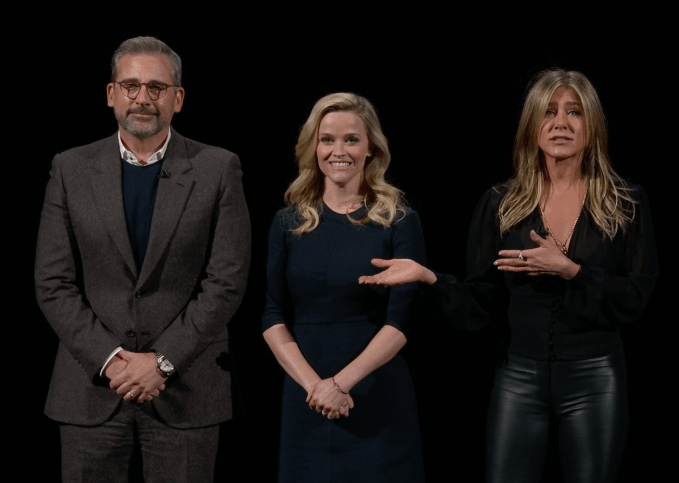 Today, Apple gave a preview of its new video subscription service that will launch in fall, offering unlimited access to old favorites and new exclusives for a monthly fee. Yet even without any screenshots or pricing info, Apple still got people excited by dangling its big-name content.

Spielberg is making short films out of the Amazing Stories anthology that inspired him as a child. Abrams is spinning a tale of a musician’s rise called Little Voice. Witherspoon and Aniston star in The Morning Show, about anchoring a news program. Oprah is bringing documentaries about workplace harassment and mental health. Apple even has the Sesame Street gang teaching kids how to code. 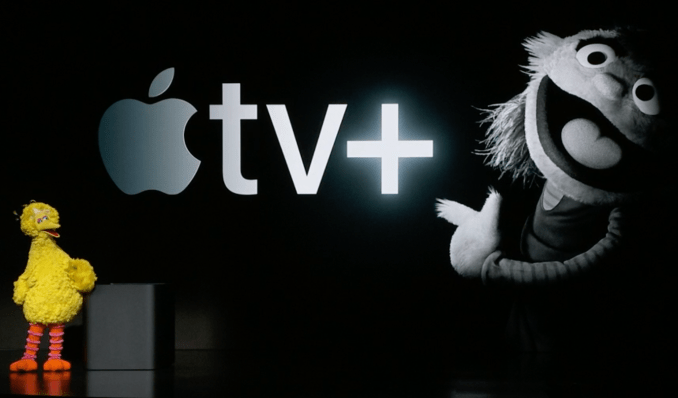 This tent-pole tactic will see Apple try to draw users into a free trial of Apple TV+ with this must-see content and then convince them to stay. And a compelling, exclusive reason to watch is exactly what’s been missing from…Facebook Watch. Instead, it chose to fund a wide array of often unscripted reality and documentary shorts that never felt special or any better than what else was openly available on the internet, let alone what you could get from a subscription. It now claims to have 75 million people watching at least one minute per day, but it’s failed to spawn a zeitgeist moment. Even as Facebook has scrambled to add syndicated TV cult favorites like Firefly or soccer matches to free, ad-supported video service, it’s failed to sign on anything truly newsworthy.

That’s just not going to fly anymore. Tech has evolved past the days when media products could win just based on their design, theoretical virality or the massive audiences they’re cross-promoted to. We’re anything but starved for things to watch or listen to. And if you want us to frequent one more app or sign up for one more subscription, you’ll need A-List talent that makes us take notice. Netflix has Stranger Things. HBO has Game of Thrones. Amazon has the Marvelous Mrs. Maisel. Disney+ has…Marvel, Star Wars and the princesses. And now Apple has the world’s top directors and actresses. 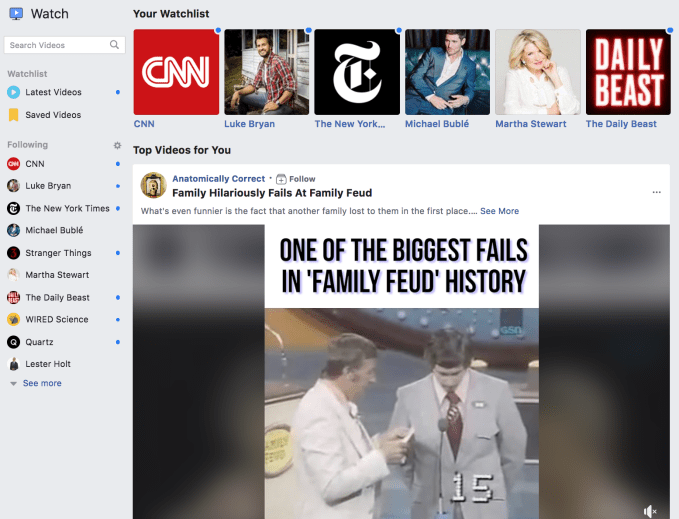 Video has become a battle of the rich. Apple didn’t pull any punches. Facebook will need to buy some new fighters if Watch is ever going to deserve a place in the ring.