In recent years, data analysts have gone from optional to a career that holds great promise, but demand for quantitative skills applied in business decisions has raced ahead of supply as college curriculum often lags behind the fast-changing workplace.

CareerTu, a New York-based startup launched by Ruiwan Xu, a former marketing manager at Amazon, aims to close that talent gap. Think of it as Codecademy for digital marketing, data analytics, product design and a whole lot of other jobs that ask one to spot patterns from a sea of data that can potentially boost business efficiency. The six-year-old profitable business runs a flourishing community of 160,000 users and 500 recruiting partners that help students land jobs at Amazon, Google, Alibaba and the likes, an achievement that has secured the startup a spot at Y Combinator’s latest batch plus a $150,000 check from the Mountain View-based accelerator.

In a way, CareerTu is helping fledgling tech startups on a tight budget train ready-to-use data experts. “American companies have a huge demand for digital marketing and data talents these days … but not all of them want to or can spend money on training, and that’s where we can come in,” said Xu, who made her way into Amazon after burying herself in online tutorials about digital marketing.

The gig was well paid, and Xu felt the urge to share her experience with people like her — Chinese workers and students seeking data jobs in the U.S. She took up blogging, and eventually grew it into an online school. CareerTu offers many of its classes for free while sets aside a handful of premium content for a fee. 6,000 of its users are actively paying, which translates to some $500,000 in revenue last year. The virtual academy continues to blossom as many students return to become mentors, helping their Chinese peers to chase the American dream. 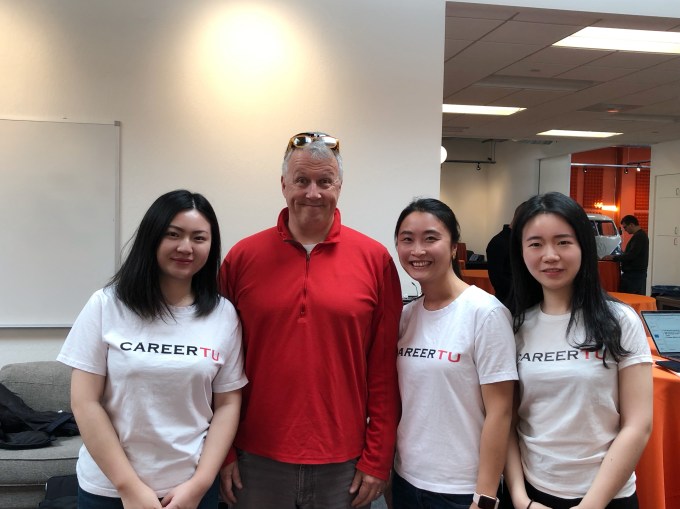 Securing a job in the U.S. could be a daunting task for international students, who must convince employers to invest the time and money in getting them a work visa. But when it comes to courting scare data talents, the visa trap becomes less relevant.

“Companies could have hired locals to do data work, but it’s very difficult to find the right candidate,” suggested Xu. LinkedIn estimated that in 2018 the U.S. had a shortage of more than 150,000 people with “data science skills,” which find application not just in tech but also traditional sectors like finance and logistics.

“Nationalities don’t matter in this case,” Xu continued. “Employers will happily apply a work visa or even a green card for the right candidate who can help them save money on marketing campaigns. And many Chinese people happen to have a really strong background in data and mathematics.”

A Chinese business in the US

Though most of CareerTu’s users live in the U.S., the business is largely built upon WeChat, Tencent’s messaging app ubiquitous among Chinese users. That CareerTu sticks to WeChat for content marketing, user acquisition and tutoring is telling of the super app’s user stickiness and how overseas Chinese are helping to extend its global footprint.

And it makes increasing sense to keep CareerTu within the WeChat ecosystem after Xu noticed a surge in inquiries coming from her homeland. In 2018, only 5 percent of CareerTu’s users were living in China, many of whom were export sellers on Amazon. By early 2019, the ratio has shot up to 12 percent.

Xu believes there are two forces at work. For one, Chinese exporters are leaving Amazon to set up independent ecommerce sites, efforts that are in part enabled by Shopify’s entry into China in 2018. The alternative path provides merchants more control over branding, margins and access to customer insights. Breaking up with the ecommerce titan, on the other hand, requires Chinese sellers to get savvier at reaching foreign shoppers, expertise that CareerTu prides itself on. 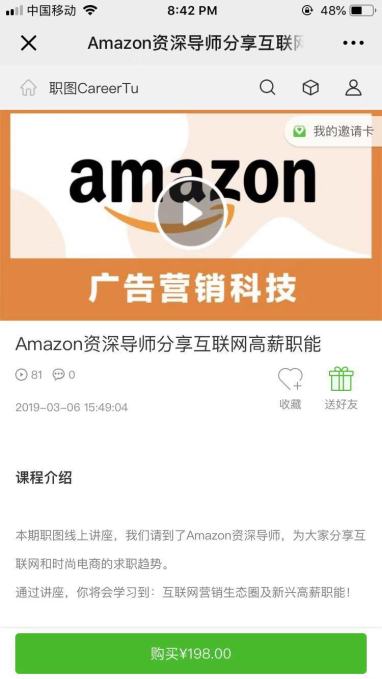 Next door, large Chinese tech firms are increasingly turning abroad to fuel growth. Bytedance is possibly the most aggressive adventurer among its peers in recent years, buying up media startups around the world including Musical.ly, which would later merge with TikTok. Indeed, some of CareerTu’s recent grads have gone on to work at the popular video app. Rising interest from China eventually paved Xu’s way home as she recently set up her first Chinese office in her hometown Chengdu, the laid-back city known for its panda parks and witnessing a tech boom.

Just as foreign companies need crash courses on WeChat before entering China, Chinese firms going global must familiarize themselves with the marketing mechanisms of Facebook and Google despite China’s ban on the social network and search engine.

When American companies growth hack, they make long-term plans that involve “model building, A/B testing, and making discoveries from big data,” observed Xu. By comparison, Chinese companies fighting in a more competitive landscape are more agile and opportunist as they don’t have the time to ponder or test out the different variants in a campaign.

“Going abroad is a great thing for Chinese companies because it sets them against their American counterparts,” said Xu. “We are teaching Chinese the western way, but we are also learning the Chinese way of marketing from players like Bytedance. I’m excited to see in a few years whether any of these Chinese companies abroad will become a local favorite.”