Escalating trade frictions between the U.S. and China have a range of businesses and investors in both countries sweating, but some believe there remains a bright spot where the antagonists can find common ground — fighting environmental issues.

One of them is the U.S.-China Green Fund, which does exactly as the name suggests — financing projects in the U.S. (and the west in general) and China that yield both financial and environmental returns. The fund recently closed its maiden fund of 3.7 billion yuan ($550 million) and has already started to raise a second and larger yuan fund, it told TechCrunch.

“The U.S.-China Green Fund believes that cleantech and environmental products are a positive, apolitical sector of focus for U.S.-China cooperation,” said Annie Zhou, the fund’s director of U.S. external affairs. “Currently, trade tensions have elevated some concerns from companies in both countries but have not affected our investments.”

With the fresh capital, the firm will continue to back companies that could address China’s environmental challenges, areas that it believes are far and remote from the kind of cybersecurity concerns that underpin the current wave of bilateral tensions.

“We are looking for win-win opportunities — improving the environment in China, which will benefit the rest of the world and also help Western companies tap into large markets in China,” added Zhou.

In China alone, the fund has poured 2.8 billion yuan ($420 million) into a portfolio of 13 companies with the likes of a marketplace for green home appliances serving more than 300,000 households and an energy performance service provider that’s completed 100-plus projects at public facilities like hospitals, hotels and supermarkets. 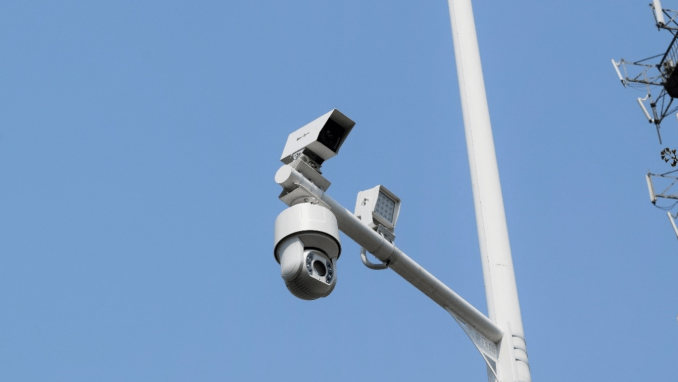 Aside from the more conventional categories of energy efficiency and pollution prevention, the fund also eyes technology companies that could benefit the environment in less obvious ways. One example has been AIpark, a startup offering real-time parking maps that can eventually mitigate congestion and thus CO2 emissions.

The cross-border investor is one-of-a-kind. It was borne out of a landmark joint effort by business leaders and diplomats from China and the U.S. — the world’s No.1 and No.2 carbon emitters — to build a climate-resilient future following Chinese President Xi Jinping’s 2015 meeting with former U.S. President Obama. Some of the fund’s notable founders include Henry Paulson, former U.S. Secretary of the Treasury and founder of the Paulson Institute, a think tank dedicated to U.S.-China relations. The other crucial founding member is China’s Office of the Central Leading Group for Financial and Economic Affairs, which is headed by Vice Premier Liu He and plays a key role in China’s economic policymaking.

Trade tensions aside, another potential roadblock exists stateside for the fund: President Donald Trump’s withdrawal from the Paris Agreement and his denial of climate change’s devastating effects on the earth. But the green fund is hopeful that the President’s stance is no object, for its focus goes well beyond merely capturing carbon emissions.

“There is still a large number of companies in the U.S. working on technologies focused on improving the environment,” says Douglas Cameron, the fund’s senior managing director. “Clearly, climate change is a critical factor in our investment decisions, but a lot of the technologies that we focus on are important independent of one’s position on that topic. Clean air, water, and safer agriculture are all within our investment universe, and we believe that supporting companies and technologies that address these environmental challenges are key to sustainable development in China.” 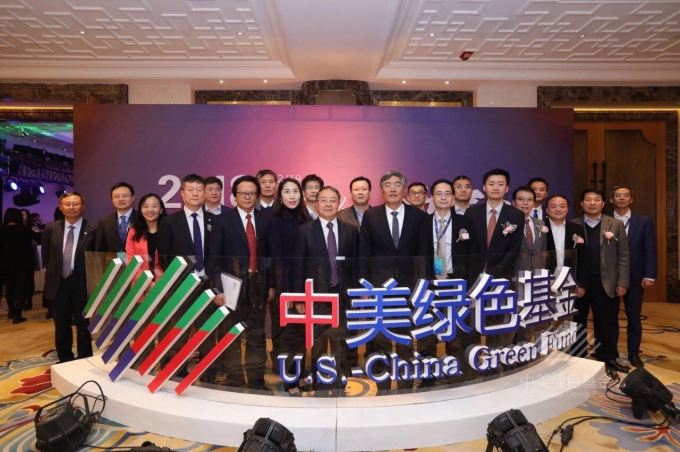 The fund’s immunity from the trade war gets one wondering whether it could be a channel to exploit loopholes and fund companies in more politically charged sectors. The firm ruled out the possibility.

“That was never part of our consideration,” said Zhou, who stressed that the firm’s dual mission is to “improve the bilateral relationship” on top of “addressing environmental pollution through market-oriented means and generating sustainable returns.”

The cross-border fund takes a two-pronged approach. The route in the west is straightforward: Identify sustainable technologies that can benefit China and invest as a late-stage venture capital because whatever solution it’s bringing into China should probably be proven. In return, these companies can tap the fund’s deep China know-how and expansive local connections, giving them access to a market where the likes of Uber and Google have struggled and remaining global players — Microsoft’s Bing and LinkedIn, just to name two — must constantly parse Beijing’s changing and obscure rules.

To ramp up its deal-sourcing capabilities in the U.S., the China-based investment firm plans to open an office in Chicago by May, where it will provide strategic and financial advisory for companies to enter the China market.

On the China side, the fund invests as a private equity firm in companies that may not seem environmental but “have strong channels to environmental markets and the ability to influence the environment.” The idea is that by backing well-oiled companies close to the source of pollution, the fund could influence their decisions on, say, the level of energy efficiency in apartment buildings and the kind of vehicles logistics companies dispatch.

Some identifiable targets are companies like Alibaba, which processes tens of millions of delivery orders every day. But the fund admits even an organization with the level of business and government ties like itself may have a hard time shaking up the giant’s practice. 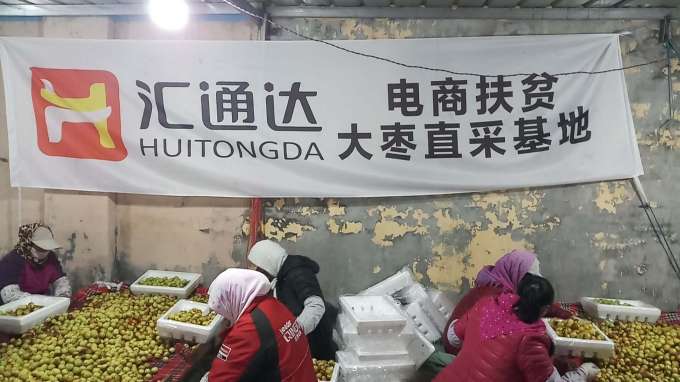 Instead, the sort of investment it favors is “getting in early before the company is quite as well-known, and then the Alibaba and others can perhaps come in afterwards,” said Cameron. To that end, the fund always tries to take a board seat in its Chinese companies. One case in point is Huitongda, a startup that provides rural retailers with merchandising and marketing tools, generating 35 billion yuan ($5.24 billion) in revenues last year. Alibaba chimed in with $717 million right after the U.S.-China Green Fund made its offer.

When it comes to picking co-investors, the fund has been pally with financial institutions like banks and insurance companies as well as limited partners, many of whom are also its strategic partners. Another way to collaborate is through special purpose funds. For instance, Four Rivers was recently set up to restructure and upgrade the Chinese steel industry after it raised roughly 5 billion yuan ($750 million) from the U.S.-China Green Fund, Chinese steel group Bao Wu Steel, China’s state-owned China Merchants Group, and WL Ross & Co, a private equity firm run by the U.S. Secretary of Commerce Wilbur Ross. Venture capitalists are on its list, too, as the green fund is willing to bet on early-stage, sustainability-focused startups with market potential in China, such as Huitongda.

Despite its varied links to the government, the fund insists to make decisions based on market forces. Unlike many other investors who are keen to reap policy rewards from areas like electric vehicles, the firm avoids businesses reliant on heavy subsidies. So if a company wants the fund’s money, it not only needs to be green but also profitable. 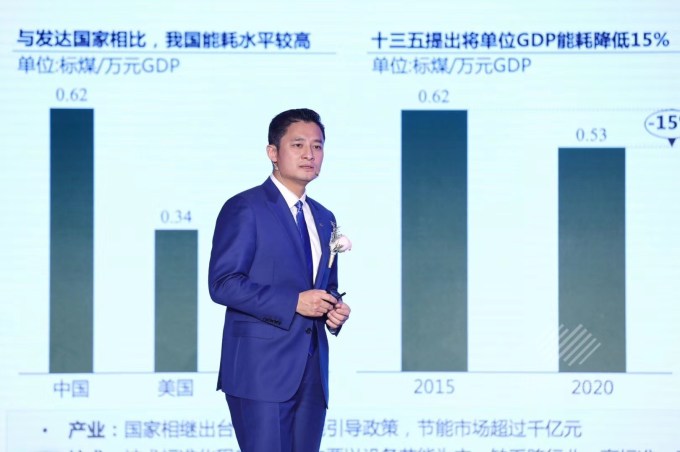 “Once we are in, we will then start urging [the companies] to think in a more sustainable way, but we think they can do that in a way that’s also economically profitable,” said Cameron.

Where the government does come into play is their policy influence on industries pertaining to the environment. That urges the fund to closely study the whims of Beijing.

“The government in China plays a large role in determining the success or failure of certain industries and even companies. Therefore, it is important to develop a good relationship and trust with the government and make sure they understand that you are helping to accomplish their goal,” suggested Zhou.

The fund has, for instance, advised the city of Zhangjiakou on how to deliver a low-carbon Winter Olympics in 2022. The challenge of working with officials is not so much their lack of appreciation for sustainability since many of them are now tasked to implement environmentally-friendly policies as part of China’s national goal to go green. The bigger issue is the high turnovers of officials — successors may come in with a brand-new agenda and drop their predecessors’ goals.

“However, if you meet the right officials, you may be surprised at their genuine concern for their constituents and projects and how quickly they can push to implement certain projects or policies,” Zhou asserted.