For Native American employees, Google’s attrition rates significantly increased from the year prior. To be clear, that’s a bad thing. For what it’s worth, Google is also not great at retaining white employees. 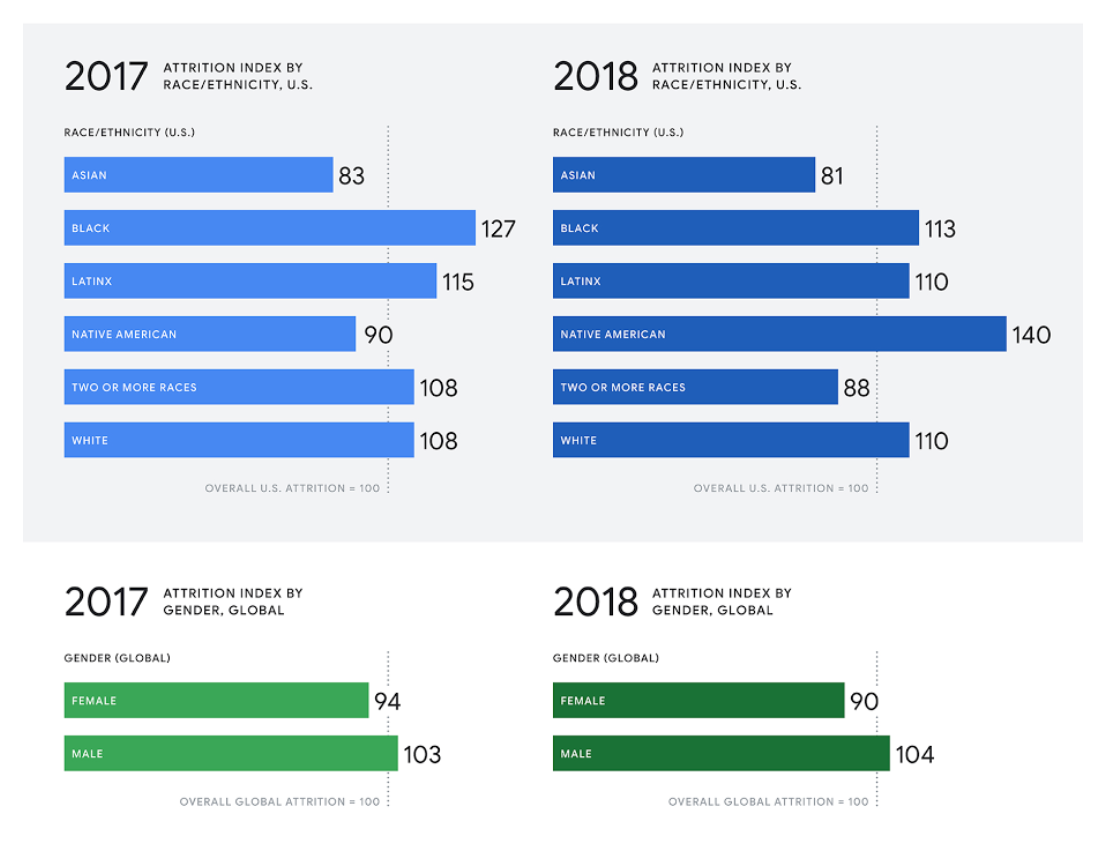 Google publishes the data as a weighted index and treats the average attrition rate as 100. The closer each group is to 100, the closer Google is to parity. If a group’s index is 90, that means the group’s attrition rate was 10 percent lower than the average.

“While there are positive trends, there is still work to be done,” global director of Diversity, Equity & Inclusion Melanie Parker wrote in a blog post. “Specifically, attrition for Native Americans worsened. And while rates improved for Black and Latinx Googlers, they are still not on par with the average. These are all areas we plan to focus on over the coming year.”

Google released its first attrition index last year to show how many employees left the company on an annual basis. Based on last year’s data, it was clear Google had the hardest time retaining black and brown employees. In fact, black and brown people were leaving Google at rates faster than the national average.

At the time, then-Google VP of Diversity and Inclusion Danielle Brown told TechCrunch the attrition rates for black and Latinx people were “a clear low light.”

A highlight, however, was that women were leaving Google at lower rates than the average. And this year’s data for women is slightly better, with an attrition rate of 90 compared to 94 the year prior. But we’ll see how the latest wave of controversy (harassment, walkouts, etc.) at Google affects its attrition rates for 2019.