Orai, a startup building communication coaching tools, is announcing that it has raised $2.3 million in seed funding.

CEO Danish Dhamani said that he co-founded the company with Paritosh Gupta and Aasim Sani to address a need in his own life — the fact that he was “held back personally and professionally” by lackluster “communications skills and public speaking skills.”

Dhamani said he attended Toastmasters International meetings hoping to improve those skills, where he came to a surprising conclusion — that he could build an algorithm to analyze your speaking abilities and give tips on how to improve.

To be clear, Orai isn’t necessarily trying to replace groups like Toastmasters, or individual speaking coaches. However, Dhamani said the “status quo” involves a “one-to-one” approach, where a human coach gives feedback to one person. Orai, on the other hand, can coach “entire IT teams, entire student bodies.”

“I am a big advocate of personalized, one-on-one coaching as well,” he said. “Orai is not replacing that, it’s enhancing that if used together.”

The startup has created iOS and Android smartphone apps to demonstrate the technology, which offer focused lessons and then assess your progress by analyzing recordings of your voice. (I did the initial assessment, and although I was praised for not using any “filler words,” I was told that I need to slow down — something I hear a lot.)

The real business model involves selling the tools to businesses, which can then assign Orai lessons to salespeople or other teams, create their own lessons and track everyone’s progress. 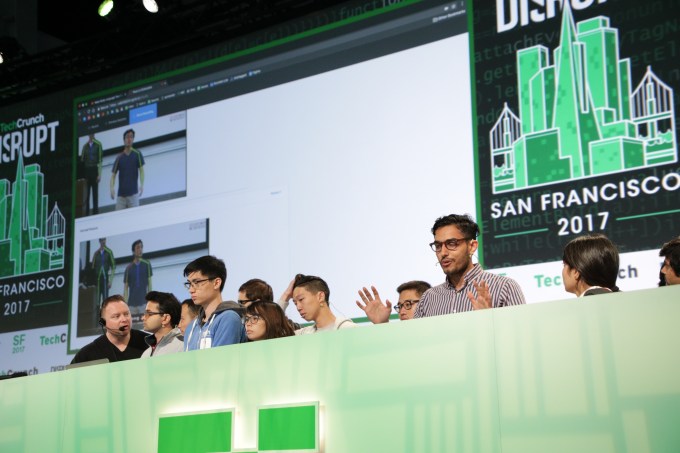 Attendees of TechCrunch’s Disrupt SF hackathon may recognize the team, which presented a body language analyzer in 2017 called Vocalytics. So you can probably guess that Dhamani’s plans go beyond audio.

The funding was led by Comcast Ventures — Orai was one of the startups at Comcast’s LIFT Labs Accelerator in Philadelphia. (Currently accepting applications for its second class!) In addition to announcing the funding, Orai has signed up famed speaking coach Nancy Duarte as an advisor.