When in 2015, Slack raised money at a $1 billion valuation, founder Stewart Butterfield spoke candidly about why it was important to him, and why if Slack wasn’t assigned a valuation north of that number at that point in time, Slack wouldn’t raise anything. Said Butterfield, speaking to Fortune, it “means that we’re a part of that conversation about companies worth $1 billion.”

Fast-forward nearly four years, and things apparently haven’t changed much. Indeed, Howie Liu, the co-founder and CEO of Airtable — a 5.5-year-old, San Francisco-based company that sees itself as a coding platform for non-techies — says Airtable was very much focused on being valued at north of $1 billion when it closed its most recent round in November.

“There’s unquestionably a market-signaling effect in raising money at a valuation that, in our opinion, doesn’t come close to the ultimate expected value of the company,” said Liu, in conversation with senior Recode editor Teddy Schleifer at a StrictlyVC event hosted by this editor. “It externalizes a little bit the progress we’ve made and addresses a lot of the open questions that companies face when they first start out. It sends a signal to our customers, to potential future team members and just the general community that talks about these things.”

The continued relevance of that billion-dollar number is interesting, particularly given that there were more than 300 so-called unicorn companies in operation as of last month, according to the research firm CB Insights. Even Liu acknowledged at the event that the number is pretty “arbitrary.” At the same time, he noted, it’s “something that I think carries gravitas in the minds of the general public. So I do think it matters to some extent.”

Airtable last year raised most of the money it has secured to date, raising $59 million last March from CRV, Caffeinated Capital and Slow Ventures before raising another $100 million in November from Benchmark, Thrive Capital and Coatue Management at a post-money valuation of $1.1 billion.

Liu suggested to Schleifer that Airtable didn’t need to raise outside funding, presumably thanks to the momentum its tools are enjoying with more than 80,000 organizations. According to a Forbes report late last year, one in six customers is paying for its freemium products, which includes a collaborative spreadsheet that can store images, videos, documents and URLs, all of which can be dragged around easily and make sense of otherwise disjointed endeavors.

“We’ve always had this long road ahead of us, and until somewhat recently, we’ve been able to sustain our operations without any external capital [owing to] a product that monetizes itself, from a customer base that gets real value from us.”

Asked then why Airtable would raise so much, giving up some company ownership to its investors in the process, Liu said there’s validity in the adage that the “best time to raise is when you don’t need to raise. You’re in the best position to make a case for investment if you’re at a point where you don’t need capital to survive.” 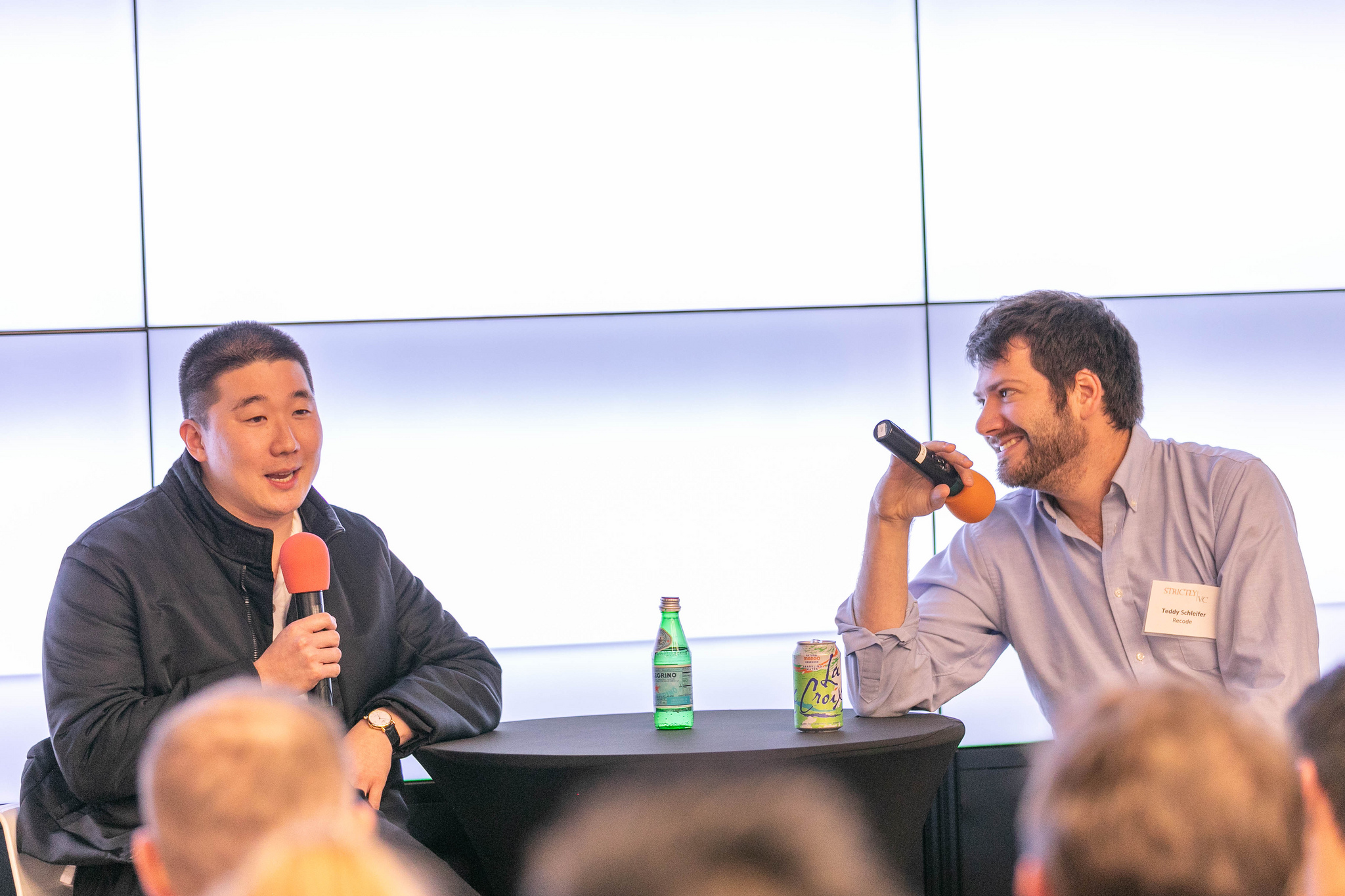 Indeed, don’t be surprised to see Airtable raise more money in the not-too-distant future, given its ambitions to be viewed as far more than a maker of productivity tools or spreadsheets or database products, though it offers all of these things.

“We’ve always been motivated by the fact that software is the most important medium ever created, or, at least, in the last 100 years, yet its potency is completely inaccessible to most of the world,” said Liu to Schleifer. “If you’re a programmer in Silicon Valley, you can tap into this very powerful technology as a medium for creative expression or economic value creation. Yet for everyone else, you get this kind of prefabricated result.”

Rather boldly, Liu continued on to say Airtable is creating a new category around democratizing software value to the entire world — and that it sees itself as peerless, for now. “For us at least, the way we see the world today, as we define the category that we’ve pioneered ourselves, it’s really more of this open territory. Maybe a serious competitor will enter at some point,” but Airtable plans to gather up as much market share as it can in the interim, he said.

Of course, there are many (many) productivity tools in the market with which Airtable competes. Liu, who reportedly favors simple black jackets, pants and shoes and was dressed accordingly for the event, doesn’t seem to care. In fact, he insisted at the event that an acquisition couldn’t be further from his mind. He noted that he’d sold his previous, very early-stage startup to Salesforce as a then recent-graduate of Duke University, but he suggested that Airtable is very much a long-term play that’s just getting started.

“We don’t entertain offers,” said Liu when asked who has been kicking the tires. “In order to get an offer, you have to at least accept an inbound invitation . . . and it’s literally not worth the time of day, talking. You do that if you want to hedge your bets and if you want a Plan B, if you need to bail out at some point, so you have this [potential partner].”

“And you think you can be a hundred billion, two-hundred-billion-dollar company at some point.”