It’s true that DoorDash offsets the amount it pays its drivers with customer tips, according to the FAQ page on its own site.

To be clear, drivers see the guaranteed amount in the app before deciding to accept or reject the order. That amount is based on the size of the order, whether or not you have to place the order in person, distance away, traffic and other factors.

On another page, DoorDash describes its payment structure as follows: $1 plus customer tip plus pay boost, which varies based on the complexity of order, distance to restaurants and other factors. It’s only when a customer doesn’t tip at all, which DoorDash told Fast Company happens about 15 percent of the time, that DoorDash is on the hook to pay the entire guaranteed amount.

Here’s an example of what Dashers see: 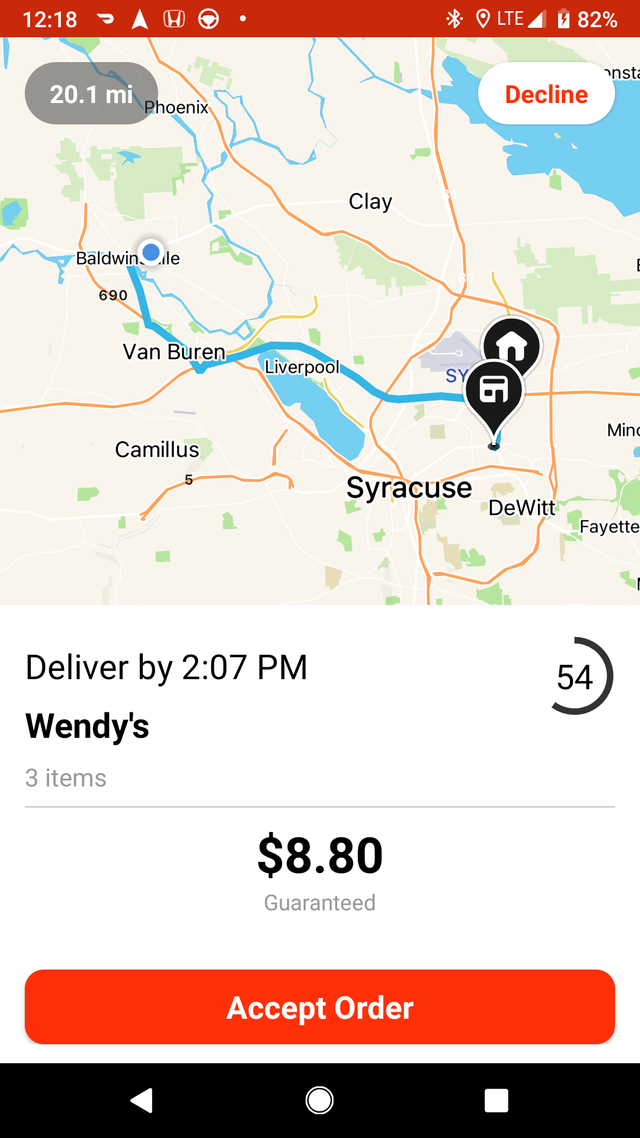 “DoorDash doesn’t show workers what part of the ‘guarantee’ is from tip and what part is from DoorDash,” Sage Wilson of labor organization Working Washington told TechCrunch in an email. “(Instacart’s old policy did show this, which is why it was easier to demonstrate.) So that’s exactly where their “transparency” stops— at the point when it’s clear they’re taking tips.”

And just because DoorDash is upfront about parts of its practice, it doesn’t mean drivers are okay with it. There’s a webpage, Reddit and Subreddits that all describe DoorDash’s practices.

While the tip may technically be going to the driver, it is only replacing the normal delivery pay. Your tip saves doordash money, and it is not increasing the drivers pay. Please tip in cash, if available.

In a statement to Bloomberg, DoorDash said it implemented this policy to “ensure that Dashers are more fairly compensated for every delivery.”

This comes shortly after Instacart apologized and announced it would stop engaging in that practice. In a blog post last week, Instacart CEO Apoorva Mehta said all shoppers will now have a guaranteed higher base compensation, paid by Instacart. Depending on the region, Instacart says it will pay shoppers between $7 to $10 at a minimum for full-service orders (shopping, picking and delivering) and $5 at a minimum for delivery-only tasks. The company will also stop including tips in its base pay for shoppers.

Amazon also reportedly engages in this practice, according to The Los Angeles Times.

I’ve reached out to DoorDash and will update this story if I hear back.

This story has been updated to reflect comments from Working Washington organizer Sage Wilson.

DoorDash is reportedly raising $500M at a $6B+ valuation