Last year, Charlie Bergevin and Brian Cristol, co-founders of Uber’s trucking logistics business Uber Freight, heard Reid Hoffman say Turvo had some of the best technology he had ever seen. Frustrated with the direction Uber Freight had taken, they called up Turvo’s founder and chief executive officer Eric Gilmore.

It wasn’t long before offers were on the table and now they’ve joined Turvo full-time. Cristol as head of enterprise partnerships and Bergevin as an enterprise partnerships executive. Bin Chang, a founding engineer at Uber Freight, is joining Turvo, too, a move I’m told Cristol and Bergevin were unaware of until they’d already accepted roles at the venture-funded startup. Chang begins February 11.

“Brian and Charlie … have contributed so much to incubate this business and scale it to where we are today,” Uber Freight chief Lior Ron wrote in an internal email to employees shared with TechCrunch. “They were always on the forefront of exploration and innovation and were able to constantly push themselves, and all of us, to the next frontier.”

Cristol and Bergevin were Uber’s first B2B sales hires when they joined the ride-hailing firm in 2016. Tasked with finding product market fit for Uber’s final-mile businesses under the “Uber Everything” initiative, they began learning about the truckload transportation and logistics industry. That’s when they linked up with Curtis Chambers, Uber’s long-time director of engineering. Together, the trio pitched their idea for a logistics business unit within Uber to then CEO Travis Kalanick. 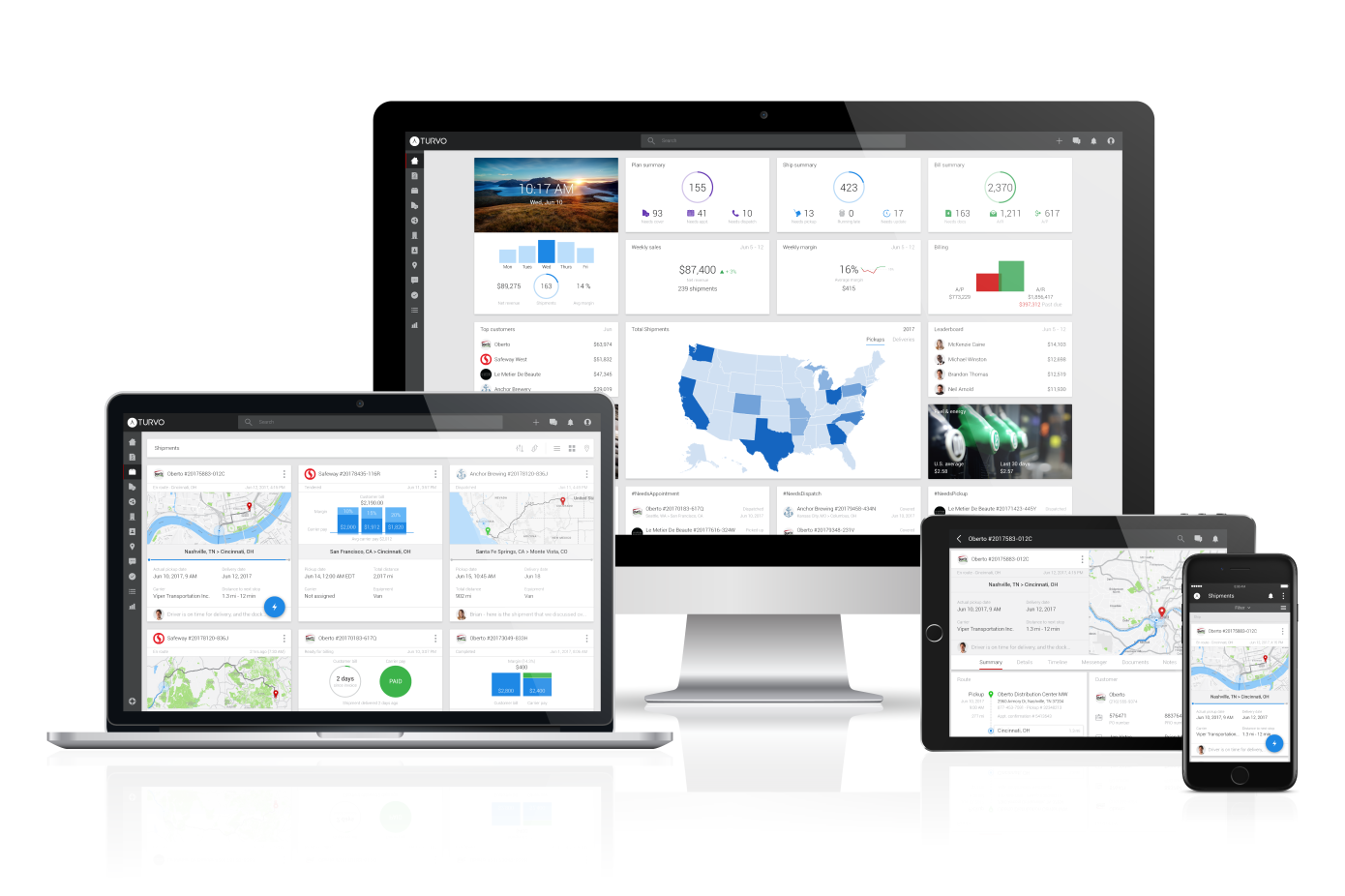 Turvo’s real-time logistics platformToday, Uber Freight has roughly 750 employees and $1 billion in revenue. While the loss of two of its key dealmakers, who established relationships with Uber Freight’s Fortune 1000 customers, is cause for concern, Cristol and Bergevin suggested the unit is a rocket ship waiting to take off.

“Uber Freight has by far the biggest market size and is by far the newest and it was made from scratch,” Bergevin told TechCrunch in reference to other Uber-branded businesses. “Sure we had the brand but with Uber Eats we had drivers, too, this was starting from scratch.”

So why are they leaving? The pair told TechCrunch they simply don’t feel like they are solving enough of the key issues plaguing the industry, particularly legacy systems. Uber Freight, for its part, focuses on freight brokerage, optimizing for top-line revenue. The business automates the backend operations that exist in transportation and truckload brokerage today, aggregating trucking fleets via the Uber Freight app and connecting drivers with shippers.

Turvo, on the other hand, works across the supply chain. The company, which has raised a total of $88.6 million at a $435 million valuation, according to PitchBook, helps shippers, brokers and carriers work together in real time using a software interface on their desktops and mobile phones. Turvo emerged from stealth two years ago with a $25 million Series A led by Activant Capital, with participation from Felicis Ventures, Upside Partnership, Slow Ventures and more. In November, the startup closed a Series B funding of $60 million led by Mubadala Ventures.

“Turvo’s platform is providing this solution to legacy logistics platforms and really maximizing all parts of the supply chain, not just pieces of it, which we were accustomed to at Uber,” Cristol told TechCrunch. “We were excited about how Turvo was innovating around the nucleus of logistics.”