In the early 2000s, actor Joseph Gordon-Levitt was frustrated with the roles he was being offered. Instead of starring in critically acclaimed indies, he was typecast as “the funny kid on TV” due to roles like Tommy from “3rd Rock from the Sun.”

So like anyone who matured alongside the internet, he created a website where he could ideate, produce and share his work. More than 10 years later, he wants to turn that pet project, called HitRecord, into a full-fledged technology company.

Gordon-Levitt, known for starring in “Inception,” “Snowden” and, my personal favorite, “10 Things I Hate About You,” tells TechCrunch that HitRecord has a team of 24 employees, with himself at the helm as chief executive officer, co-founder Jared Geller serving as president and co-founder Marke Johnson as creative director. The trio plan to use the investment to transform HitRecord from a traditional production company to a new collaborative media platform.

The company provides an online portal for artists to work together on projects, “building off of each other’s contributions, to create things [they] couldn’t have made on [their] own.” If projects created within the HitRecord community are sold, the creators are paid based on their original contributions. Since 2010, HitRecord has paid its community roughly $3 million.

HitRecord hasn’t accepted outside capital, until now. Initially, Gordon-Levitt used his own cash to push the company forward, and for the last five years, the startup has been cash-flow positive. I sat down with Gordon-Levitt to learn more about what he’s been working on and why he decided to pursue venture capital dollars. The following conversation has been lightly edited for length.

TC: How do you explain HitRecord in one sentence?

JGL: It’s a collaborative media platform where people make all kinds of creative things together. I guess that’s one sentence, but if I can keep going… As opposed to places where people post things that they’ve made on their own, this is a place where people collaborate, right? So they submit their ideas onto the platform and then they find people who want to collaborate with them and then they’re able to make money if the projects [find] a buyer.

We’ve done all kinds of monetized productions, but I certainly wouldn’t include money in the third or fifth or even 10th sentence of why people come to HitRecord.

TC: HitRecord launched a decade ago… what inspired you to create it?

JGL: I started HitRecord as this little hobby message board with my brother and it grew very slowly. It came out of a time in my life when I wanted to be an actor and I wanted to be in sort of like more serious Sundance movies and everyone was like, ‘oh, but you’re the funny kid on TV’ and you know, it was really painful for me. I said, okay, you know what, I can’t just wait around for someone to give me a part. I want to make my own things. And I started making my own. I started making videos and songs and stories and stuff. And my brother helped me set up a website that we called HitRecord. We didn’t spend any money; we had no intention of making any money. It was just a fun thing we were doing.

So I’ve been working on something for years, along with everyone here @hitRECord. No joke—YEARS! Today’s the first day I’m talking about it… https://t.co/F0BYFupaor pic.twitter.com/OeCMkKhUFx

TC: And now you want to expand it into a full-fledged tech platform. But… you’re cash-flow positive and you’ve built a solid community of avid users, why take venture money?

JGL: You know, it started as just a hobby that I was doing for fun. We launched it as a production company as a way to do more ambitious, creative things and do it with everybody. But if you talk to our users, what people really enjoy is having that experience of being creative and being creative with other people because I think honestly, being creative is really hard alone. Venture money will not only allow us to do even cooler productions, but it’ll also allow this whole other world and more people to participate.

TC: Now that you’re venture-funded, how do you plan on making money for your investors?

JGL: So historically, the way we’ve made money was as a production company, and the collaborative efforts of our community and our staff made money because we turned something into a TV show, or we licensed it to a brand or we did any number of things that generated revenue. [HitRecord partnered with Ubisoft earlier this year to allow artists and musicians to contribute their own content to be used in its game, for example.] So moving forward, as we grow into a collaborative platform, the idea is that it’s not just our staff that’s leading these projects and letting people collaboratively finish them. The idea is anybody could come to start their own thing and there will be better tools to self-organize and find your collaborators.

TC: And how do you better monetize once you’ve expanded your user base?

JGL: I think, look, we were not ready to talk about exactly how we would make money that way. I think we have a number of ideas. There are ways that the internet gets monetized these days that I think incentivize the wrong things like attention for myself and I don’t want to enter into a business model that incentivizes that kind of behavior. 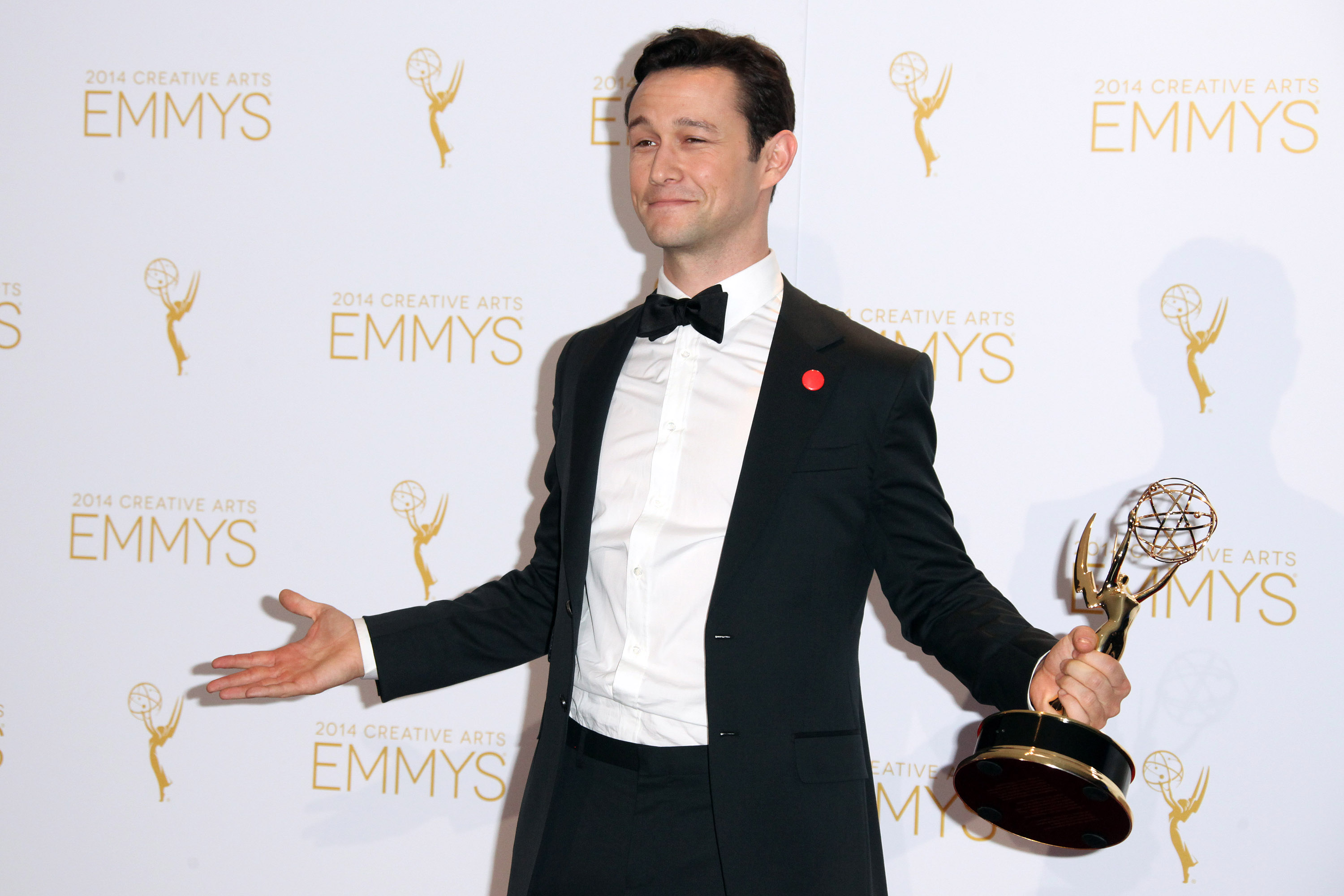 TC: What was the process of raising venture capital like? Did being Joseph Gordon-Levitt make it a little less terrible?

JGL: I think, honestly, it was a double-edged sword. I think there was justified skepticism and people would assume that oh, I’m an actor so I can’t start a company and I faced a certain amount of that skepticism. I don’t blame anybody for having that. The assumption is that there’s not any substance behind the company or the idea, that it’s all sizzle and no steak.

But we’re also not really a startup, per se. It’s not like I was going into these offices and saying, like, I have an idea. It’s like, here’s what we’ve done for the last 10 years and we’ve been cash flow positive five years. We know how to run a business. It’s just we’ve been running a production company business, now we want to run something that’s more like a technology business.

JGL: My ultimate goal is for my acting career and HitRecord to kind of become one in the same thing. I would love to be, you know, developing a movie not for a Hollywood studio, but like in this new collaborative way for HitRecord. I mean, we won an Emmy for our TV show. We’re about to release this special that we’re doing with Logic, the rapper, and he used the platform to lead a collaboration and make a song and a music video and we documented the process and that special is going to come out on YouTube. What I really want is to be able to put an app in Logic’s hand where he goes like, oh, I understand this and is able to use it instantly. We don’t have that app yet. This is why we raised capital.