A blood-splattered Theranos machine nearly pricks an employee struggling to fix it. This gruesome graphical rendering is what you’ll walk away with from HBO’s “The Inventor.” It finally gives a visual to the startup’s laboratory fraud detailed in words by John Carreyrou’s book “Bad Blood.”

The documentary that premiered tonight at Sundance Film Festival explores how the move-fast-and-break-things ethos of Silicon Valley is “really dangerous when people’s lives are in the balance,” as former employee and whistleblower Tyler Shultz says in the film. Theranos promised a medical testing device that made a single drop of blood from your finger more precise than a painful old-school syringe in your vein. What patients ended up using was so inaccurate it put their health in jeopardy.

But perhaps even more frightening is the willingness of Theranos CEO Elizabeth Holmes to delude herself and everyone around her in service of a seemingly benevolent mission. The documentary captures how good ideas can make people do bad things. 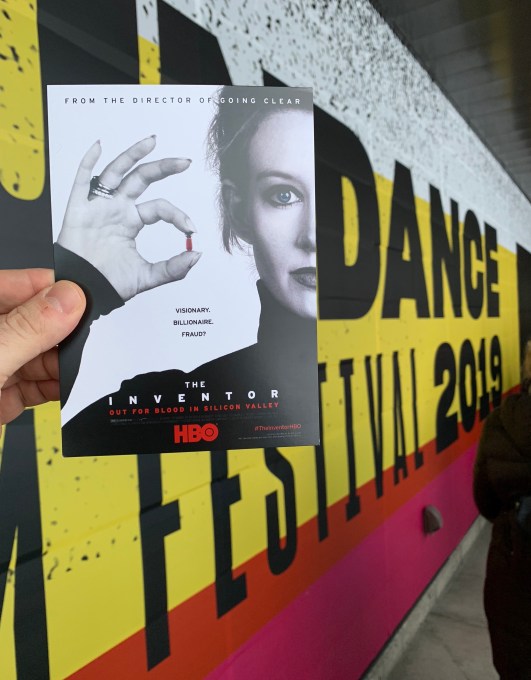 “The Inventor: Out for Blood in Silicon Valley” juxtaposes truthful interviews with the employees who eventually rebelled against Holmes with footage and media appearances of her blatantly lying to the world. It manages to stick to the emotion of the story rather than getting lost in the scientific discrepancies of Theranos’ deception.

The film opens and closes with close-ups of Holmes, demonstrating how the facts change her same gleaming smile and big blue eyes from the face of innovative potential to that of a sociopathic criminal. “I don’t have many secrets,” she tells the camera at the start.

Though the film mentions early that her $9 billion-plus valuation company would wind up worth less than zero, it does a keen job of building empathy for her that it can tear down later. You see her tell sob stories of death in the family and repeat her line about building an end to having to say goodbye to loved ones too soon. You hear how she’s terrified of needles and how growing up, “my best friends were books.”

But then cracks start to emerge as old powerful men, from professors to former cabinet members, faun over Holmes and become enthralled in her cult of personality as validation snowballs. Oscar-winning director Alex Gibney has a knack for creeping dread from his experience making “Enron: The Smartest Guys in the Room” and “Going Clear: Scientology and the Prison of Belief.” He portrays Holmes’ delusions of grandeur with shots of her portrait beside those of Archimedes, Beethoven and her idol Steve Jobs.

The first red flag comes when Holmes names her initial device Edison after the historic inventor the film assures you was quite a fraud himself. Soon, sources from inside the company relay how the Edison and subsequent Theranos hardware never worked right but that demos were faked for customers and investors. Instead of sticking to a firm timeline, Gibney bounces around to hammer home the emotional arcs of employees from excited to dubious, and of Holmes from confidence to paranoia.

Carreyrou’s “Bad Blood” meticulously chronicled every tiny warning sign that worried Theranos’ staff in order to build a case. But the author’s Wall Street Journal day job bled through, sapping the book of emotion and preventing it from seizing the grandeur of the tale’s climactic moments.

Gibney fills in the blanks with cringe-inducing scenes of Theranos’ faulty hardware. A “nanotainer” of blood rolls off a table and fractures, a biohazard awaiting whoever tries to pick it up. The depiction of working in Theranos’ unregulated laboratory scored the biggest gasps from the Sundance audience. Former employees describe how Theranos recruited drifters they suspected of hepatitis as guinea pigs. Their stale blood evaporates into the air surrounding machines dripping with inky red, covered in broken test tubes. Gibney nails the graphics, zooming in on a needle spraying droplets as a robotic arm sputters through malfunctions. I almost had to look away as the film renders a hand reaching into the machine and only just dodging an erratic syringe. 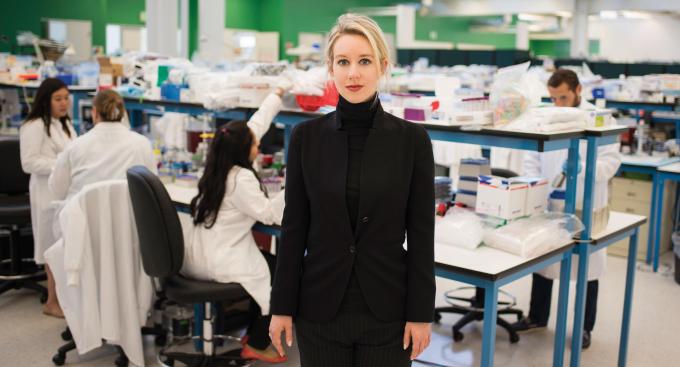 A still from “The Inventor: Out for Blood in Silicon Valley” by Alex Gibney, an official selection of the Documentary Premieres program at the 2019 Sundance Film Festival. Courtesy of Sundance Institute | photo by Drew Kelly.

At times, Gibney goes a bit too melodramatic. The toy music box twinkling foreshadows a dream becoming a nightmare, but it gets maddening after an hour straight. The pacing feels uneven, sometimes bogged down in Holmes’ personal relationships when later it seems to speed through the company’s collapse.

Though elsewhere, the director harnesses the nervous laughter coping mechanism of the former employees to inject humor into the grim tale. With accuracy so low, Shultz jokes that “if people are testing themselves for syphilis with Theranos, there’s going to be a lot more syphilis in the world.” Visual dramatizations of journalists’ audio recordings of Holmes and the eventual legal disputes bring this evidence to life. 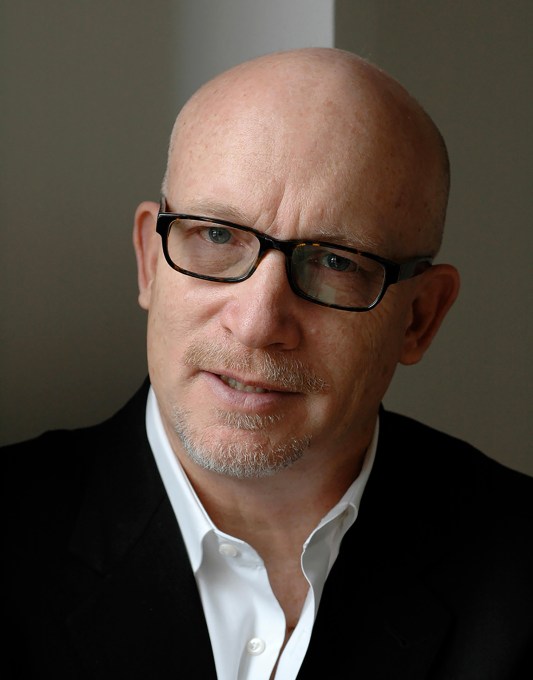 Alex Gibney, director of “The Inventor: Out for Blood in Silicon Valley,” an official selection of the Documentary Premieres program at the 2019 Sundance Film Festival. Courtesy of Sundance Institute.

The most touching scene sees Fortune’s Roger Parloff on the brink of implosion as he grapples with giving Holmes her first magazine cover story — momentum she used to eventually get Theranos’ useless hardware in front of real patients who depended on its results.

The Inventor succeeds at instilling the lesson without getting too preachy. It’s fine to be hopeful, but don’t ignore your concerns no matter how much you want something to be real. It takes an incredibly complex sequence of events and makes it at once gripping and informative. If you haven’t read “Bad Blood” or found it drab, “The Inventor” conveys the gravity of the debacle with a little more flare.

Yet the documentary also gives Holmes a bit too much benefit of the doubt, suggesting that hey, at least she was trying to do good in the world. In the after-film panel, Gibney said, “She had a noble vision . . . I think that was part of why she was able to convince so many people and convince herself that what she was doing was great, which allowed her to lie so effectively.” Carreyrou followed up that “she was not intending to perpetrate a long con.”

Yet that’s easier to say for both the director and the author when neither of their works truly investigated the downstream health impacts of Theranos’ false positives and false negatives. If they’d tracked down people who delayed critical treatment or had their lives upended by the fear of a disease they didn’t have, I doubt Holmes would be cut so much slack.

Some degree of “Fake it ’til you make it” might be essential to build hard technology startups. You must make people believe in something that doesn’t exist if you’re to pull in the funding and talent necessary to make it a reality. But it’s not just medical, hardware, or “atoms not bits” startups that must be allegiant to the truth. As Facebook and WhatsApps’ role in spreading misinformation that led to mob killings in India and Myanmar proved, having a grand mission doesn’t make you incapable of doing harm. A line must be drawn between optimism and dishonesty before it leads to drawing chalk outlines on the ground.