Two years ago this week, AppDynamics was about to IPO. Then Cisco swooped in with a big fat check for $3.7 billion and plans changed quickly. Today, as part of Cisco, the company announced it was expanding its monitoring vision across the business with a number of enhancements to its product suite.

AppDynamics CEO David Wadhwani says the company wants to monitor your technology wherever it lives in the enterprise, from serverless to mainframe. That kind of comprehensive view of a customer’s computing environment requires a level of built-in intelligence, and being part of a large organization like Cisco helped move more quickly toward this approach.

Last year when Cisco bought Perspica, a machine learning startup, it folded the engineering team into AppDynamics with a plan to make the product more intelligent. Given the sheer amount of information, a product like AppDynamics is monitoring, it’s a perfect use case for machine learning, which feeds on copious amounts of data.

Today the company announced the fruit of that labor in the form of a new Cognition Engine. Instead of simply pointing out that there is a problem, and leaving it to the DevOps team to figure out the root cause, the Cognition Engine handles both in an automated way. When you combine that with a rules engine, you can move from detection to root cause analysis to remediation much more quickly than in the past. Eventually Wadhwani expects the Cognition Engine can learn from the rules engine and begin to build even more automated fixes. 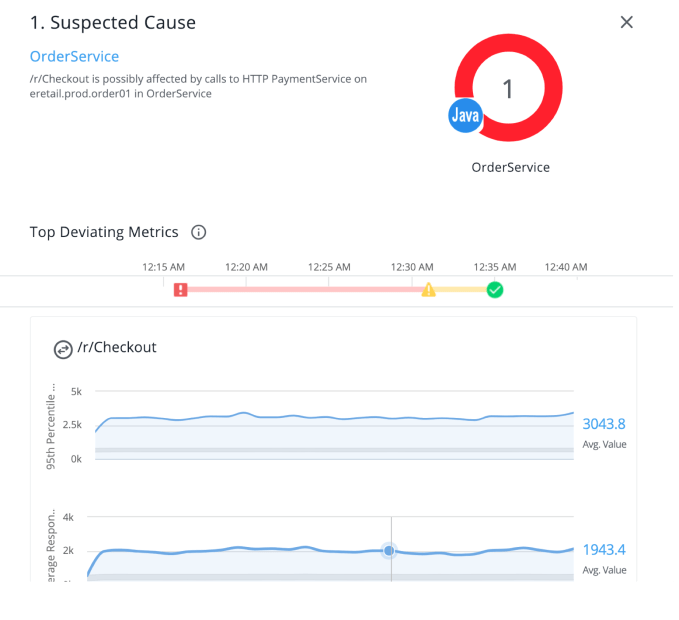 The company is also announcing some new monitoring capabilities, including AWS Lambda, the serverless service, which has been gaining momentum in recent years among developers. The approach poses challenges to a monitoring tool like AppDynamics because the application doesn’t sit on a defined virtual machine, but instead uses ephemeral resources, served up by AWS at any given moment based on resource requirements. AppDynamics now offers a way to trace transactions on this type of infrastructure.

Finally, now that it’s part of the Cisco family, the product is looking not only at the application layer, it is expanding that vision to incorporate the networking infrastructure as well to help understand issues and set policies just as it does with applications.

All of this is part of what Cisco is calling a “central nervous system” for enterprise computing. It’s a marketing term designed to encompasses the overall vision of trying to locate issues, find the causes and fix them in as automated a way as possible across the enterprise computing landscape.

Why the $3.7 billion AppDynamics acquisition happened right before IPO