Tamara Davison Contributor
Tamara Davison is a British journalist reporting from Mexico. She has written for The i Newspaper and Entrepreneur as well as many regional newspapers worldwide, and she is the current editor of Aztec Reports.

After spending eight months in an immigration facility in the United States, Abimael Hernandez made the tough decision to return to Mexico.

He had spent 14 years in Florida and was leaving behind his wife and three children to return to Mexico so he could go through the process of returning to the United States legally.

Hernandez didn’t want to live in fear of being pulled over by police; he longed to own a car in his name and he didn’t want his immigration status to be illegal any longer.

Upon his return to Mexico, Hernandez had worked in construction, call centers and sold CDs before finally being given an opportunity that made a return to the United States less appealing. Hernandez now works as a software developer at Ignite Commerce in Mexico and has integrated well into the country that he at first struggled to identify as home.

Hernandez’s struggle to adjust and adapt to life in a new country mirrors that of other migrants who are returning to Mexico. And ongoing U.S. government attempts to put an end to the DACA program instituted under President Barack Obama, an initiative which protected as many as 800,000 unauthorized migrants that had come to the United States as children, are pushing many others along the same path.

For the people facing an increasingly hostile environment for migrants who choose — or are forced — to return to Latin America, little support awaits.

What tends to lie in store for these deportees and returnees in Mexico is usually low-paying service employment. For those with an undocumented status especially, no collateral in Mexico leads to problems in accessing finances, whilst having spent the majority of their lives in the United States, barriers in the Spanish language mean some returnees fail to be accepted into the Mexican education system.

Though there are some government initiatives aimed at supporting deportees by providing shelter and food, this usually bilingual cohort is prone to unemployment, as well as the mental struggle assigned to the frustrations of reintegrating into a country with which many can’t identify.

It is the hardship of reintegration that inspired the foundation of Hola Code, the only Mexican startup of its kind that currently runs in the country. Founded by CEO Marcela Torres just last year, Hola Code is coined as hackers without borders and is a startup that offers a coding bootcamp for migrants, ensuring that this young generation, new to Mexico, does not slip under the radar.

Geared at supporting the integration of deportees, the startup is prepping Mexicans to enter into a high-demand sector through an intensive five-month software development training program that gives the students qualification, even though many have started from scratch.

‘‘We don’t know of any social enterprises or even regular startups that are actually tackling migration in Mexico,’’ Torres recently told TechCrunch. Although migration and deportations continue to make headlines, it appears that Hola Code might be the only Mexican startup trying to do anything about it.

Backed by San Francisco-based Hack Reactor, the Mexican organization costs nothing until graduates have secured a full-time job, and pays their students a monthly stipend without any bureaucratic red tape.

Collectively venturing into Mexican society with peers in a similar position, most Hola Code students also don’t plan to return to the United States and want to use their skill set in the ever-growing Mexican tech ecosystems. For former student Hernandez, he remains grateful for the support network that Hola Code became for him.

‘‘If Mexico had more opportunities like Hola Code I think returnees would definitely think about not going back to the United States and other countries,’’ he said.

The question now remains as to how international policies will continue to affect Latin American families in the future.

‘‘You create the program in the hopes that one day that you will run out of work,’’ CEO and co-founder Marcela Torres ambitiously explained. 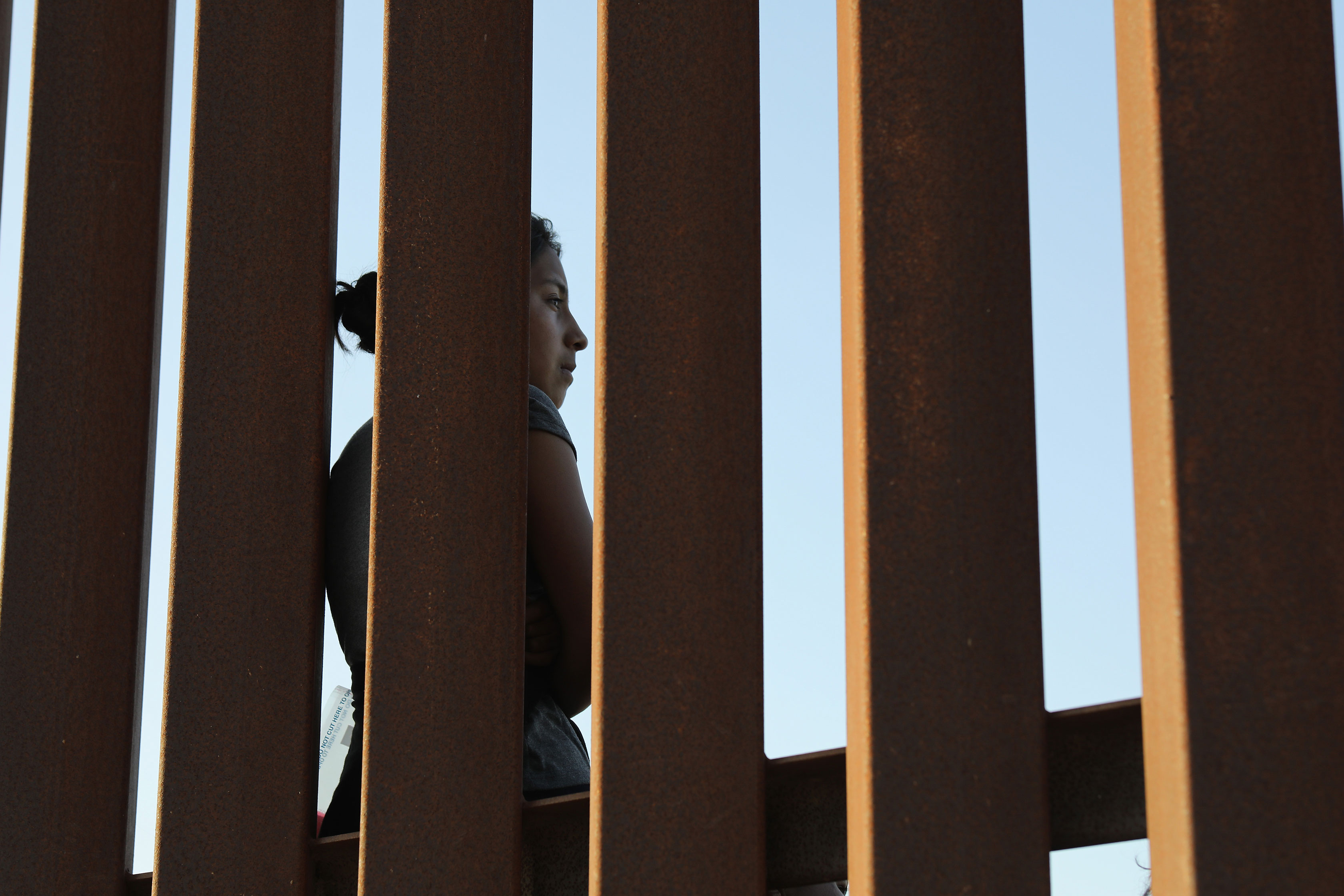 The bittersweet reality is that Hola Code has, in fact, blossomed within the past year, with now more than 400 monthly applications from Mexicans and Central American migrants that are seeking refuge in the country. Although the organization celebrates the achievements of their alumni, who tend to quickly ascend into well-paid tech jobs across Mexico, the coding bootcamp is never short of work, and is now looking to open an office in Tijuana to be closer to the border.

The journey for the startup’s female founder, one of a small number of women in Mexican tech leadership, has also not been an easy feat.

‘‘It’s very difficult for a woman that has designed a business plan and has ideas to be taken seriously,’’ Torres explains. ‘‘It took me a long time to find the original investors that would believe in my idea and in my capacity, as well, to run the organization because this is the first startup that I have executed.’’

The cultural burdens that still exist in Mexico is a reality that deters many women from entering into the entrepreneurial scene within the country. From finding investors to promoting an idea, it is the issue of being taken seriously that is most effective at stalling Mexico’s female entrepreneurs.

‘‘I think that it’s important for younger women to start seeing us out there trying to take risks and thinking that they can do it as well. Even if they’re not successful, that it’s something that is available and achievable for them.’’

Confronted by her own hurdles in becoming the tech leader of Hola Code today, however, her organization does much more than just in-depth coding. From encouraging young Mexican women to leap into business and tech, to helping each student find a job, Torres speaks of the hope, security and routine that every Hola Coder gathers as they become immersed in Mexican life through this community.

‘‘Helping them navigate the expectations of how to start a career in tech is one of the things that we work on and therefore it means that they develop the right skill set, and once they finish the program, to be able to successfully jump into big areas such as banking.’’ 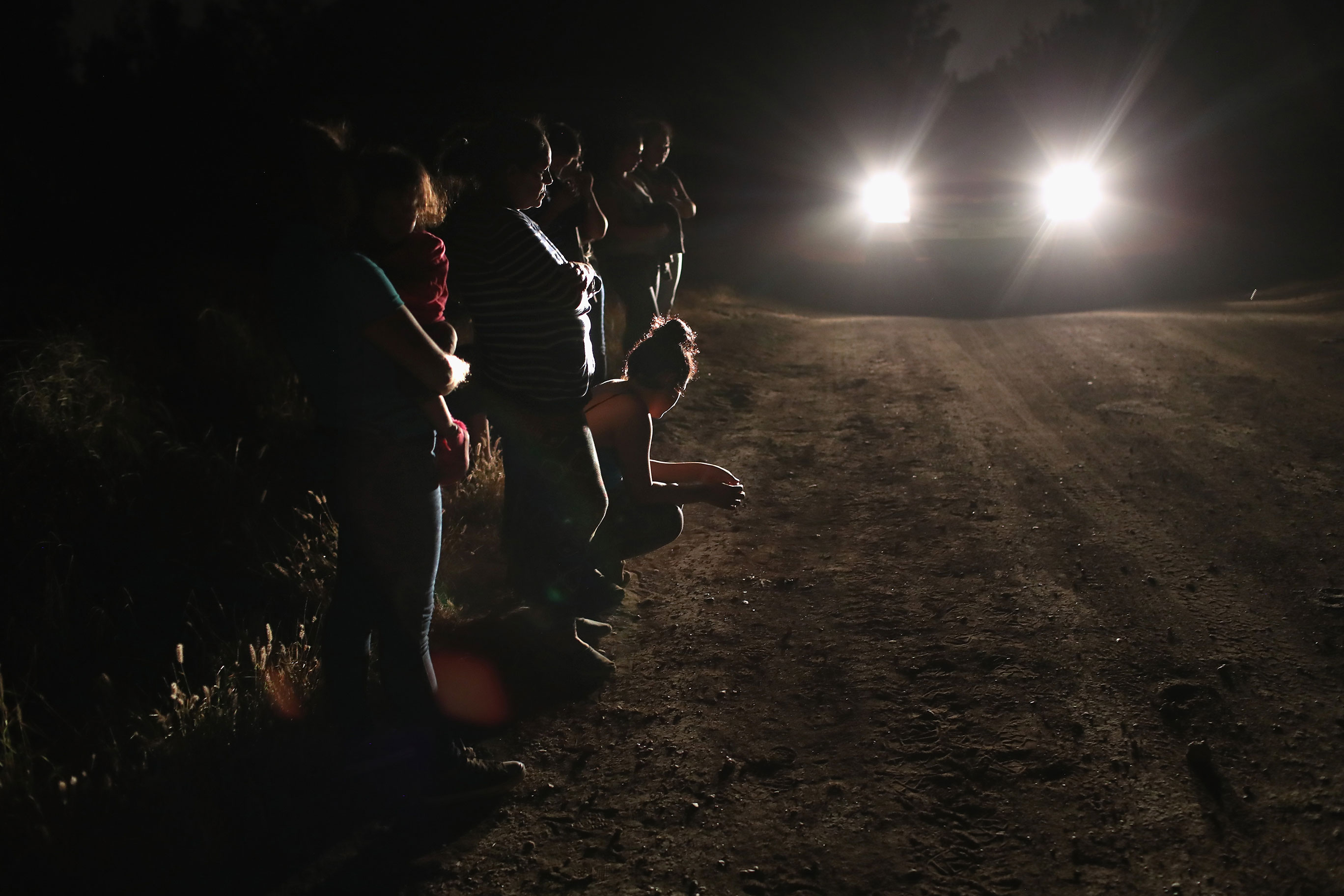 MCALLEN, TX – JUNE 12: Central American asylum seekers wait for transport while being detained by U.S. Border Patrol agents near the U.S.-Mexico border on June 12, 2018 in McAllen, Texas. The group of women and children had rafted across the Rio Grande from Mexico and were detained before being sent to a processing center for possible separation. Customs and Border Protection (CBP) is executing the Trump administration’s “zero tolerance” policy towards undocumented immigrants. U.S. Attorney General Jeff Sessions also said that domestic and gang violence in immigrants’ country of origin would no longer qualify them for political asylum status. (Photo by John Moore/Getty Images)

Former student Miriam Alvarez is now a software engineer for SegundaMano. Growing up in the United States, Mexican Universities did not accept her U.S. documents and she too began working in a call center before hearing about the project, applying just days before the application deadline. ‘‘It’s OK to not know everything, but you should always be open to trying new things and learning something new,’’ Alvarez said, speaking of the broader messages that Hola Code delivers.

The overwhelming lessons that all Hola Code’s alumni praise is how the bootcamp delivers more than just coding, but also important life skills that allow for the transition to Mexico to be easier. Through reasoning and problem solving, many are grateful for the structure and direction that Hola Code provides Mexicans new to the country.

Though many of their students had joined Hola Code feeling “American,” the values that the group provides adds to the larger picture of Mexico’s growing tech scenes.

‘‘The biggest challenge for the tech sector in the country is access to human capital and the second one is retaining the talent.’’ By fine-tuning the country’s coding talent pools with bicultural young developers that speak English, Spanish and also JavaScript, the organization contributes to growing tech hubs such as Tijuana, Guadalajara and Mexico City, which are increasingly gaining global attention.

Hola Code is one of just a few life-changing organizations filling the gap in an immigration story that is seldom covered by the media.

Providing social mobility to people that have been forced to return through education, employment and exposure to tech pioneers, Hola Code’s alumni are spreading the message of integration through education far and wide across the globe.

As long as the fragility of migration continues to be tested, however, Torres and her team have work to do in their mission to produce Mexico’s next pioneering coding generation.