Did you blow enough money on Uber to get Diamond status? A lot of users are finding out tonight as Uber rolls out its rider loyalty Rewards program to San Francisco and a slew of other cities. The feature calculates how much you’ve spent on Uber and Uber Eats in the last six months and awards you perks like no-fee cancellations if you rebook, guaranteed prices between your two favorite spots and free car upgrades. Uber confirms to TechCrunch that Rewards will roll out to the entire U.S. soon, but is now available in 25 places across the country.

Uber Rewards is a bit too complicated for everyone to quickly understand, but it does a good job of offering powerful perks and a way for everyone to earn $5 rebates. The program could discourage users from checking other ride-hailing apps if their Uber’s ETA or price seems too high.

Meanwhile, Lyft’s loyalty program remains unseen. The competitor tried to steal the spotlight by announcing its own rewards system just two days before Uber, yet it seems like that was vaporware as it still hasn’t launched. Uber was far from first here, as Southeast Asia’s Grab has had rewards since 2016. But Uber could flex its deep pockets and cultural cache by using slick product design to differentiate itself in a crowded market of lookalikes.

How to use Uber Rewards

Luckily, almost everything in Uber Rewards happens automatically. All you have to do is look out for the invitation to join at the bottom of the home screen and activate it. You’ll then see your tier and the associated perks that you’ll get to keep for the next six months.

The only non-retroactive perk is the $5 credits you get for each 500 points you earn going forward. You get 1 point per dollar spent on UberPool, Express Pool and Uber Eats; 2 points on UberX, Uber XL and Uber Select; and 3 points on Uber Black and Black SUV. The one perk you have to configure yourself is if you’re “Platinum,” you’ll have to choose which route to get price protection for. You probably want to pick your home and your most frequent destination or one of reasonable distance that you often travel to or from during rush hour.

Now, here’s a breakdown of the Uber Rewards tiers, the best perks and how much Ubering it takes to earn them (from our November post announcing the feature):

The only Uber perk that doesn’t reset at the end of a period is that you get $5 of Uber Cash for every 500 points earned regardless of membership level. “Even as a semi-frequent Uber Rewards member you’ll get these instant benefits,” says Uber’s director of product for riders Nundu Janakiram. Blue lets you treat Uber like a video game where you’re trying to rack up points to earn an extra life. To earn 500 points, you’d need about 48 UberPool trips, 6 Uber Xs and 6 Uber Eats orders. 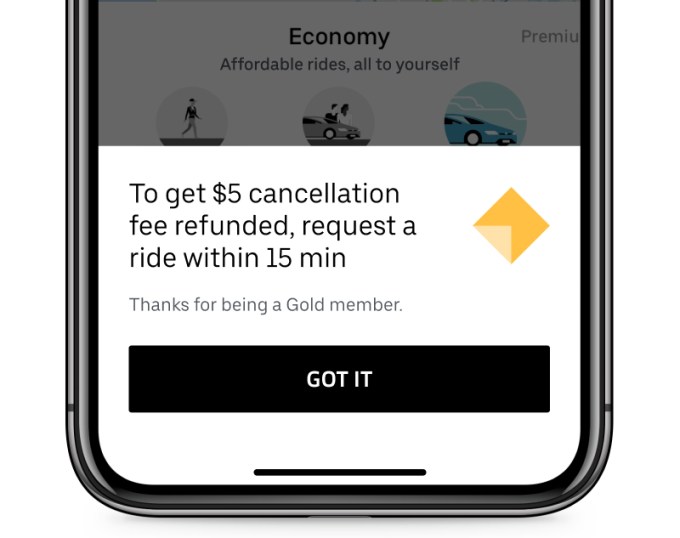 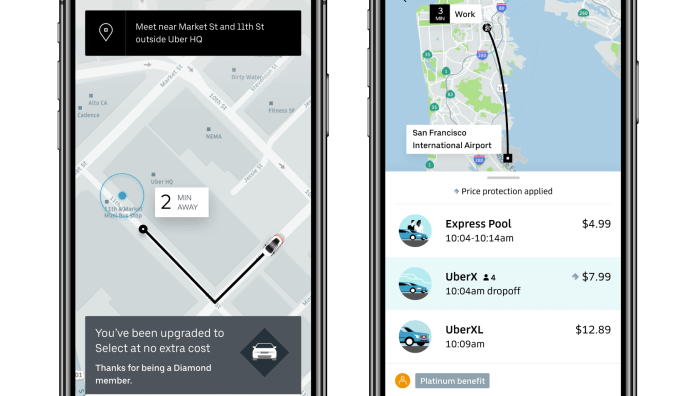