Electric vehicle competition is heating up and it’s pushing some of the first entrants to add range and other features in hopes of keeping up with automakers that are just bringing EVs to the market.

Nissan has been in this EV game for nearly nine years now. The company has sold more than 380,000 Leaf vehicles globally since the EV first went on sale in 2010. And while it debuted a refreshed version of its all-electric Leaf just 16 months ago, the automaker is back with another Leaf variant that’s packing a lot more range and power, as well as several other new features.

Nissan unveiled this week at CES 2019 the Leaf e+, a version of the Leaf all-electric hatchback with 40 percent more range. The Leaf e+ has a 62 kilowatt-hour battery pack that has a range of 226 miles. That puts the Leaf e+ just under the Chevy Bolt EV, which has a 238-mile range, the upcoming Kia Niro EV with 239 miles and the Tesla Model 3 mid-range variant with 264 miles.

Consumers might have trouble distinguishing the Leaf and Leaf e+. Other than a 5-millimeter increase in overall height (16-inch wheels), the car’s exterior and interior dimensions are unchanged. The Leaf e+ has a revised front fascia with blue highlights and an “e+” logo plate on the underside of the charge port lid. Inside, drivers might notice the blue contrast stitching on the steering wheels, seats and door trim. 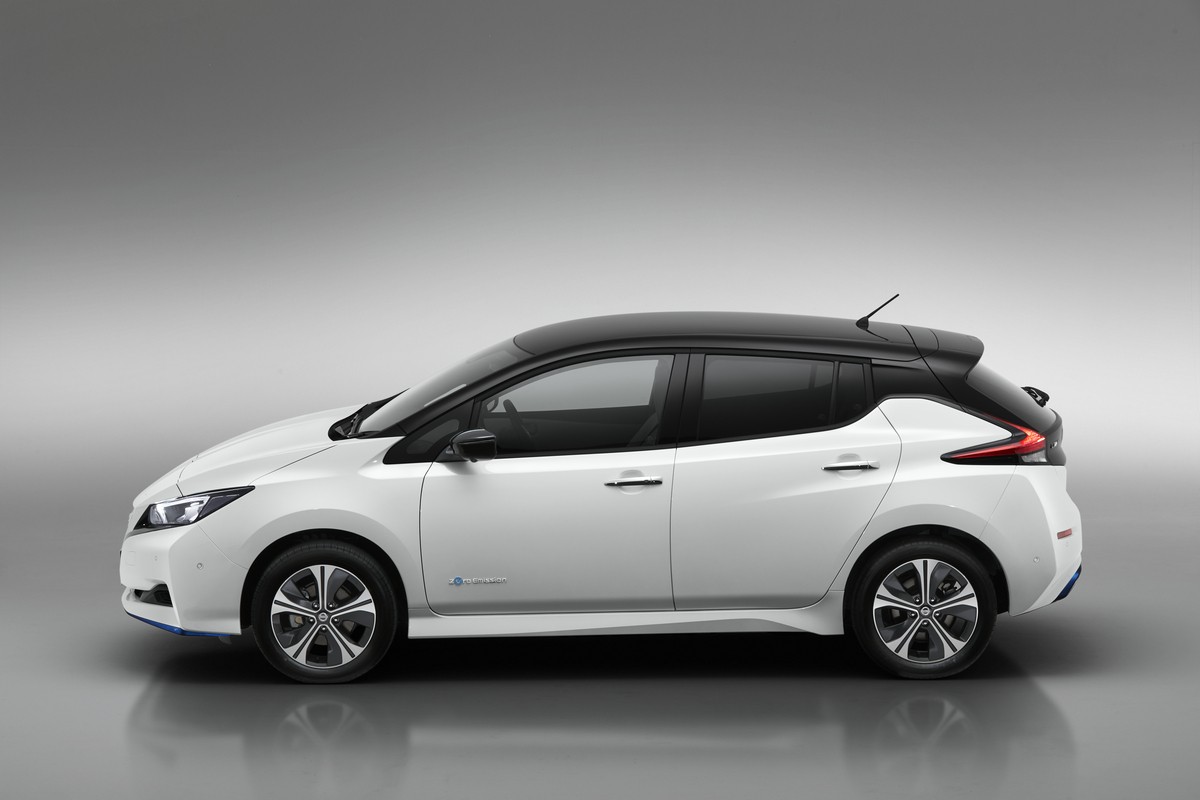 The Leaf e+ is also equipped with advanced driver assistance technology known as ProPILOT and a one-pedal driving mode feature that allows the driver to start, accelerate, decelerate and stop using only the accelerator pedal.

ProPILOT is an in-lane semi-autonomous driving technology that can automatically adjust the distance to the vehicle ahead (some call it adaptive cruise control), using a speed preset by the driver. The system can also help the driver steer and keep the vehicle centered in its lane. ProPILOT Park, which is available only on Japan and EU models, is a system that can provide vehicle acceleration, braking, handling, shift changing and parking brake operation to guide the car into a parking spot.

Leaf e+ models in North American and EU will have a larger full-color 8-inch display, with an updated navigation system that can be linked to a compatible smartphone. This thin film transistor display features smartphone-like operation, including swiping, scrolling and tapping. Applications, maps and firmware are updated over the air, instead of having to manually update by USB or at a Nissan dealership, the company said.

Other new features include “Door-to-Door Navigation,” which syncs the vehicle’s navigation system with a compatible smartphone for driving and walking directions. 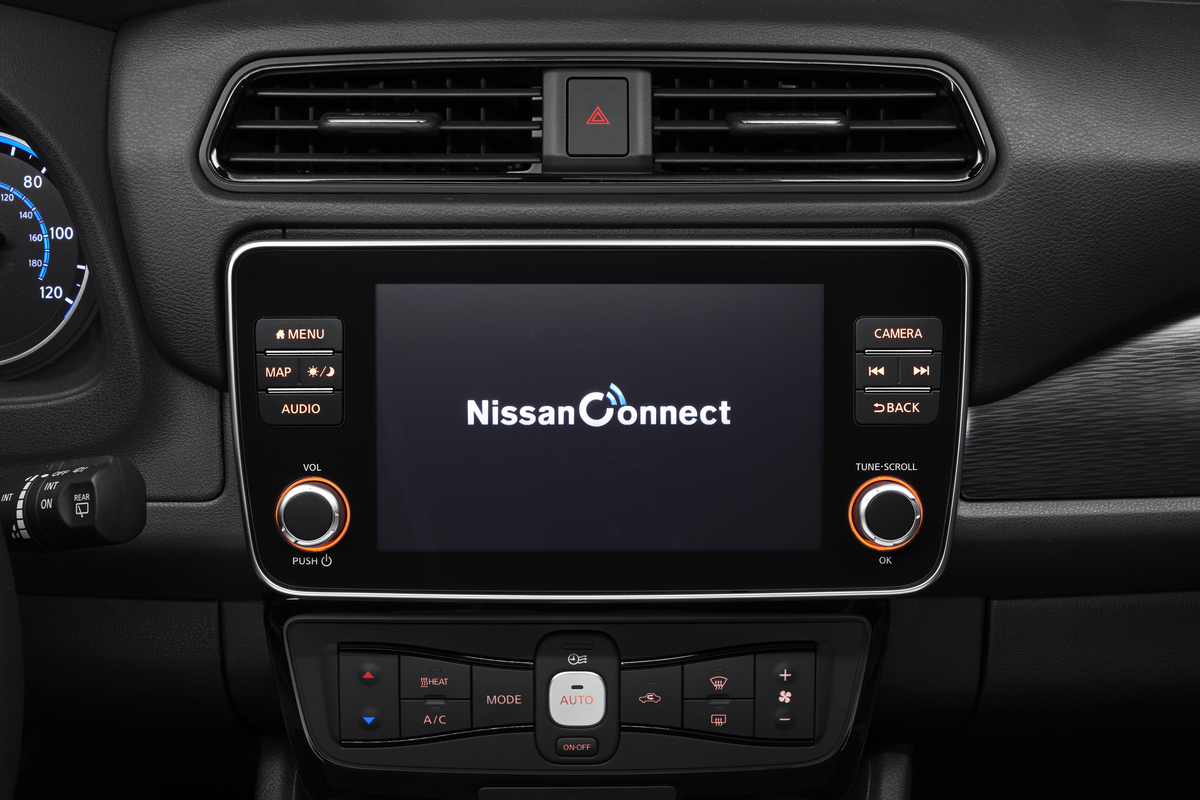 The big story here, of course, is the increased range and power. The Leaf e+ has a new electric powertrain that, combined with the battery, produces 160 kw of power and 340 Nm of torque. This means the Leaf e+ will have the get up and go required for merging and passing slower-moving vehicles on the highway.

Nissan says the Leaf e+ is 13 percent quicker when accelerating from about 50 mph to roughly 74 mph. The top speed has increased by about 10 percent.

The Leaf e+ also has a high-speed charging package — for those who want to pay for that feature — that will let drivers charge up to 80 percent of its range in 40 minutes. Based on early testing, Nissan Leaf e+ owners can expect similar charging times when hooked up to a 100 kW charger as current Nissan Leaf owners do with a 50 kW charger, despite a 55 percent larger battery storage capacity, the company said.

The new variant is expected to hit Nissan dealerships in Japan in late January. U.S. sales are expected to begin in the spring of 2019, and European sales will start in mid-2019.