Two years ago, Apple killed the headphone port. I still haven’t forgiven them for it.

When Apple announced that the iPhone 7 would have no headphone port, I was pretty immediately annoyed. I figured maybe I’d get over it in a few months. I didn’t. I figured if worse came to worse, I’d switch platforms. Then all of the other manufacturers started following suit.

This, of course, isn’t a new annoyance for me. I’ve been hating headphone adapters on phones right here on this very website since two thousand and nine. For a little stretch there, though, I got my way.

It was a world full of dongles and crappy proprietary audio ports. Sony Ericsson had the FastPort. Nokia had the Pop-Port. Samsung had like 10 different ports that no one gave a shit about. No single phone maker had claimed the throne yet, so no one port had really become ubiquitous… but every manufacturer wanted their port to become the port. Even the phones that had a standardized audio jack mostly had the smaller 2.5mm port, requiring an adapter all the same. 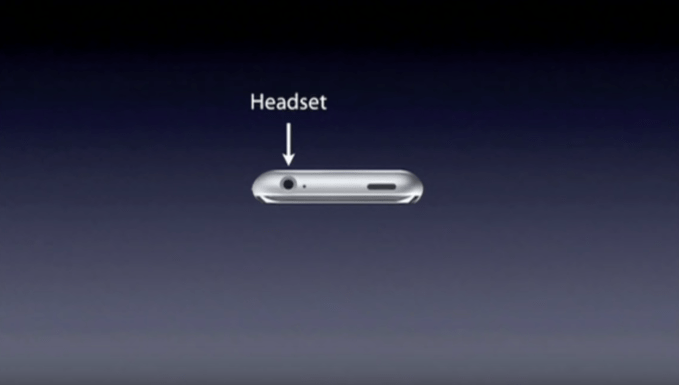 Then came the original iPhone with its 3.5mm headphone port. It was a weird recessed 3.5mm port that didn’t work with most headphones, but it was a 3.5mm port! Apple was riding on the success of the iPod, and people were referring to this rumored device as the iPod Phone before it was even announced. How could something like that not have a headphone port?

Sales of the iPhone started to climb. A few million in 2007. Nearly 12 million in 2008. 20 million in 2009. A tide shifted. As Apple’s little slab of glass took over the smartphone world, other manufacturers tried to figure out what Apple was doing so right. The smartphone market, once filled with chunky, button-covered plastic beasts (this one slides! This one spins!), homogenized. Release by release, everything started looking more like the iPhone. A slab of glass. Premium materials. Minimal physical buttons. And, of course, a headphone port.

Within a couple years, a standard headphone port wasn’t just a nice selling point — it was mandatory. We’d entered a wonderful age of being able to use our wired headphones whenever we damn well pleased.

Then came September 7th, 2016, when Apple had the “courage” to announce it was ditching the 3.5mm jack (oh, and also by the way check out these new $150 wireless headphones!).

Apple wasn’t the first to ditch the headphone port — but, just as with its decision to include one, its decision to remove it has turned the tide. A few months after the portless iPhone 7 was announced, Xiaomi nixed the port on the Mi 6. Then Google ditched it from its flagship Android phone, the Pixel 3. Even Samsung, which lampooned Apple for the decision, seems to be tinkering with the idea of dropping it. Though leaks suggest the upcoming Galaxy S10 will have a headphone port, the company pulled it from the mid-range A8 line earlier this year. If 2016 was the year Apple took a stab at the headphone jack, 2018 was the year it bled out.

And I’m still mad about it.

Technology comes and goes, and oh-so-often at Apple’s doing. Ditching the CD drive in laptops? That’s okay — CDs were doomed, and they were pretty awful to begin with. Killing Flash? Flash sucked. Switching one type of USB port for another? Fine, I suppose. The new USB is better in just about every way. At the very least, I won’t try to plug it in upside down only to flip it over and realize I had it right the first time.

But the headphone jack? It was fine. It stood the test of time for one hundred damned years, and with good reason: It. Just. Worked.

I’ve been trying to figure out why the removal of the headphone port bugs me more than other ports that have been unceremoniously killed off, and I think it’s because the headphone port almost always only made me happy. Using the headphone port meant listening to my favorite album, or using a free minute to catch the latest episode of a show, or passing an earbud to a friend to share some new tune. It enabled happy moments and never got in the way.

Now every time I want to use my headphones, I just find myself annoyed.

Bluetooth? Whoops, forgot to charge them. Or whoops, they’re trying to pair with my laptop even though my laptop is turned off and in my backpack.

Dongle? Whoops, left it on my other pair of headphones at work. Or whoops, it fell off somewhere, and now I’ve got to go buy another one. 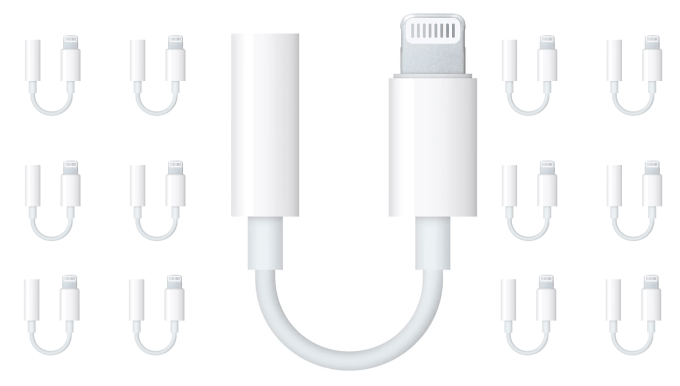 I’ll just buy a bunch of dongles, and put them on all my headphones! I’ll keep extras in my bag for when I need to borrow a pair of headphones. That’s just like five dongles at this point, problem solved! Oh, wait: now I want to listen to music while I fall asleep, but also charge my phone so it’s not dead in the morning. That’s a different, more expensive splitter dongle (many of which, I’ve found, are poorly made garbage).

None of these are that big of a deal. Charge your damned headphones, Greg. Stop losing your dongles. The thing is: they took a thing that just worked and just made me happy and replaced it with something that, quite often, just bugs the hell out of me. If a friend sent me a YouTube link and I wanted to watch it without bugging everyone around me, I could just use whatever crappy, worn out headphones I happened to have sitting in my bag. Now it’s a process with a bunch of potential points of failure.

“But now its water-resistant!” Water-resistant phones existed before all of this, plenty of which had/have headphone ports. As a recent example, see Samsung’s Galaxy S9 with its IP68 rating (matching that of the iPhone XS).

“But it can be slimmer!” No one was asking for that.

“But the batteries inside can be bigger!” The capacity of the battery barely jumped in the years from the 6S to the 8 — from 1,715mAh to 1,821mAh. It wasn’t until a few years later with the iPhone X, when the standard iPhone started getting wider and taller, that we saw super big jumps in its battery capacity.

Will this post change anything? Of course not. Apple blew the horn that told the industry it’s okay to drop the headphone port, and everyone fell right in line. The next year — and the year after that — Apple sold another 200 million-plus phones. At this point, Apple doesn’t even bother giving you the headphone adapter in the box. Apple’s mind is made up.

But if you’re out there, annoyed, stumbling across this post after finding yourself with a pair of headphones and a smartphone that won’t play friendly together in a pinch, just know: you’re not the only one. Two years later, I’m still mad at whoever made this call — and everyone else in the industry who followed suit.