BMW has joined a handful of automakers to compete with transportation upstart Didi Chuxing, which bought Uber’s Chinese business in 2016. Last Friday, the German luxury carmaker launched a premium ride-hailing service in Chengdu, the capital of China’s Sichuan Province with over 14 million people.

The new offer is part of BMW’s ReachNow carsharing brand that kicked off an electric vehicle rental business with a local partner last December. The new ride-hailing venture manages a crew of trained drivers to chauffer riders in a fleet of 200 BMW 5 Series, out of which half are plug-in-hybrid, according to the company.

“We are excited to offer our new premium ride-hailing service in Chengdu, one of the largest ride-hailing hubs in the world embracing mobility solutions for a sustainable urban future,” said Peter Schwarzenbauer, a member of BMW AG’s board of management, in a statement.

ReachNow trips appear to be pricier than those on Didi’s “luxury” feature — which is currently only available in China’s top-tier cities of Beijing, Shanghai, Shenzhen and Guangzhou — that also deploys BMW Series 5 and the likes of Mercedes-Benz E-Class and Audi A6. A 23-kilometer ride in Chengdu, for instance, costs 468 yuan or $68 at 3 p.m. on Monday. That’s about $3 per kilometer. 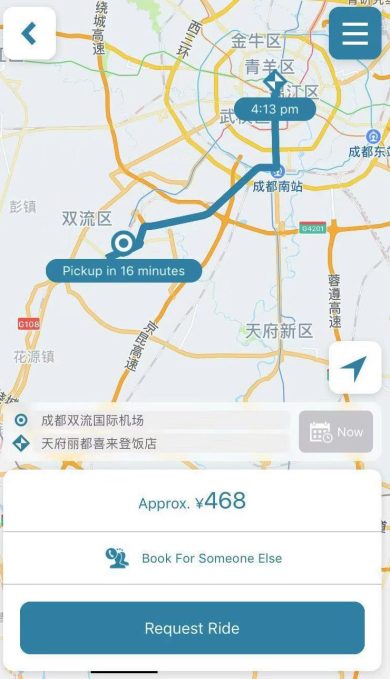 By comparison, a trip of similar distance in Shenzhen via Didi Luxury costs 210 yuan, or $30, at a rate of $1.3 per kilometer on a Monday afternoon. 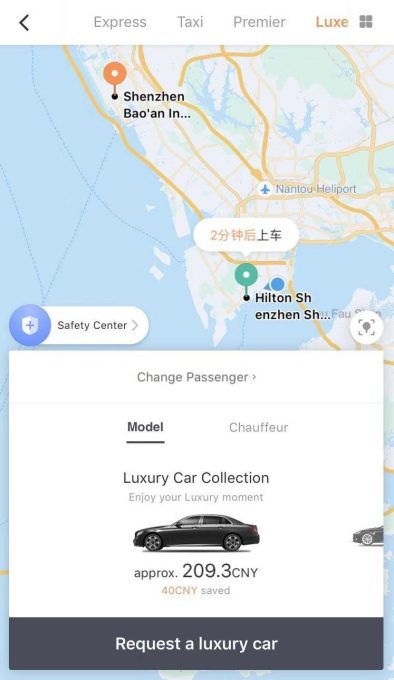 China’s transportation rules stipulate that drivers must hold two certificates — one for themselves and one for their vehicles — to be eligible to take passenger requests on ride-hailing apps. That turned a lot of part-time drivers away as they either don’t want to invest the time and money preparing for exams or scrap their passenger cars after eight years.

To cope with regulatory changes, Didi has introduced training programs to help drivers obtain the desired licenses. The mobility giant has also partnered with carmakers to make “purpose-built” vehicles for on-demand rides, although that process had started before the passenger deaths.

Like BMW, China’s old-fashioned carmakers also have their sights set on the car-hailing market. Among them are Volkswagen’s local partner SAIC Motor and Geely, which is partnering with Daimler to roll out a new ride-hailing venture.

Update: The headline has been corrected.