Indonesia-based e-commerce firm Tokopedia is the latest startup to enter the Vision Fund after it raised a $1.1 billion Series G round led by the SoftBank megafund and Alibaba.

SoftBank and Alibaba are existing investors in the business — the Chinese e-commerce giant led a $1.1 billion round last year, while SoftBank recently transitioned its shareholding in Tokopedia to the Vision Fund. That latter detail is what held up this deal, which had been agreed in principle back in October, TechCrunch understands.

Tokopedia didn’t comment on its valuation, but TechCrunch understands from a source that the deal values the company at $7 billion. SoftBank Ventures Korea and other investors — including Sequoia India — also took part in the deal. It has now raised $2.4 billion from investors to date, with SoftBank first joining in 2014 when it led a $100 million round.

The deal comes weeks after SoftBank made a $2 billion investment in Coupang, Korea’s leading e-commerce firm, at a valuation of $9 billion. Like Tokopedia, Coupang countered SoftBank as an investor before its stake transitioned to the Vision Fund.

Founded nine years ago, Tokopedia is often compared to Taobao, Alibaba’s hugely successful e-commerce marketplace in China, and the company recently hit four million merchants. Tokopedia said it has increased its GMV four-fold, although it did not provide a figure. Logistics are a huge issue in Indonesia, which is spread across some 17,000 islands. Right now, it claims to serve an impressive 93 percent of the country, while it said that one-quarter of its customers are eligible for same-day delivery on products. That’s also notable given that it operates a marketplace, which makes coordinating logistics more challenging.

The firm plans to use this new capital to develop its technology to enable more SMEs and independent retailers to come aboard its platform. On the consumer side, it is developing financial services and products that go beyond core e-commerce and increase its captive audience of consumers.

Despite this new round, CEO and co-founder William Tanuwijaya told TechCrunch that there are no plans to expand beyond Indonesia, which is Southeast Asia’s largest economy and the world’s fourth most populous country with a population of more than 260 million.

“We do not have plans to expand beyond Indonesia at this moment. We will double down on the Indonesia market to reach every corner of our beautiful 17,000-island archipelago,” Tanuwijaya said via an emailed response to questions. (Tokopedia declined a request for an interview over the phone.) 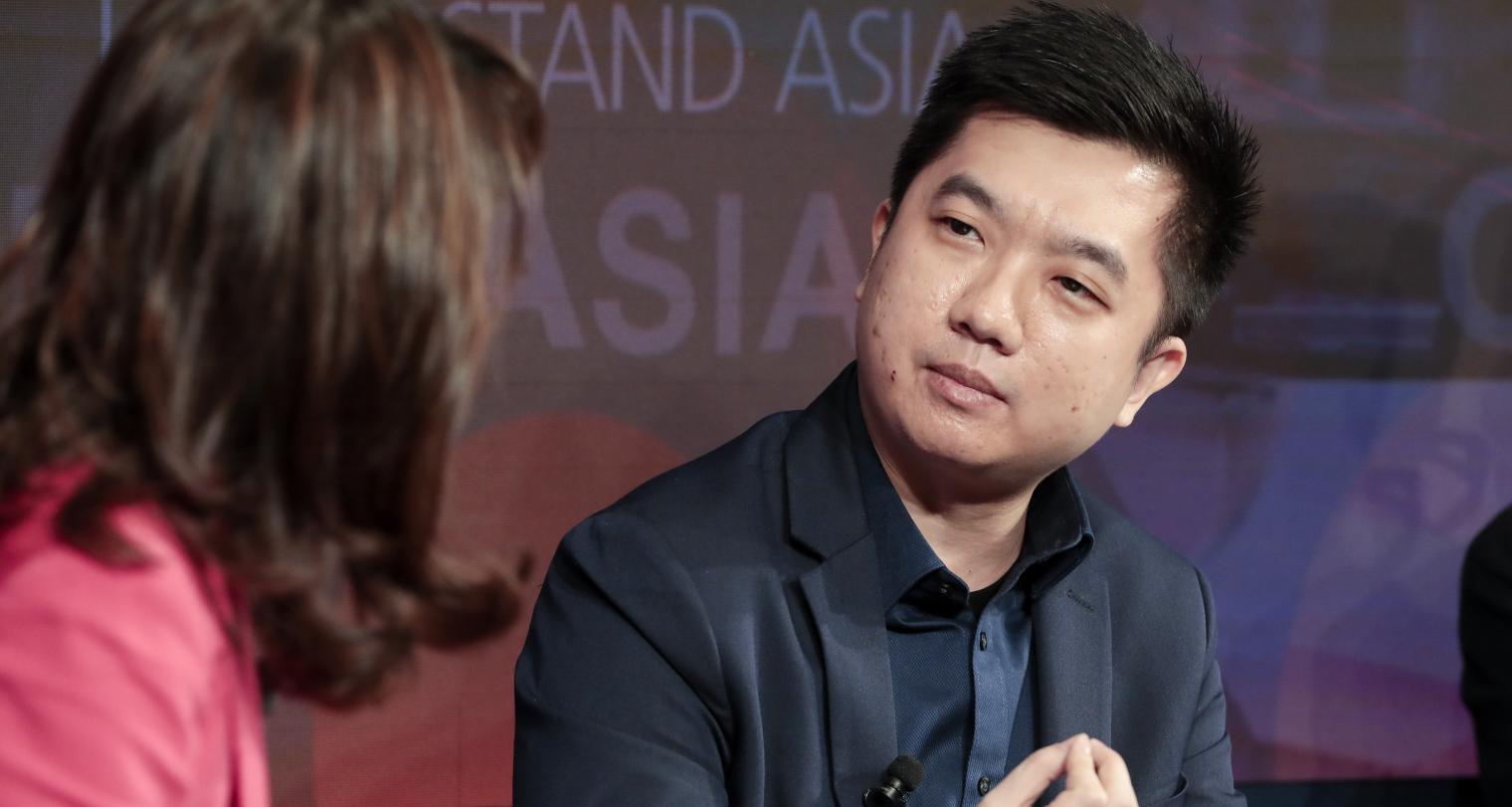 William Tanuwijaya, co-founder and chief executive officer of PT Tokopedia, gestures as he speaks during a panel session on the closing day of the World Economic Forum (WEF) in Davos, Switzerland, on Friday, Jan. 26, 2018. World leaders, influential executives, bankers and policy makers attend the 48th annual meeting of the World Economic Forum in Davos from Jan. 23 – 26. Photographer: Jason Alden/Bloomberg

That Indonesia-only approach is in contrast to Go-Jek, the Indonesia-based ride-hailing firm which is rapidly expanding across Southeast Asia. Go-Jek has already moved into Vietnam, Singapore and Thailand, with doubtless more plans in 2019.

But Go-Jek and Tokopedia do share similarities in that they have both expanded beyond their central business.

Go-Jek has pushed into on-demand services, payments and more. In recent times, Tokopedia has moved into payments, including mobile top-up and financial services, and Tanuwijaya hinted that it will continue its strategy to become a “super app.”

“We will go deeper and serve Indonesians better – from the moment they wake up in the morning until they fall asleep at night; from the moment a person is born, until she or he grows old. We will invest and build technology infrastructure-as-a-services, in logistics and fulfillment, payments and financial services, to empower businesses both online and offline,” Tanuwijaya added.

But, with the Vision Fund comes controversy.

SoftBank chairman Masayoshi Son has condemned the killing as an “act against humanity” but, in an analyst presentation, he added that SoftBank has a “responsibility” to Saudi Arabia to deploy the capital and continue the Vision Fund.

“We are deeply concerned by the reported events and alongside SoftBank are monitoring the situation closely until the full facts are known,” Tanuwijaya told us via email, although it remains unclear exactly what Tokopedia could (or would) do even in the worst-case scenario.

Given that the Trump administration seems focused on continuing the status quo with Saudi Arabia as a key ally, the situation remains in flux, although there’s been plenty of discussion around whether the Saudi link makes the Vision Fund tainted money for founders.

Son himself said recently that he hadn’t heard of any cases of startups refusing an investment from the Vision Fund, but he did admit that there “may be some impact” in the future.

Tanuwijaya didn’t directly address our question on whether he anticipates a backlash from this investment. The Vision Fund’s recent deal with Coupang doesn’t appear to have generated a negative reaction.

Even the involvement of Alibaba throws up other questions, given that it owns Lazada — which is arguably Southeast Asia’s most prominent e-commerce service.

Unlike Tokopedia, Lazada covers six markets in Southeast Asia, it is focused on retail brands and it maintains close links to Alibaba’s Taobao service, giving merchants a channel to reach into the region. According to sources who spoke to TechCrunch earlier this year, Tokopedia’s management was originally keen to take money from Alibaba’s rival Tencent, but an intervention from SoftBank forced it to bring Alibaba on instead.

Tanuwijaya somewhat diplomatically played down the rivalry and any rift, insisting that there is no impact on its business.

“Tokopedia is an independent company with a diversified cap table,” he said via email. “No single shareholder owns the majority of the company. We work closely with our shareholders’ portfolio companies and tap into available synergies.”

“For example, Tokopedia works closely with both Grab — a SoftBank portfolio — and Gojek — a Sequoia portfolio. We see Lazada having a different business model than us: Lazada is a hybrid of retail and marketplace model, whereas Tokopedia is a pure marketplace. Lazada is [a] regional player, we are a national player in Indonesia,” he added. 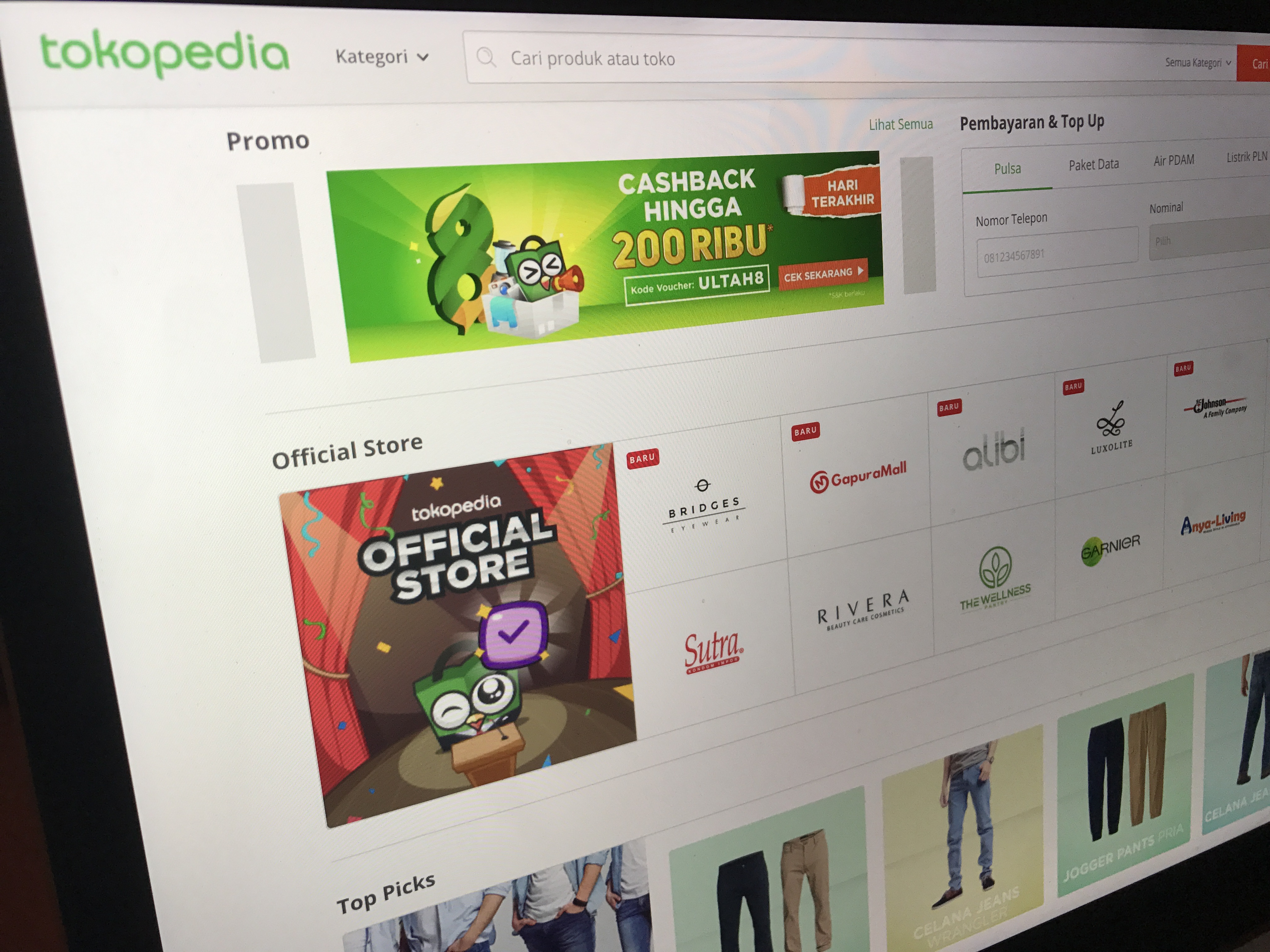 “How can we be less excited about this moment?”

At nearly a decade old, Tokopedia was one of the earliest startups to emerge in Indonesia. Famously, Tanuwijaya and fellow co-founder Leontinus Alpha Edison famously saw nearly a dozen pitches for venture capital rejected by VCs before they struck out and raised money.

Compared to now — and entry to the Vision Fund for “proven champions,” as Son calls it — that’s a huge transition, and that’s not even including the business itself, which has broadened into financial products and more. But that doesn’t always sit easily with every founder. Privately, many will often concede that the “best” days are early times during intense scaling and all-hands-to-the-pump moments. Indeed, Traveloka — a fellow Indonesia-based unicorn — recently lost its CTO to burnout.

Is the same likely to happen to Tanuwijaya, Edison and their C-level peers in the business?

Tanuwijaya compared the journey of his business to scaling a mountain.

“Leon and I are very excited entering our tenth year. When we first started Tokopedia, it was like seeing the tip of a mountain that is very far from where we stand. We promised ourselves that we were going to climb to the top of the mountain one day,” he told TechCrunch.

“The top of the mountain is our company mission: to democratize commerce through technology. Today, we have arrived at the base of the mountain. We can finally touch the mountain and we can start to climb it. With this additional capital, we have the tools and supplies to achieve our mission at a faster rate. Should we think whether we are burned-out and go home to rest, or should we climb our mountain? How can we be less excited about this moment?” he added.

Tokopedia has certainly become a mountain in itself. The startup is the third highest-valued private tech company, behind only Grab and Go-Jek, at $11 billion and (reportedly) $9 billion, respectively, and the fairy tale story is likely to inspire future founders in Indonesia and beyond to take the startup route. What happens to the Vision Fund and its PIF connection by then is less certain.