Google is by no means perfect when it comes to issues relating to gender, but it’s clear the company is trying. Google recently made some important changes to its Translate tool — reducing gender bias by providing both masculine and feminine translations for gender-neutral words. Previously, Google would default gender-neutral words to the masculine form.

This comes after Google has been specifically called out for its biases in translate and autocomplete. Back in February, Forbes reported how examples of gender bias in Translate began popping up on social media.

“So when the model produced one translation, it inadvertently replicated gender biases that already existed,” Google Translate Product Manager James Kuczmarski wrote on the company blog. “For example: it would skew masculine for words like ‘strong’ or ‘doctor,’ and feminine for other words, like ‘nurse’ or ‘beautiful.'” 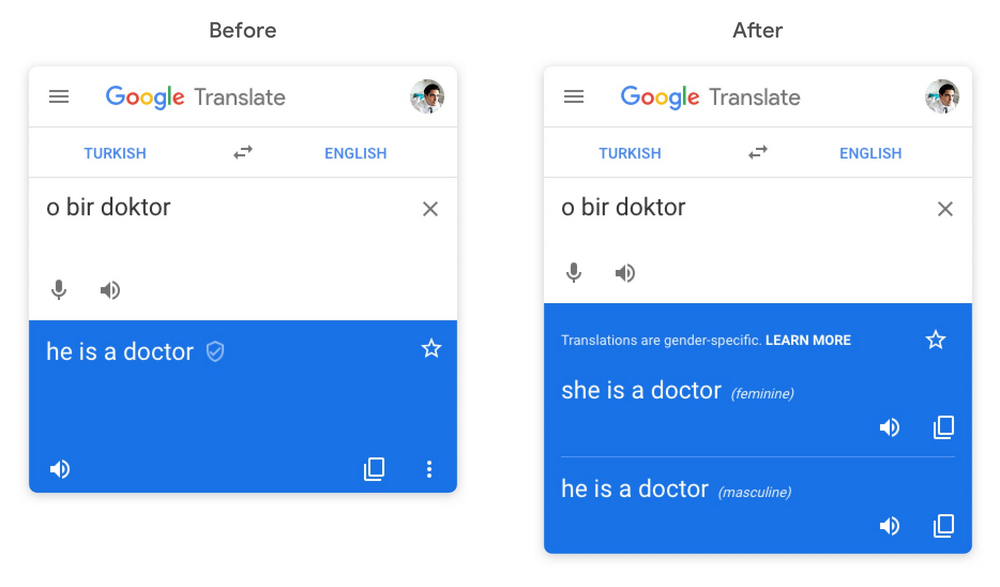