Facebook has a new area of its app it will have to police for fake news and biased sensationalism. Facebook is launching “Today In”, its local news aggregator it began testing in January, in 400 small to medium-sized US cities. It’s also now testing it in its first overseas spot in Australia. iOS and Android users can open the Today In bookmark or opt in to getting digests of its local news in their feed. The feature includes previews that link out to news sites about top headlines, current discussions, school announcements and more.

“We have a number of misinformation filters in place to ensure that fake news and clickbait does not surface on Today In. We also provide people the ability to report suspicious content on Facebook and within Today In specifically” a Facebook spokesperson tells me. “The misinformation filters are the same across Facebook that we’ve previously talked about – downranking clickbait, ratings from third-party fact checkers” they said. However, “the content in the surface is pulled by algorithm”, so there’s always a chance that problematic content slips through. For now, there will be no ads in Today In. 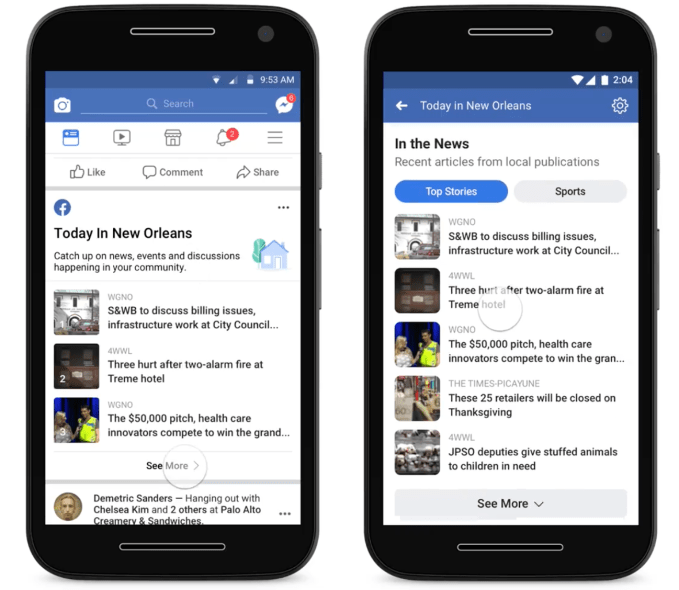 Facebook is also now testing Local Alerts with 100 local government and first responder Pages that can be issued to inform citizens about urgent issues or emergencies, such as where to take shelter from a hurricane. The Local Alerts are delivered via News Feed, Today In, and Pages can also target users with notifications about them. Again, while Facebook may be vetting which Pages get access to the Local Alerts feature, it must closely monitor to make sure they’re using it to provide vital info to their communities rather than just grab traffic at sensitive moments. 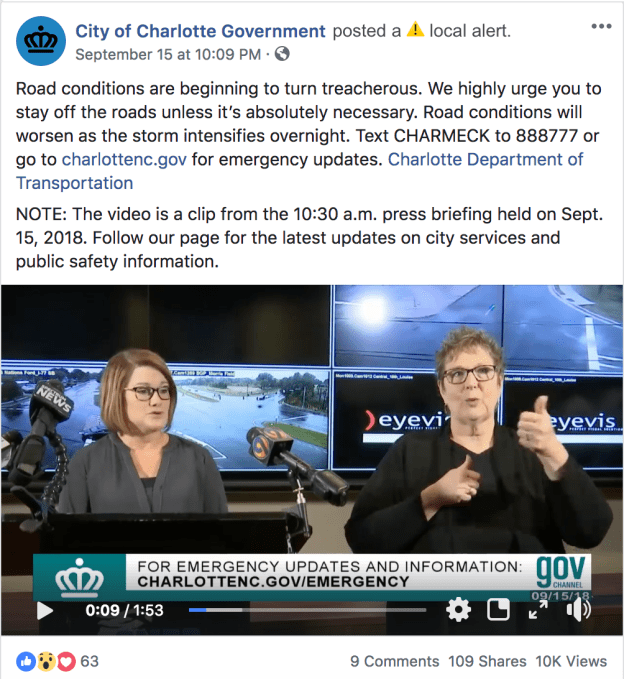 Facebook is hoping to fill a void after surveys found 50 percent of users wanted more local news through Facebook. It previously tested Today In with New Orleans, La.; Little Rock, Ark.; Billings, Mont.; Peoria, Ill.; Olympia, Wash.; and Binghamton, N.Y. The feature could give local outlets a referral traffic boost that could help offset the fact that Facebook has drained ad dollars from journalism into its own News Feed ads. And to make sure “news deserts” without enough local outlets still have robust Today In sections, Facebook will collect headlines from surrounding areas.

But the launch also opens up a new vector for policy issues, and it’s curious that Facebook would push forward on this given all its policy troubles as of late. It will have to ensure that Today In only aggregates content from reliable and fact-focused local outlets and doesn’t end up peddling fake news. But that in turn could open it to criticism suggesting it’s biased against fringe political outlets that believe their clickbait is the real story. 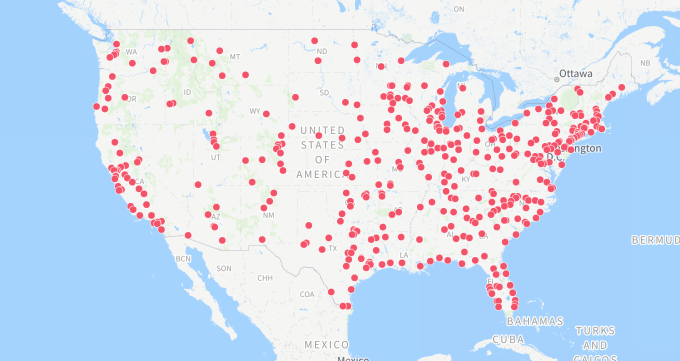 Users who want to check if they have access to Today In can visit this interactive map. The list includes Facebook’s hometown of Menlo Park and nearby Oakland, but not San Francisco. It’s also skipping big cities like New York and Washington, D.C. in favor of places like Mobile, Alabama; and Provo, Utah.

To find the mobile-only feature in Facebook (there’s no desktop version), users will hit the three-line “More” hamburger button and scroll down looking for “Today In [their city]”. Otherwise, they may stumble across one of its digests showing the headlines, thumbnail images, and publications for three of the biggest local news stories.

After tapping through or opening the Today In bookmark, they’ll be able to horizontally swipe through different sections like In The News that features recent stories and can be toggled to display sports. As per usual, Facebook isn’t above promoting its own content, like user and Page News Feed posts discussing local topics, Groups you could join, or Events you could RSVP to. Once you hit the end of a daily edition, you’ll see a “You’re all caught up” notice, similar to Instagram’s feature designed to keep you from over-scrolling.

Facebook infamously turned away from news in favor of content from friends at the start of 2018, precipitating a significant decline in News Feed reach and referral traffic for links to articles. That left a lot of outlets feeling burned, as many had staffed up thanks to the that flow of traffic and the ad dollars it generated. Now some are having to lay off journalists, especially those making video content that Facebook also dialed down.

By resurfacing local news, Facebook could help strengthen ties in local communities as part of its new mission statement to “bring the world closer together”. But if that news contains heavy partisan bias or hypes up nothingburgers, it could lead to more polarization. Facebook already has trouble finding enough third-party fact checkers to verify viral news stories. Now it may expose itself to even more liability to be the arbiter of truth now that it’s fragmented the news space into hundreds of distinct digests.

This conundrum will play out again and again. Facebook wants to keep pushing forward with product launches it thinks can help society, but it in turn takes on even greater responsibility to protect us that it hasn’t proven it deserves.