You’d be forgiven if Royole doesn’t ring any bells. Even here in China, it’s far from a household name. Still, the Shanghai-based startup recently secured an undisclosed Series E, vaulting its valuation to an apparent $5 billion, up from $3 billion in late 2016.

Founded in 2012, Royole’s best-known release was a wearable cinema display. That changed last month, however, when it surprised the industry by announcing the imminent arrival of the FlexPai, a flexible screen smartphone that appears on track to beat the Samsung Galaxy X to market. 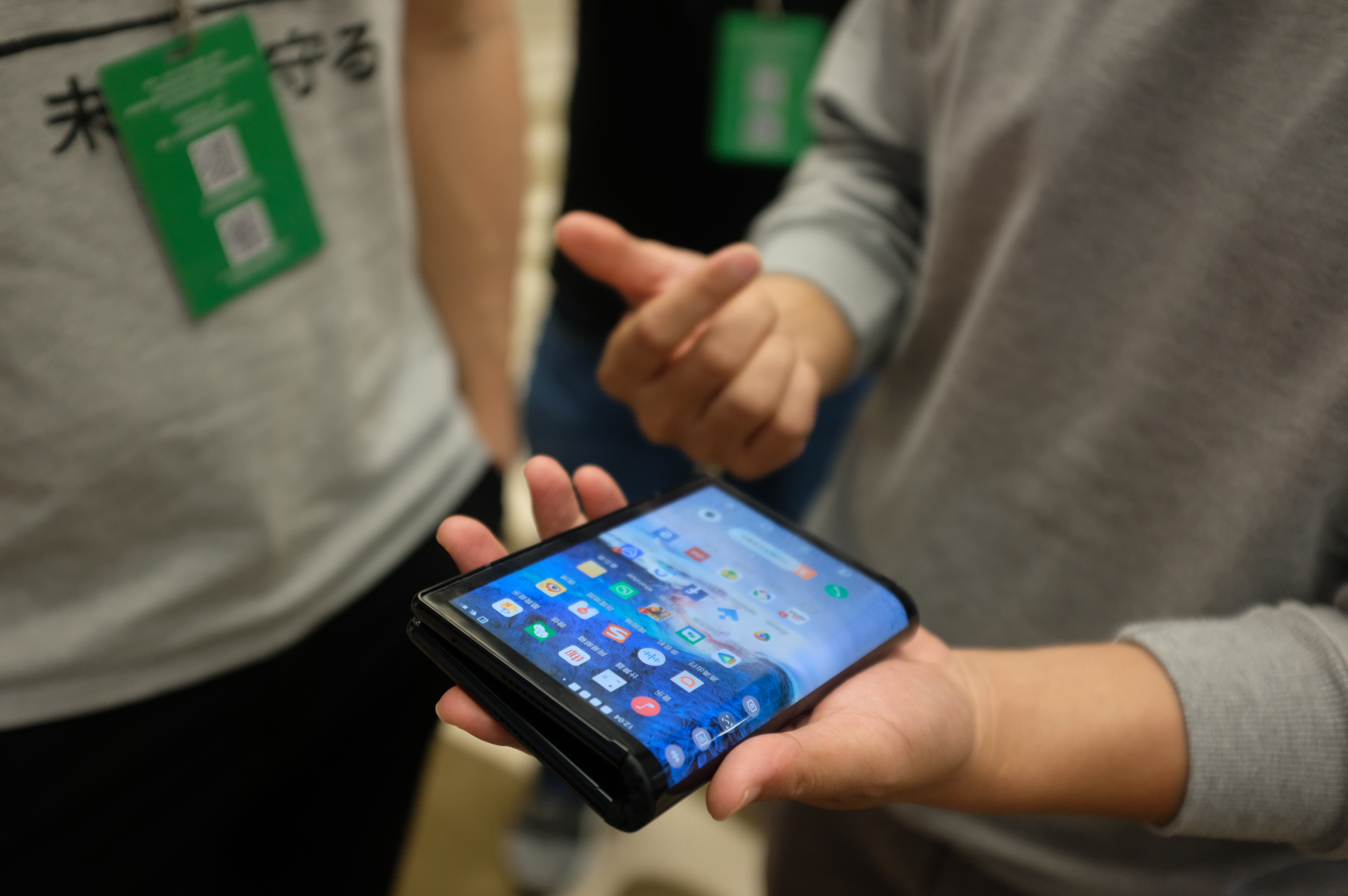 The FlexPai’s anticipated December release seemingly came out of nowhere. Like competitors, Royole had shown off its proprietary folding technology as part of standalone demos, but it hadn’t teased the arrival of a smartphone until the device was ready to ship. It’s a far cry, certainly, from the not ready for prime time prototype Samsung marched out onstage last month. 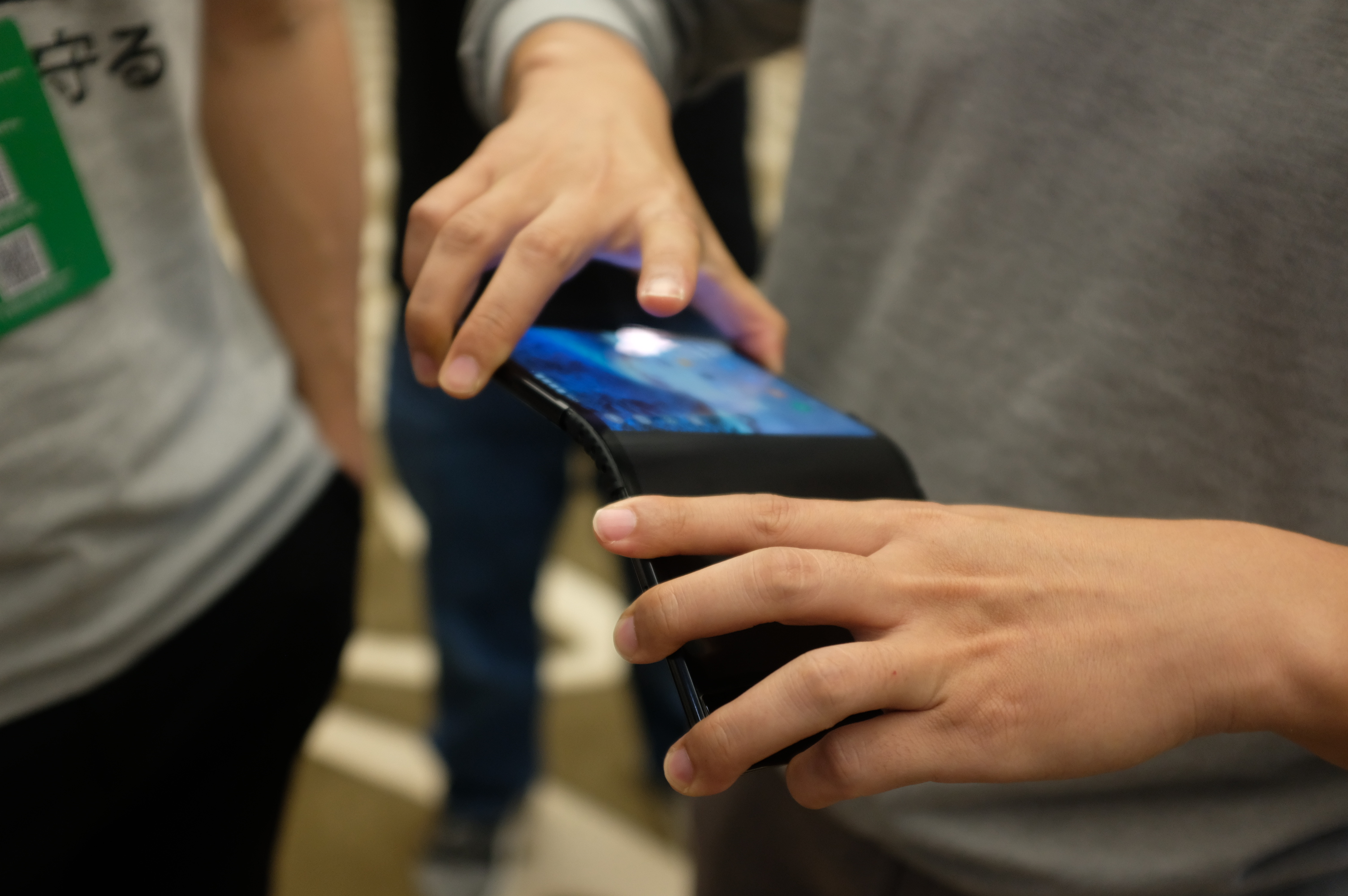 A foldable smartphone was simply the first product that made sense for the underlying tech. With development dating back a half-dozen years, Royole was the first to achieve the industry’s long-standing goal of delivering a foldable screen — beating even the massive Samsung to market.

Being first isn’t always a blessing in this industry, but it’s an impressive feat, nonetheless. The FlexPai is real. I can’t speak to the scalability of the product until it actually starts shipping next month, but I can attest to the fact that at least one of the things exists in the world. I held it in my hands. I folded it. It worked. 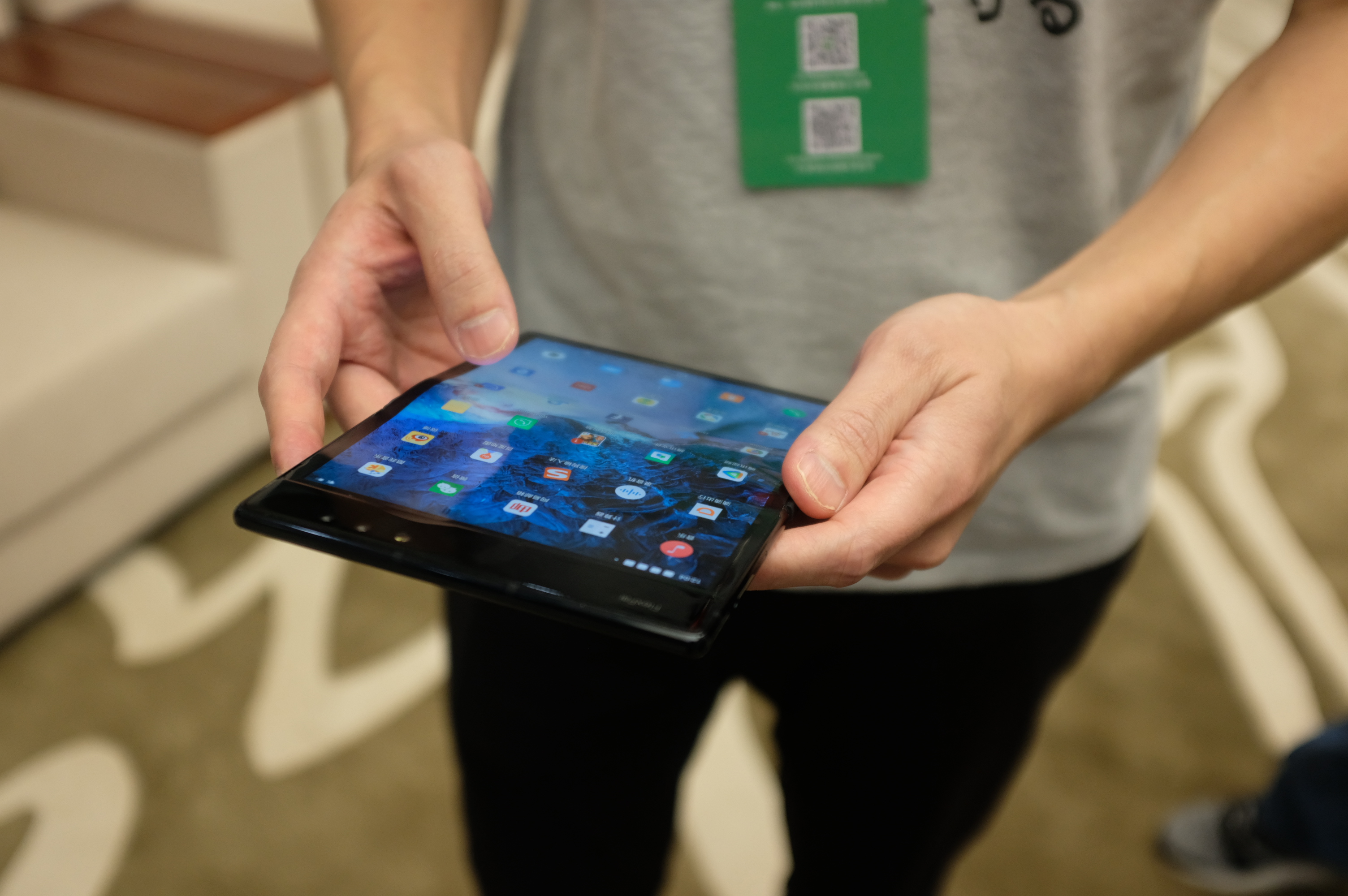 It’s a difficult problem, and Royole solved it with in-house technologies. No one can take that away from the company. I can’t say my initial apprehensions were ultimately dissuaded, however. The FlexPai mostly works as desired, but the execution isn’t ultimately the kind of premium product one would expect, given the ultra-premium price tag (around $1,300 USD).

Liu happily dropped the phone a couple of times onstage in an attempt to put to rest any durability questions. While the display ultimately didn’t crack or scratch, the flexible material looks almost like cellophane and sports crinkles that catch the light — the clarity also leaves something to be desired. 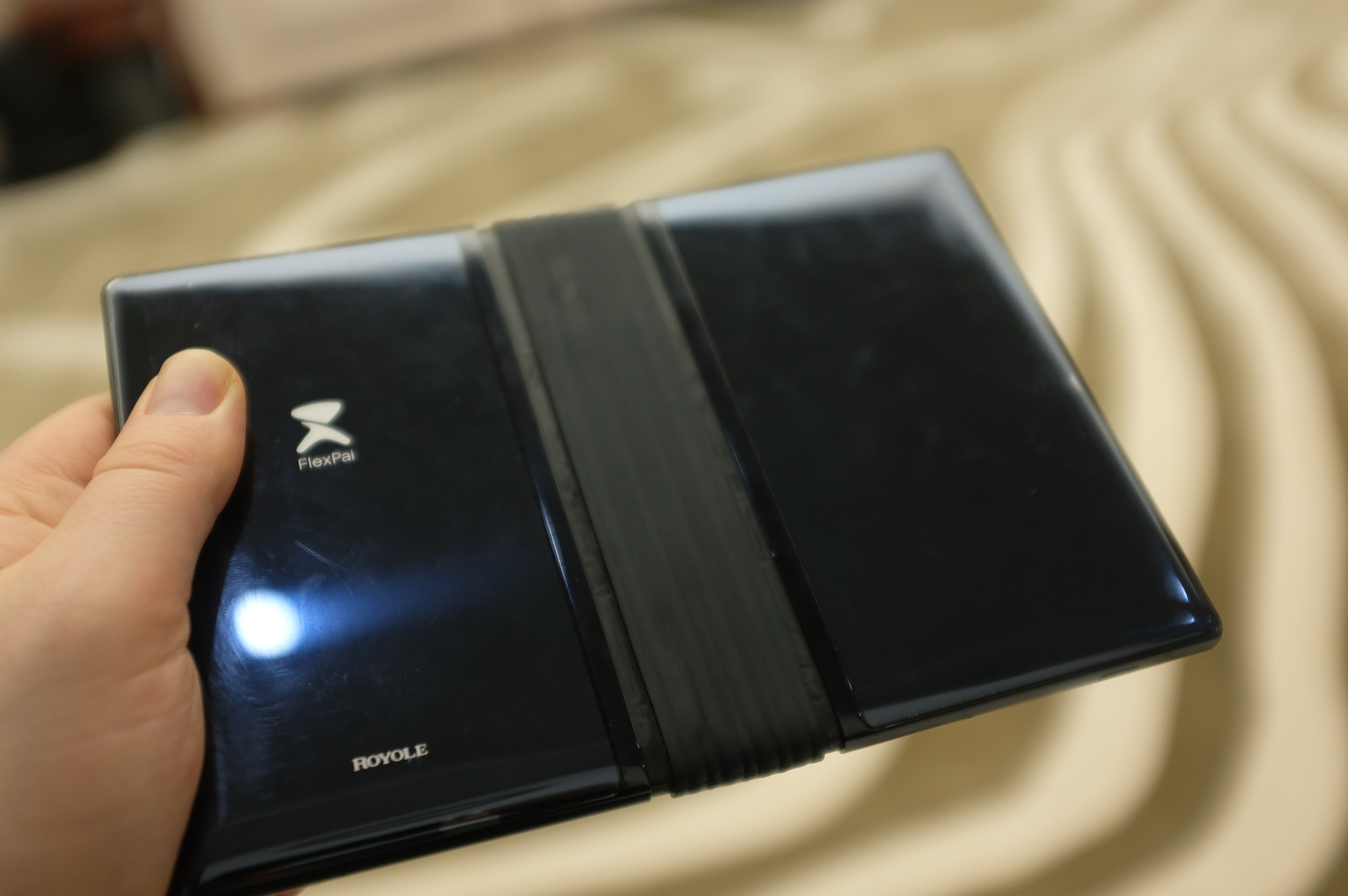 As far as portability, it’s true that you can fold it up and stuff it in your pocket, though it’s pretty chunky when you do so. Ultimately, these are first-generation products — and likely a result of a company pushing to be first to market, knowing full well that companies like Samsung were breathing down its neck.

Royole sees potential to license the technology out for other categories. “Right now for the smartphone industry, we haven’t done any licensing,” said Liu. “For industrial applications like automotive or media, we do have customers. We sell the licenses to them, and we’ve already sold a lot of licenses.” 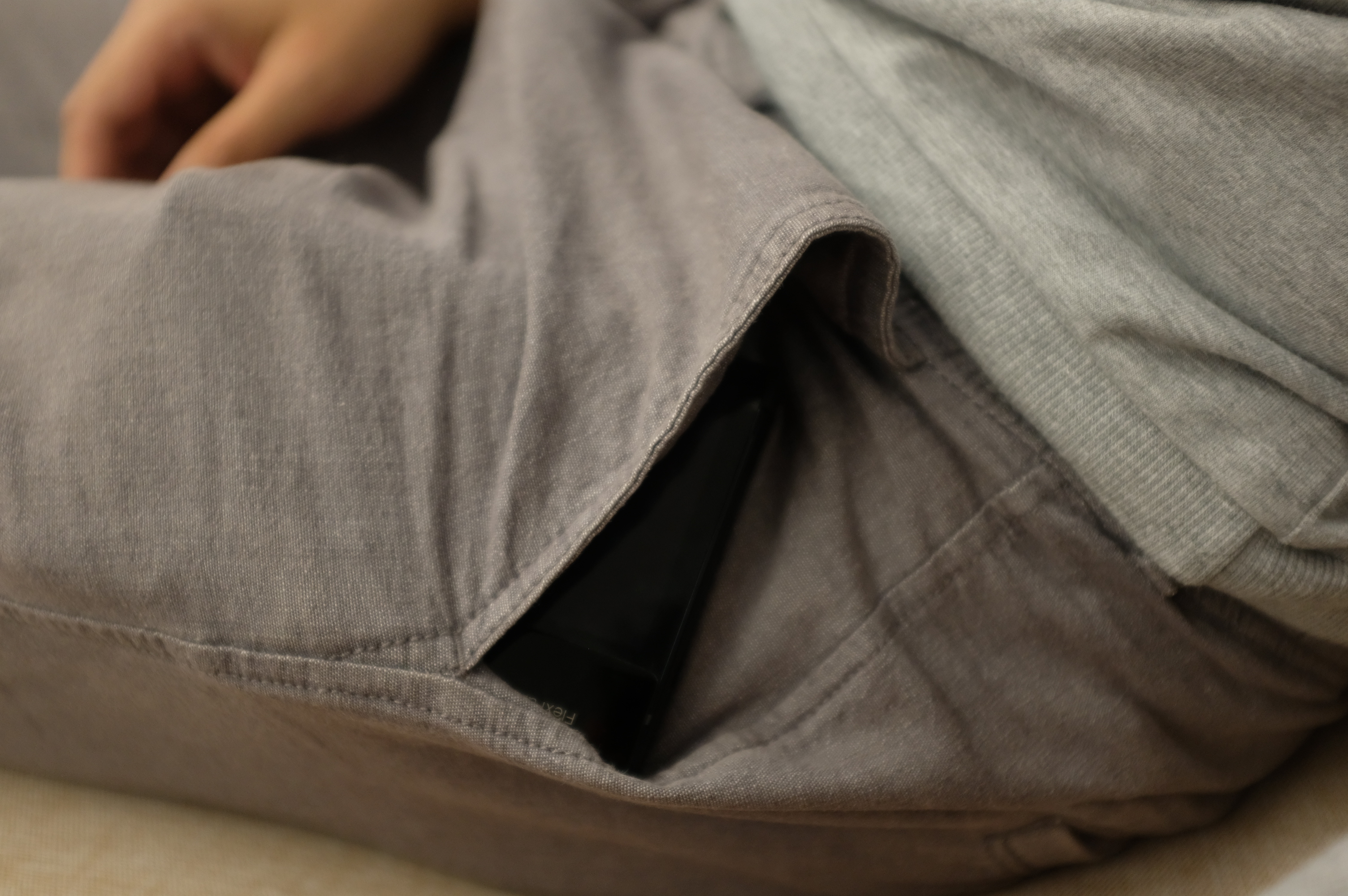 The company also will be working with developers to create content for the new form factor, with a $30 million program it launched last month. The Chinese version is due out in December.