As far as goals for hardware startups go, you could do worse than ridding the air of allergens, pollutants and the like. Launched in 2016 as a Kickstarter project, Wynd is going back to the crowdfunding well this week for two new hardware products.

Wind Halo is a pretty nice-looking (from the press material) desktop air monitor featuring a set of 10 sensors. In fact, the design language on the thing really brings to mind the Echo Spot — still arguably the nicest-looking of Amazon’s Alexa devices.

The system relies on a technology Wynd calls Air ID, which “blends raw hardware sensor data with machine learning and cloud contextual information,” according to the company. That’s all buzzword-speak for the fact that the hardware utilizes readings to provide both metrics and a breakdown of what’s in the air, including pollen, smoke and smog.

Of course, knowing what’s in the air isn’t much use unless you can actually do something about it. For that, Wynd’s finally introducing a full-size counterpart to it is desktop purifier. The Wynd Home Purifier responds to readings from the Halo and adjusts accordingly. According to the startup, it should be able to clean a 1,200-square-foot space in around half an hour, filtering out allergens, mold, bacteria and various pollutants. 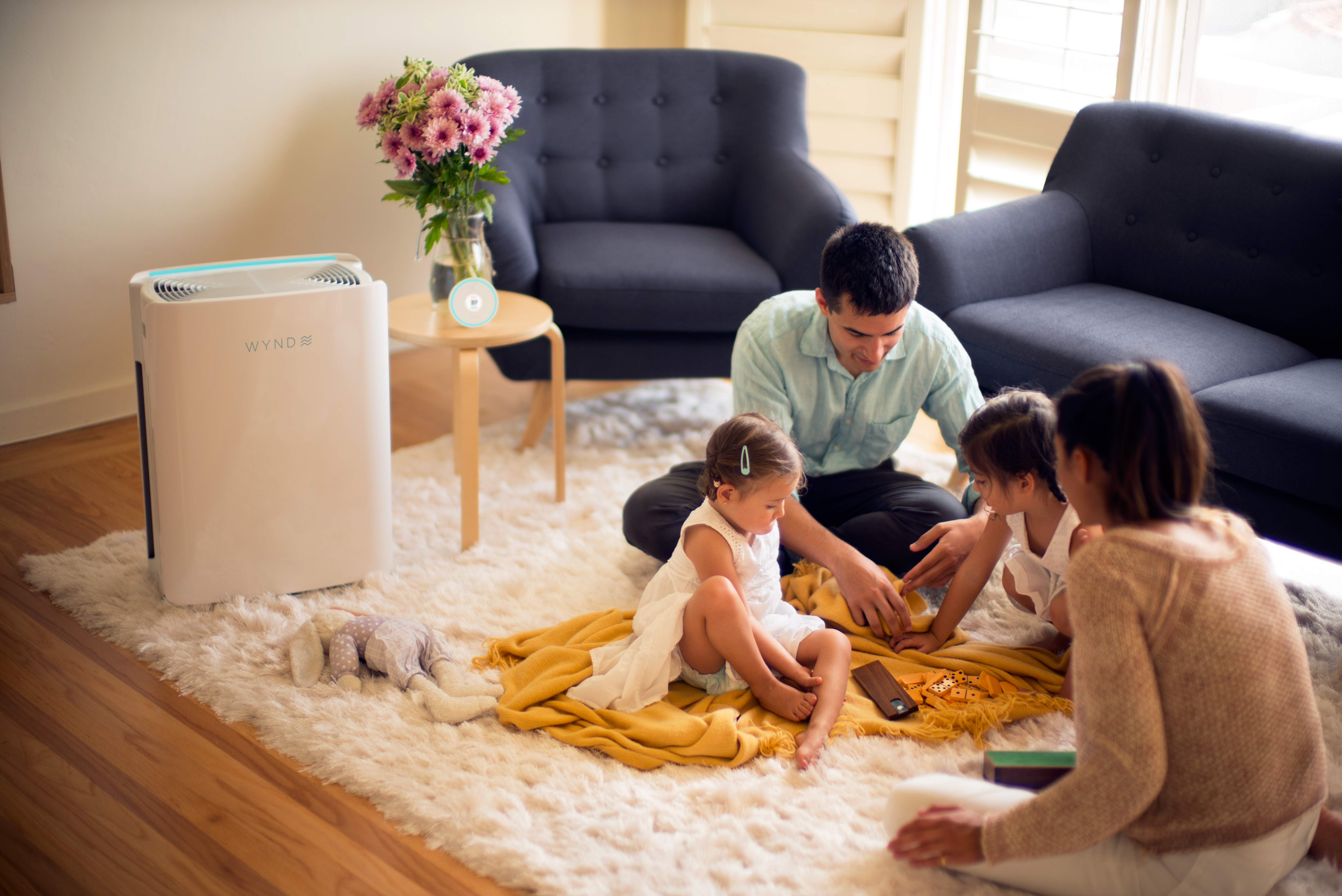 There’s also an auto mode for those who don’t care to invest in both devices. The Halo and Home Purifier run $89 and $239, respectively, and are set to start shipping in May. Both will work with Alexa and Apple HomeKit.