A new generation of entrepreneurs is emerging to refashion the Los Angeles studio system for the digital age, forming companies that combine live-streamed video, podcasts and the newfound social media celebrities to craft entertainment for a new breed of consumer.

Two of those startup founders, longtime Apple executive Cedric Rogers and former developer for VEVO and MLB digital Shaun Newsum, are now pulling the curtains back on the first fruit of their production studio, Culture Genesis, with the launch of TriviaMob — a new quiz show targeting urban audiences.

The two creators envision their company as a combination of 106 & Park and Jeopardy with questions aimed at cultural references for the Highsnobiety and Complex set. 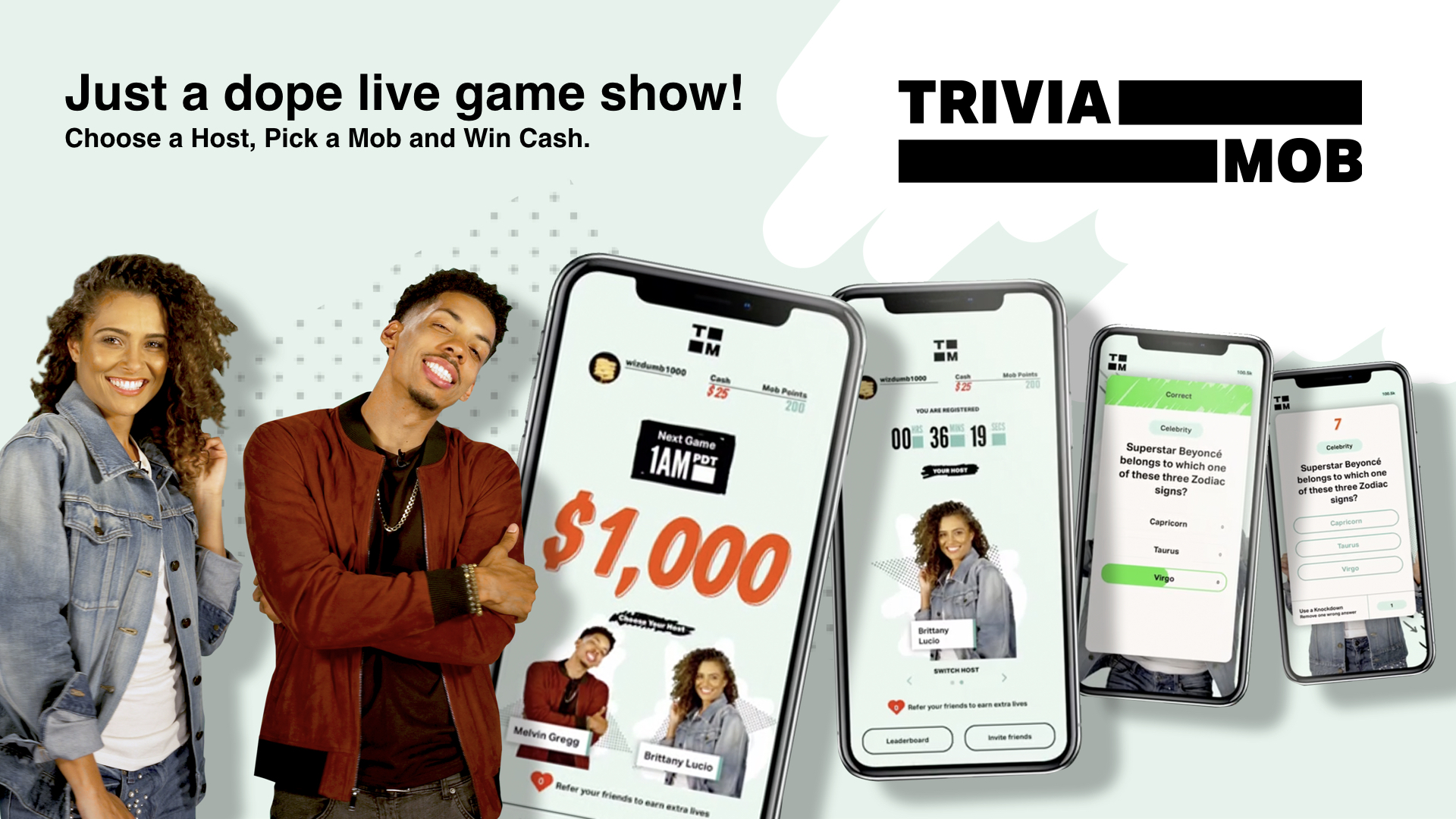 TriviaMob players can win up to $10,000 in cash by competing individually or as part of a group (or “mob”) to win collective prizes by tuning in and competing to shows that stream every Sunday. Each player has 10 seconds to answer 10 questions around art, music, science and history. Players that answer all of the questions correctly will get a share of the $10,000 prize and participants who opt to be part of the “mob” can earn points for sponsored prizes.

“We’re building software for an urban, multicultural audience that continues to lead and influence culture — not just in the U.S. but around the world,” said Rogers, in a statement. “We see this influence growing in Hollywood but it’s not happening fast enough in Silicon valley. We want to accelerate this shift.”

The business model mimics that of HQ Trivia, the once-popular quiz show whose success has waned even as it scored massive gains in venture fundraising — valuing the company at a reported $100 million.

But the founders of Culture Genesis see their first product as fundamentally different from HQ. “People want to see things for them by them,” says Rogers. “From our perspective HQ meant nothing to our audience.”

Newsum, the company’s chief technology officer, goes even further. “I think HQ was a prime example of our thesis. HQ from a multicultural perspective — that didn’t appeal to our audience. Part of what we’re doing with Cultural Genesis is bringing that urban understanding.”