Flipkart, the India-based e-commerce firm owned by Walmart, has lost its Group CEO Binny Bansal after he resigned from the company following an investigation into “serious personal misconduct.”

Bansal founded Flipkart in 2007 with Sachin Bansal (no relation) and had served as its CEO since 2016, before going on to become CEO of the Flipkart Group — which spans its core e-commerce, fashion and payments divisions — one year later.

Walmart said in a statement that Bansal denied the allegation and that an investigation into it “did not find evidence to corroborate the complainant’s assertions.” However, the retailer did uncover “other lapses in judgement, particularly a lack of transparency, related to how Binny responded to the situation,” which is why it has accepted his resignation. 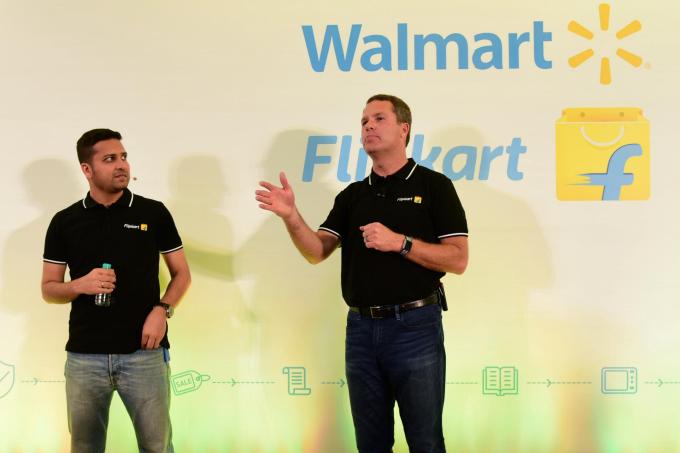 This photo taken on May 9, 2018 shows Walmart CEO Doug McMillon (R) speaking next to Flipkart co-founder and CEO Binny Bansal at an event in Bangalore, as a deal was announced for Walmart to buy a stake in Flipkart (Photo by AFP/Getty Images)

Alongside Flipkart CEO Kalyan Krishnamurthy and Tiger Global’s Lee Fixel, Bansal was widely seen as a key figure in securing the deal that saw Walmart agree to fork out $16 billion for a majority 77 percent stake in Flipkart. The transaction, which closed in August and is the largest in Walmart’s history, cemented Flipkart’s position in India and pitted Walmart against its arch-enemy Amazon for a new battle outside of the U.S.

While Sachin Bansal left the company following the deal, Binny Bansal was expected to stay on and, according to reports, was viewed as a very key part of the future of the business.

Despite that, Walmart couched the exit as “expected.”

“Binny has been contemplating a transition for some time and we have been working together on a succession plan, which has now been accelerated,” it said.

There’s no word on Bansal’s successor at this point. Walmart said the existing leadership will remain in place — that includes former Tiger Global executive Krishnamurthy as head of Flipkart, Ananth Narayanan as CEO of Myntra and Jabong, its fashion portals, and Sameer Nigam as CEO of its PhonePe unit.