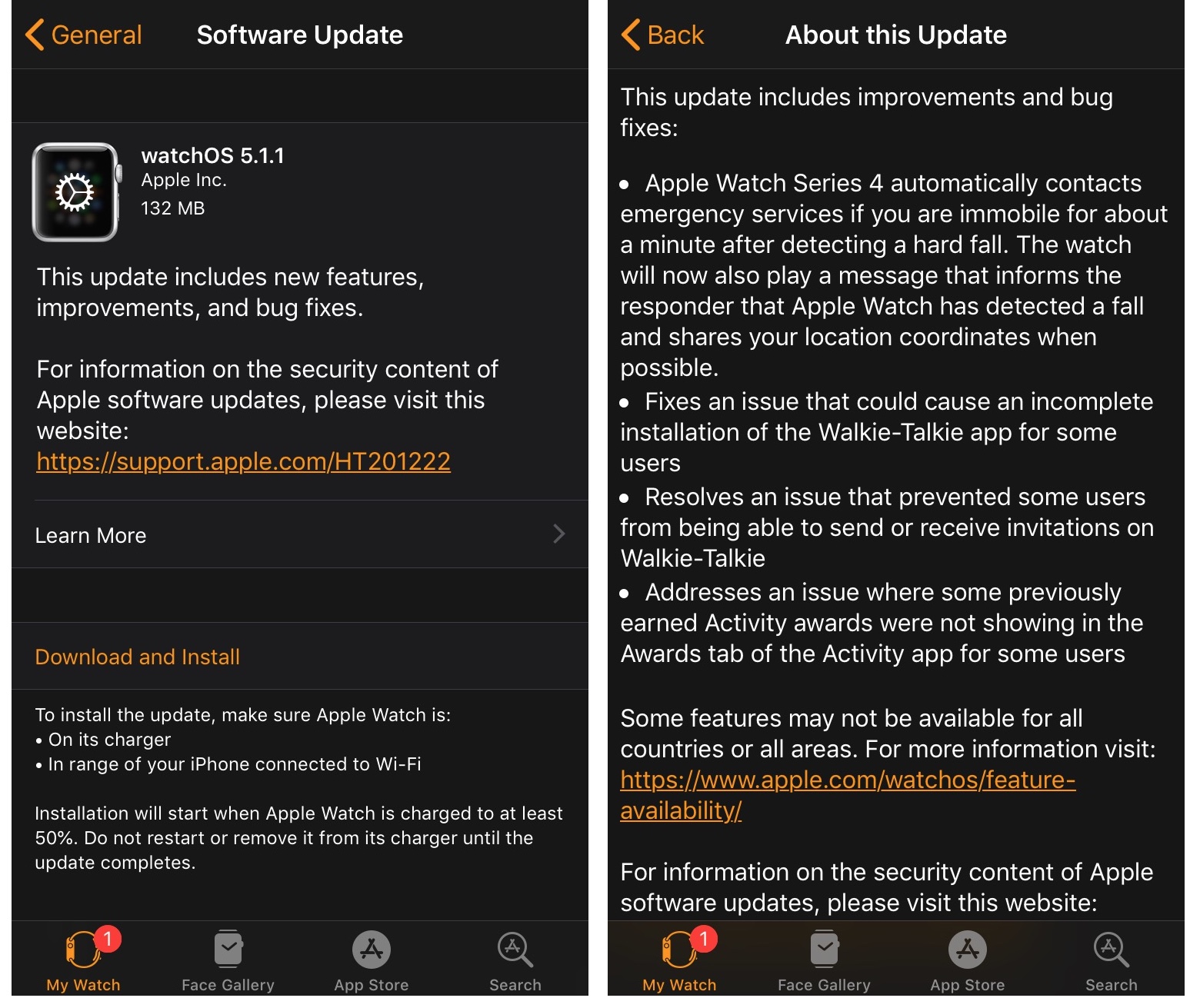 Apple has rolled out watchOS 5.1.1, less than a week after the company pulled its immediate predecessor, watchOS 5.1, following reports that the software was bricking some Apple Watches.

The update also includes bug fixes for the Walkie-Talkie app and an additional issue where some Activity rewards were not displayed.

watchOS 5.1 initially went out Tuesday alongside iOS 12.1 but was quickly withdrawn after some complained that their Apple Watch failed to load after installing the software update. Apple confirmed the buggy update affected a “small number” of customers — without elaborating — but that, “any customers impacted should contact AppleCare, but no action is required if the update installed successfully.”

watchOS 5.1.1 comes with all the trimmings of watchOS 5.1 — but with some new additions, including Group FaceTime audio calls, new emoji and a range of new watch face options.

The update also comes with security updates and patches, including several nasty vulnerabilities that could allow an attacker to gain kernel-level privileges.

Review: The iPad Pro and the power of the Pen(cil)