Now that the Air’s got shiny new update, it’s time for the other major neglected entry in the Mac line. As Tim Cook noted on stage, the company’s got another “small” addition to the line. The pint sized desktop is getting it’s “biggest updated, ever, according to the company.

The footprint is the same familiar squircle design that’s defined the line since the begin, but now with the space gray finish found on the rest of the line. 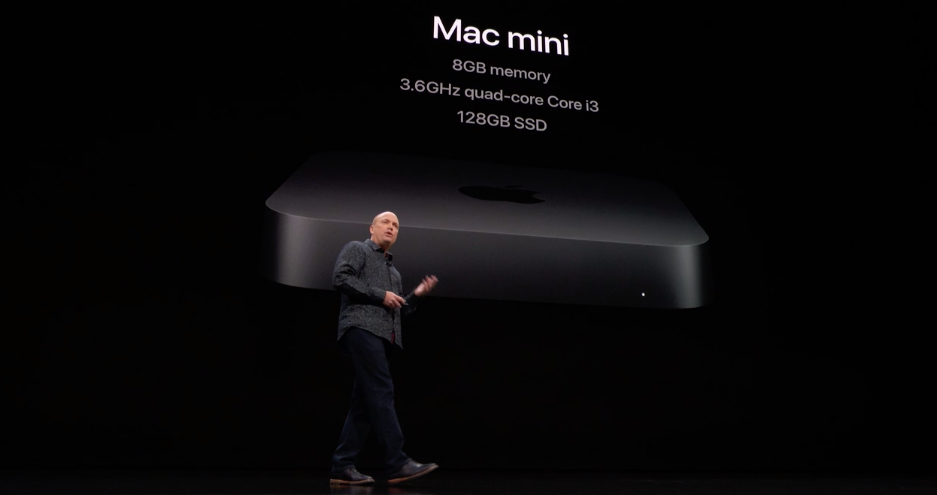 The biggest changes, however, are on the inside. The new device features the latest generation six core processor, up to 64GB of RAM and up to 2TB of solid state storage. On the back of the device, you’ll find four Thunderbolt 3, an HDMI and USB-A ports. Like the new Air, the updated Mini is made from 100 percent recycled aluminum. 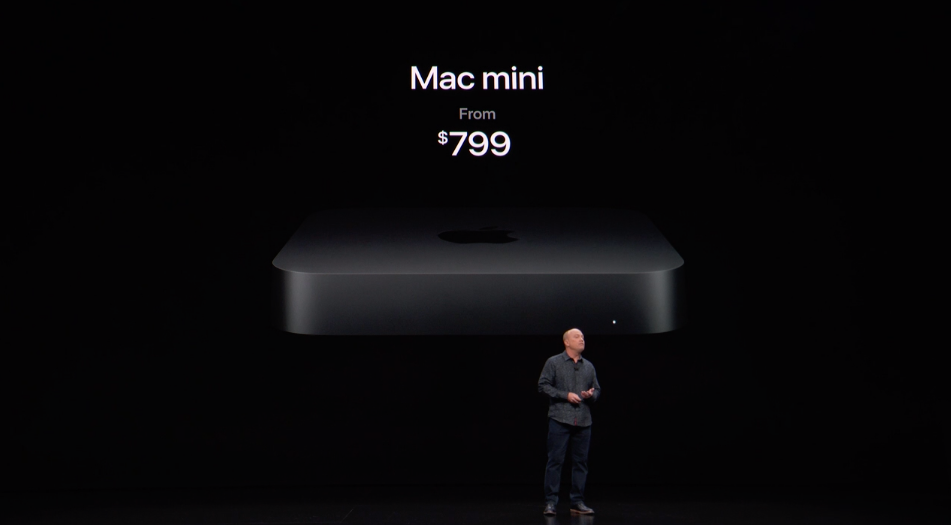 As is fitting with the theme of the event, the company is positioning the product toward creative pros. Apple’s clearly hoping to blur the lines between consumer and professional, by souping up its lower end devices. That said, the Mini is still priced like an entry level device. The low-end version features 8GB of RAM and starts at $799. Pre-orders for the diminutive desktop starts today, and it starts shipping on November 7.