To get an edge on the market, investors must look beyond traditional financial info like revenue and profits. Our every online activity generates data exhaust, like web traffic, Twitter mentions, app downloads and search trends. It’s the ability to overlay the old and new data sets to spot surprising trends that will set the best traders apart. Sentieo wants to be their tool.

Sentieo is an investment research software suite that uses AI to scan financial documents, analyze alternative data sets and create visualizations. The fintech SAAS startup now has 700 customers, including top hedge funds plus mutual funds, Fortune 500s and investment banks that pay around $500 to $1,000 per month per license. That’s a lot cheaper than a $21,000 yearly Bloomberg Terminal subscription. [Correction: Sentieo charges $500 to $1000 per month, not per year.]

Now Sentieo is ready to crank up its name recognition with a sales and marketing blitz fueled by a new $19 million Series A round led by Centana, a $250 million growth equity firm focused on fintech SAAS. Now with $30 million in total funding, the 160-person startup plans to “Educate [traders] that ‘hey, this product is built by people who sat in your seats,'” says CEO Alap Shah. 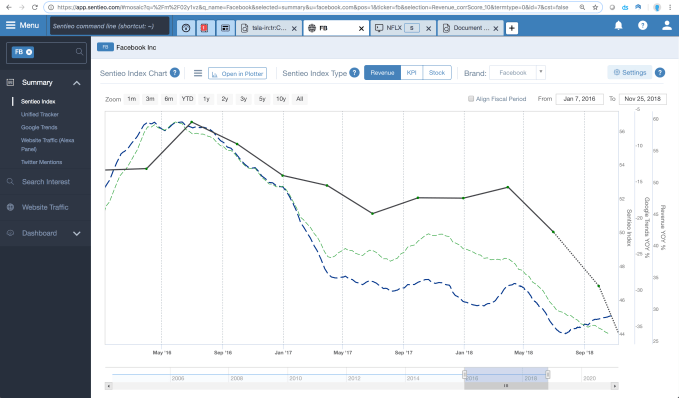 Ten years ago, Shah was making the Wall Street rounds after graduating from Harvard in economics. He was an analyst in consulting at Novantas, private equity at Castanea, and worked for hedge funds Viking Global and Citadel. “It became clear that there were some really big holes in my process where software wasn’t meeting my needs. Importantly, there was a hole around search,” Shah tells me. “We’ve grown accustomed to going to Google. But unfortunately that’s just not the way the old-school financial data programs are structured.” 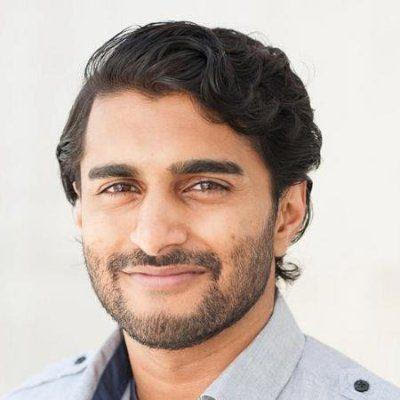 So he built his own. “I used all the financial tools out there: Capital IQ, FactSet, Bloomberg — each had their strengths and weaknesses. But they were all over 20 years old, so they pre-date the cloud, pre-date SAAS, pre-date mobile!” With Sentieo, he wanted to develop a tool that could understand the nuances of business momentum before it showed up in the balance sheets.

For example, Sentieo could look through all of Tesla’s earnings calls and financial documents for mentions of guidance on Model 3 production volume. It could highlight them all, analyze the sentiment of those mentions and chart them against Tesla’s share price. Or you could search for all the companies starting to list President Trump as a risk factor for their business, which would surface how the medical cannabis companies are concerned about Attorney General Jeff Sessions’ stance on legalization. 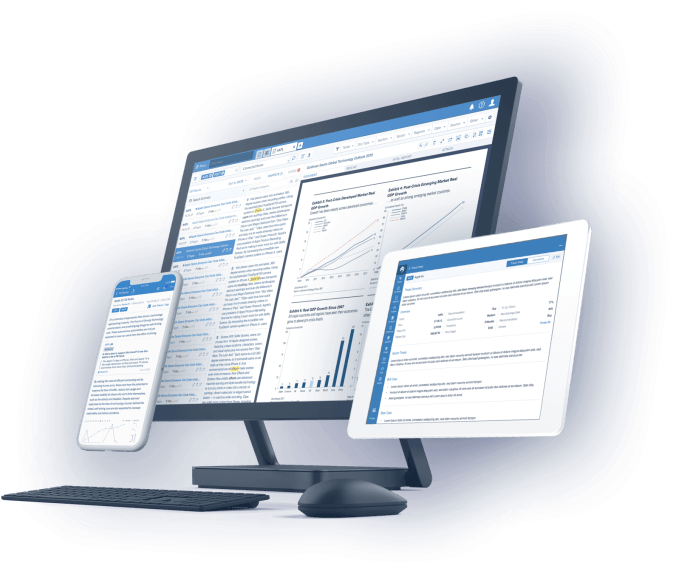 Sentieo’s synonym library allows it to hunt down different ways of saying the same thing with the goal of not forcing investors — or their dutiful analysts — to read through 100-page 10-Q documents manually. “You can get the same information at 10x the speed with something like Sentieo,” Shah claims. It wants to a be a “research management system,” like a Salesforce CRM for tracking investment ideas.

But Sentieo’s 65-person India-based engineering must keep data from all 50 feeds, 25 million documents and 64,000 equities flowing to keep customers satisfied. There are a ton of moving parts, and Sentieo is competing with much bigger companies. Beyond Bloomberg, there are lots of alternative data providers out there. And Microsoft’s software suite also has plenty of info management tools. 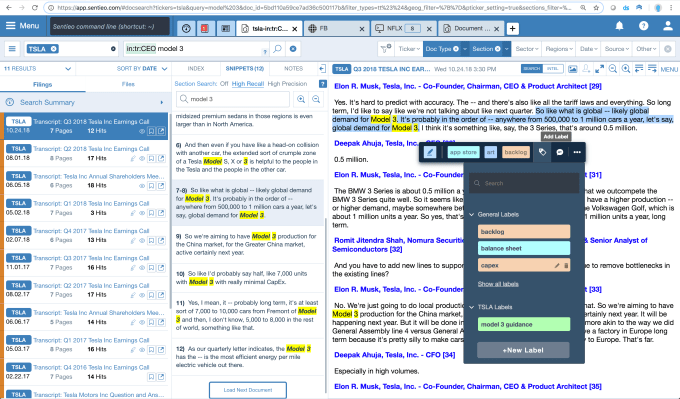 Sentieo’s hope is to emerge as an aggregator of information sources and an annotation tool that benefits from being purposefully designed for what analysts need. If Robinhood is on one side of the spectrum making investing easy for novice traders, Sentieo is on the other end making investing smarter for experts. “It’s really at the bleeding edge of how you get the data today,” Shah concludes. “For every company driven by consumer demand, there are all these little breadcrumbs being left all over the internet.”

[Disclosure: I briefly rented a room in an apartment where Shah lived five years ago and I know him from the San Francisco social scene frequented by many Silicon Valley figures.]