There’s a war brewing to become the cloud pharmacy for men’s health. Roman, which launched last year offering erectile dysfunctional medication and recently added a ‘quit smoking’ kit, is taking on $97 million-funded Hims for the hair loss market. Today, Roman launched four new products it hopes to cross-sell to users through a unified telemedicine subscription and pill delivery app. It now sells meds for premature ejaculation, oral herpes, genital herpes, and hair loss at what’s often a deep discount versus your local drug store. And for those who are too far gone, it’s launching a “Bald Is Beautiful, Too” microsite for finding the best razors, lotions, and head shaving tips. 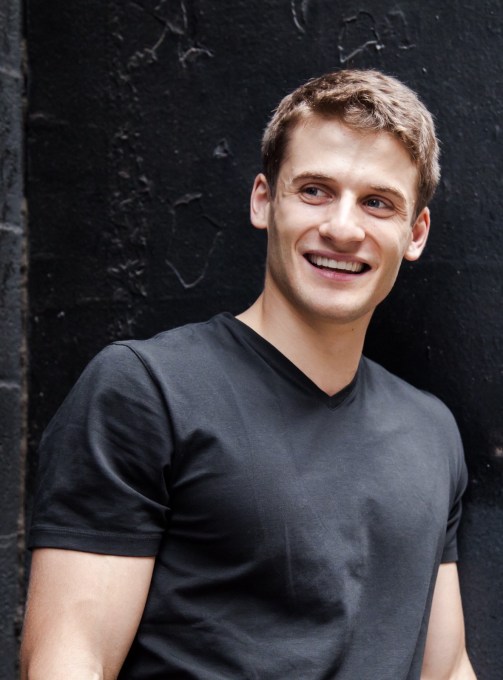 “It’s unlikely that you’ll buy razors from Bonobos or pants from Dollar Shave Club. But with a doctor, it’s actually the exact opposite” Roman CEO Zachariah Reitano tells me. “As a customer you’re frustrated if they send you somewhere else.” And so what started as a single product startup is blossoming into a powerful product mix that can keep users loyal.

Roman starts with a telemedicine doctor’s visit where patients can talk about their health troubles without the embarrassment of going to their general practitioner. When appropriate, the doc can then prescribe medications customers can then instantly buy through Roman.

“If you have something that’s truly consuming your day-to-day, it makes it really hard or nearly impossible to think about the long-term. If you’re 30 pounds overweight and experiencing erectile dysfunction, [it’s the latter symptom] that’s dominating your head space” Reitano explains. The doctor might focus on the underlying health issue, but most humans aren’t so logical, and want the urgent issue fixed first. Reitano’s theory is that if it can treat someone’s erectile dysfunction or hair loss first, they’ll have the resolve to tackle bigger lifelong health challenges. “We’re hoping to work on this so you can take a deep breath and get the monkey off your back” the CEO tells me.

But one thing Roman won’t do is prescribe homeopathic remedies or spurious remedies. “We will only ever offer products that are backed by science and proven to work” Reitano declares. Taking a shot at Roman’s competitor, he says “Hims sells gummies. Roman does not.  No doctor would say Biotin would help you regrow hair”, plus the vitamin can distort blood pressure readings that make it tough to tell if someone is having a heart attack.

“Roman will never slap sugar on vitamins, sell them on Snapchat, and say they’ll regrow your hair” Reitano jabs. Roman also benefits from the fact that Reitano’s father and one of the company’s advisors Dr. Michael Reitano was a lead author on a groundbreaking study about how Valacyclovir could be used to suppress transmission of genital herpes. 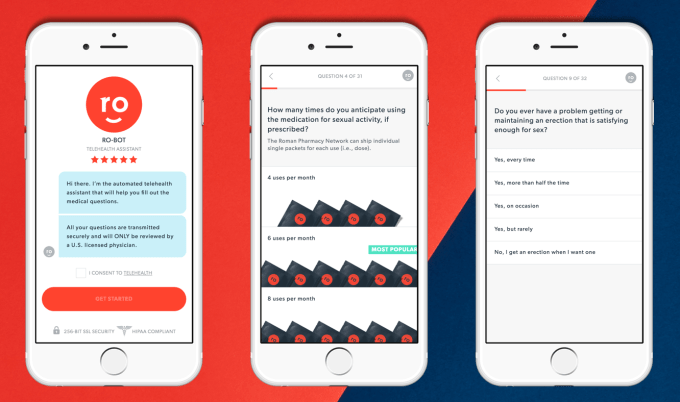 So what is Roman selling?

With Roman, Hims, Amazon acquisition PillPack, and more, there’s a powerful trend in direct-to-consumer medication emerging. Reitano sees it as the outcome of five intersecting facts.

Roman’s $88 million Series A it announced last month is proof of this growing trend. Investors see the traditional pharmacy structure as highly vulnerable to disruption.

Roman will have to defeat not just security threats and competitors, but also the status quo of keeping a stiff upper lip. A lot of men silently suffer these conditions rather than speak up. By speaking candidly about his own erectile dysfunction as a side-effect of heart medication, Reitano is trying to break the stigma and get more patients seeking help wherever feels right to them.