When I bought the Nintendo Switch a few months ago, my friends told me to buy Super Mario Odyssey, The Legend of Zelda: Breath of the Wild and Mario Kart 8 Deluxe. That’s precisely what I did, but none of those games were enough to get me hooked, which is probably for the best.

But then came Super Mario Party, which Nintendo released earlier this month for the Switch. I grew up gaming, but somehow never played Super Mario Party. Well, it seems as if I’ve been missing out my whole life.

Super Mario Party for Nintendo Switch is a quick, pick-up-and-play kind of game. You set the difficulty level, tell the game how much you want to party (10, 15 or 20 turns) and that’s how long you’ll party. But be careful playing with your friends or significant others, because it’s bound to stir up their competitive natures.

For those who are unfamiliar with Super Mario Party, it’s a digital board game. The name of the game (well, not literally) is to collect the most stars. 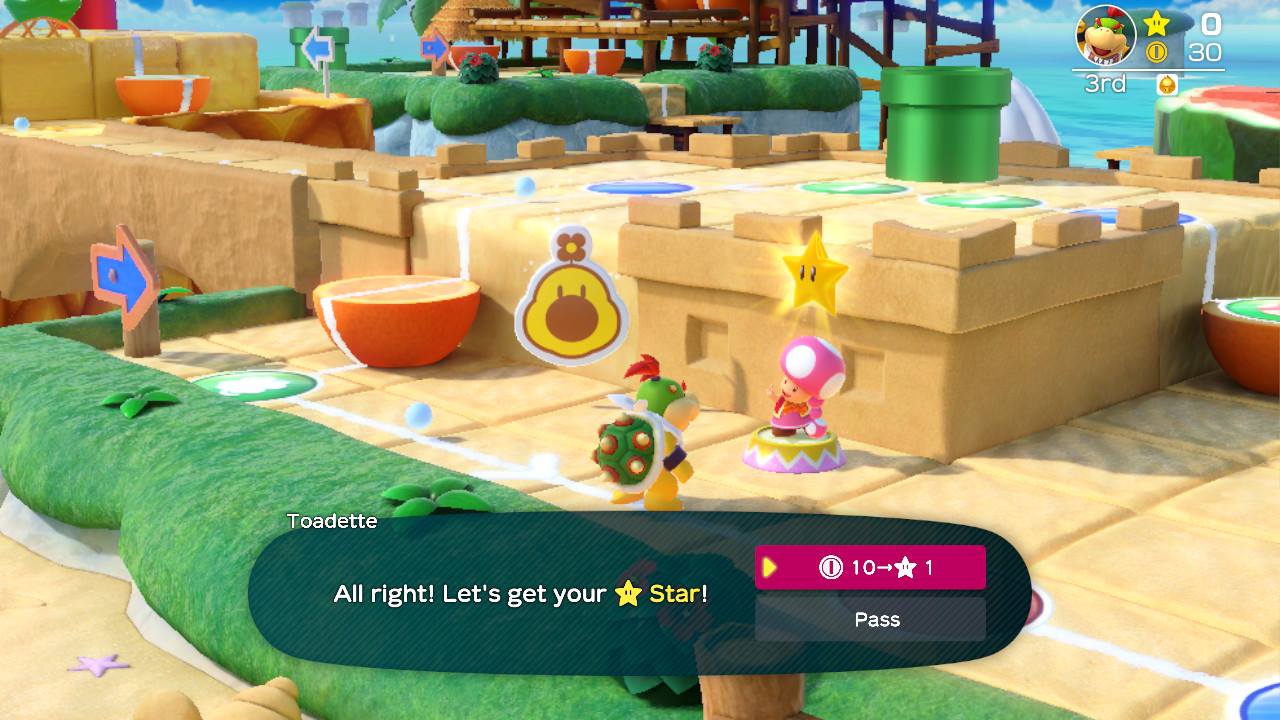 This is my character, Bowser Jr., collecting a star like a boss

To collect these stars, you roll one of two dice — a standard one or one that’s unique to your character. Some characters have dice that roll up to ten (like Donkey Kong and Bowser), but that also comes with the risk of not moving at all or losing coins, which you need to buy stars.

After each round, you play a mini-game, where you’re able to earn some more coins. Depending on the game, you’ll need to put your memory, hand-eye coordination or even sense of touch to work. Thankfully, there’s an opportunity to practice before each mini-game. 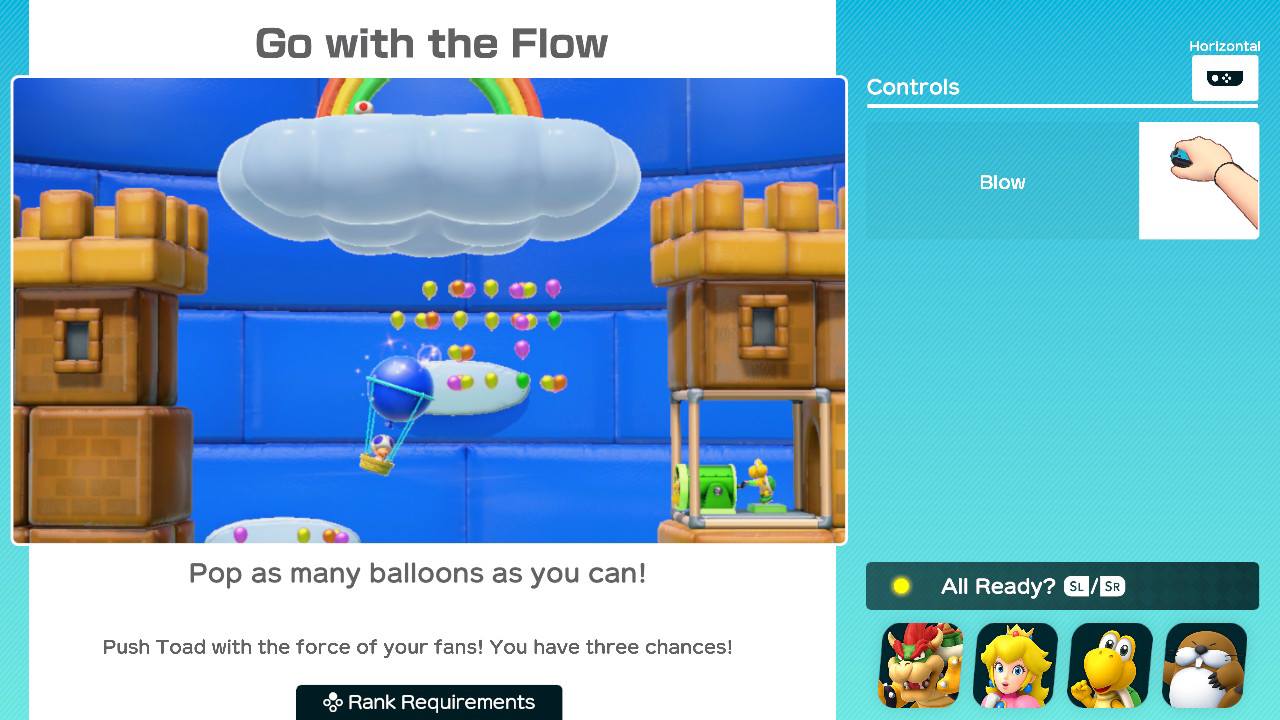 Throughout the game, there are opportunities to steal coins and stars from people. During my last party, Luigi stole a star from Yoshi (played by my girlfriend) and it wasn’t pretty. Let’s just say profanities were exclaimed.

There are more than 80 minigames available to play, some of which make great use of the Joy Con, the name for the Switch’s detachable controllers.

The party mode has four game boards. My favorite board (that is, the board on which I tend to perform the best), is Megafruit Paradise. Down the road, maybe through a software update of sorts, it’d be great to have more boards to choose from. 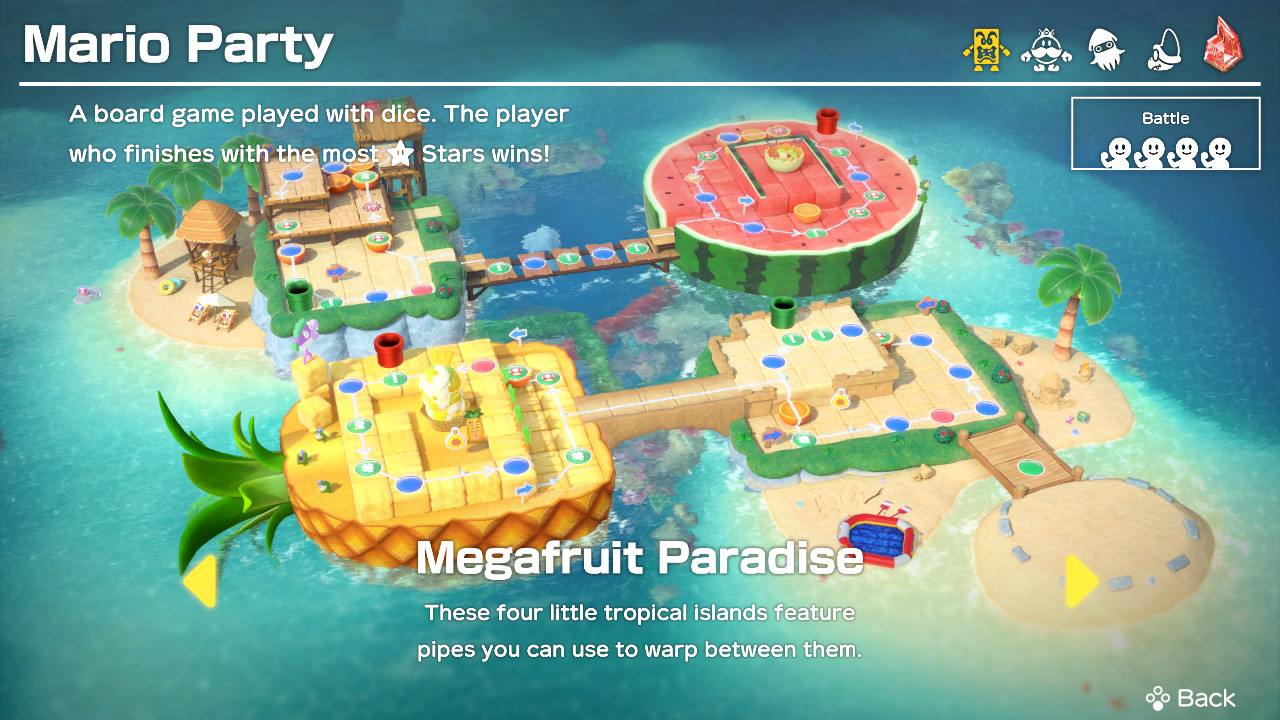 Super Mario Party also features a few other modes: river survival, where you control a boat with the Joy-Con paddles, a Sound Stage that reminds me of Dance Dance Revolution and mini-game mode, where you just play mini-games. 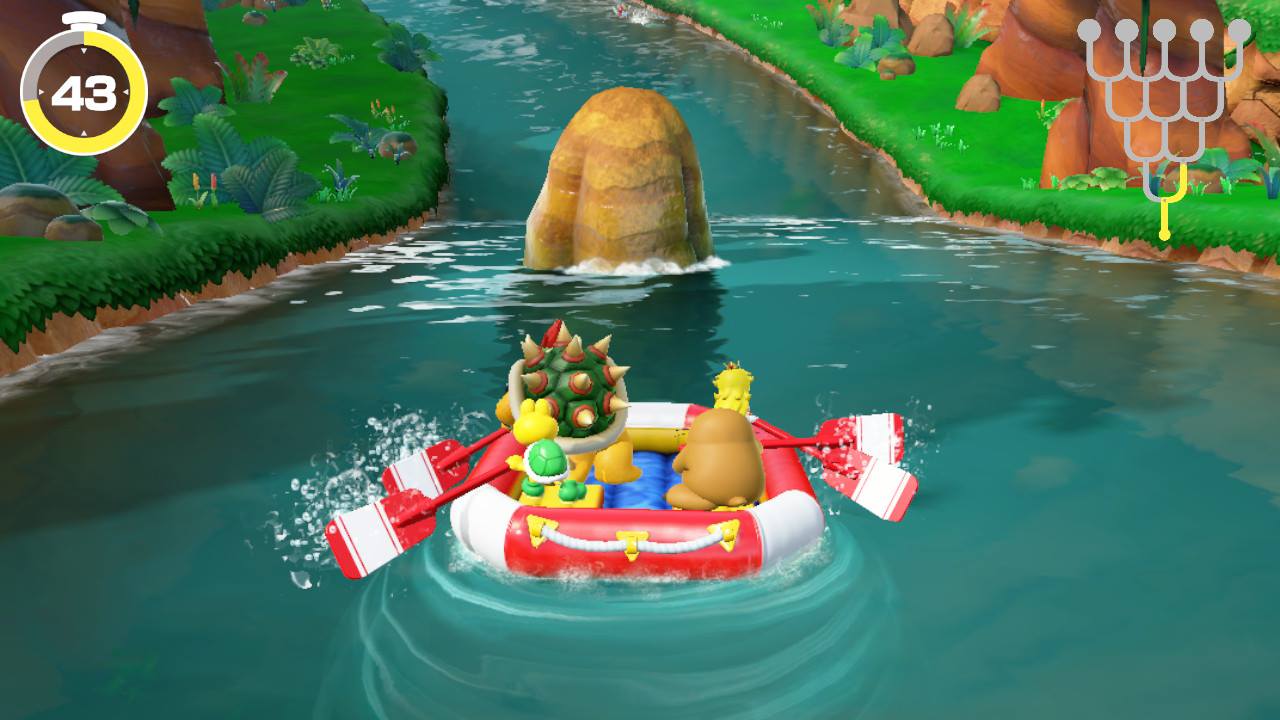 But in my experience, it’s the most fun to play the standard party mode. I’ve heard the best way to play the game is with four humans, but I’ve only ever played it with my girlfriend. We’re already both pretty intense about it, so I could only imagine what it’d be like to play with two other people. Consider this my open invitation to holler at me to get a party started.