Amplifyher Ventures is a new firm looking to invest in female founders.

Amplifyher was created by Tricia Black, Facebook’s former vice president of advertising sales. Since her time at Facebook (where she was the seventh employee), Black has been angel investing, and she also co-founded Victress Capital.

Black told me that Amplifyher allows her to build on her work as an individual investor and at Victress: “I really wanted … to build a team, to formally build my own brand.”

At Amplifyher, the investment team consists of Black and Meghan Cross Breeden, the former managing partner at Red Bear Angels, who also worked at director of communications at StyleCaster.

“We’re a great match,” Black said. “Meghan has done a ton of work on the operational side, I’m really engaged on the networking side … I think we’re going to find a nice balance between the two of us.”

There are other firms with a similar focus on female founders, including Female Founders Fund and BBG Ventures (which is backed by TechCrunch’s parent company Oath) . However, Cross Breeden said she was “completely enthusiastic about Tricia’s whole thesis — not just about seeding the founders, but arming them with both resources and capital to get from founder to CEO.” 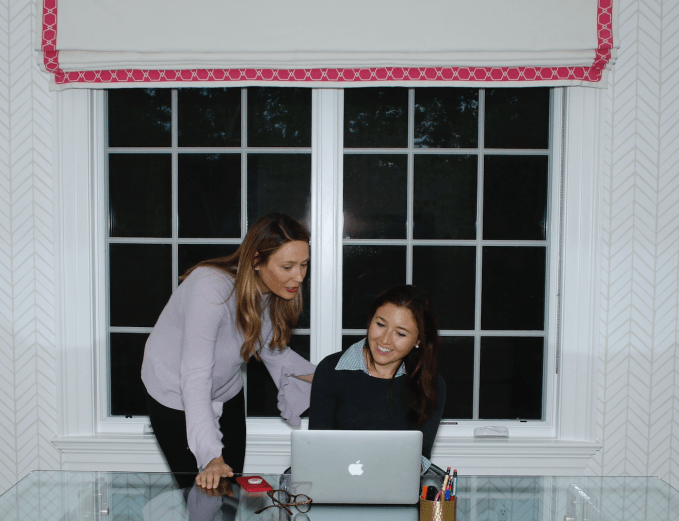 Black and Cross Breeden pointed to stats suggested that there’s plenty more work to be done on this front — the share of female CEOs in the Fortune 500 dropped by 25 percent this year, while in 2017, only 2 percent of VC dollars are going to startups founded solely by women.

“We look at female founders not as necessarily under funded … but just an untapped opportunity,” Black said.

Again, these should be startups led by woman — ideally with at least one female founder, but “if there’s a woman in the C-suite, that works for us,” Black said.

And while the firm isn’t focused on any specific industry, she noted, “We are … both marketers by trade, and I’ve invested in many direct-to-consumer brands.” They also expect most of their investments to be on the East Coast, particularly those in Boston and New York City (where Amplifyher is based).

“We’re building an entire ecosystem of women leaders,” Black added. “Through our personal networks, we’re not just making introductions between them, but really encouraging the sharing of ideas and expertise.”