“I think any company scaling today has to have a crypto strategy. This is the start of ours,” Omni founder and CEO Tom McLeod tells me. His on-demand property storage and rental marketplace raised $25 million in XRP coins back in January in what some saw as an opportunist move to capitalize on the cryptocurrency boom. That industry has since gone bust, and XRP is in the cross-hairs of regulators who may classify it as a security with extra restrictions.

Now Omni has a way to get rid of some of its XRP. It’s beginning to let people get paid in the coin when they rent their stuff to fellow Omni users. Their balance of earnings is held in USD, but they can cash out to XRP at any time with no fee.

“In every other crypto investment scenario, you have to risk your cash — this way you can put items you already own to work for you and have them earn XRP while you relax,” says McLeod. “With this integration, you can basically double dip on ownership-as-investment by both unlocking liquidity early and investing some or all of the proceeds back into the crypto markets.” 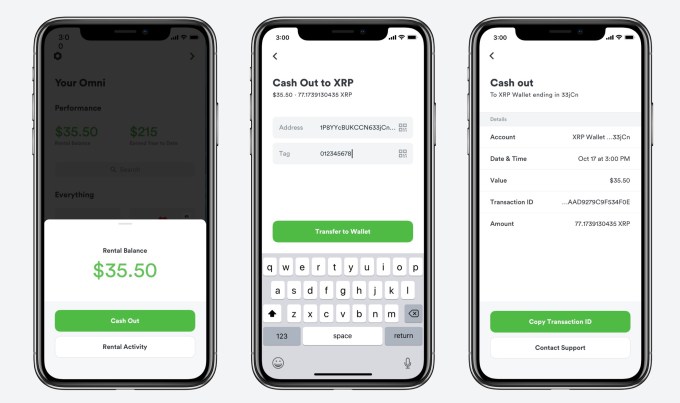 Many users may not want XRP or to have anything to do with crypto. They can luckily ignore the feature. But they won’t be able to ignore Omni’s aggressive push to get people renting their stuff out.

Omni began as a just a storage service, now available in San Francisco and Portland. You schedule a pick up, its reps come to your place, they photograph the condition of your items, and haul them away to be stored in warehouses where space is cheaper than inside the city at users’ homes. The insane convenience of the service is you can request any of your items to be returned in as little as a few hours, so it’s almost like they never left your place. Most traditional self-storage units aren’t open 24/7 and it’s a big hassle to go pick up your stuff, often requiring a truck.

Omni is essentially Amazon Web Services for physical goods. And the thought is that once self-driving vehicles and warehouse robots improve, much of the work to schlep your stuff around would be automated. The monthly recurring storage fees created a reliable business model, and suddenly having to make room for all your goods at home kept users from churning.

But long-term, Omni sees rentals as its cash cow. Instead of the items you store just sitting in the warehouse, it’s created a two-sided marketplace where anyone can rent those items without causing any additional work for the owner, who simply gets paid while Omni keeps a cut. 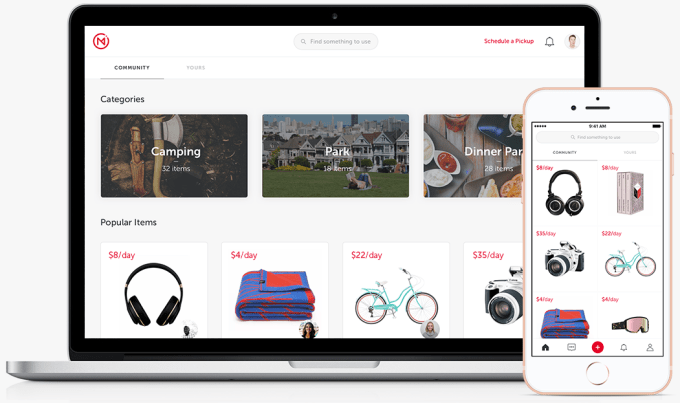 Unfortunately, Omni is now trying to pressure users into storing goods separately so they can be rented instead of as plastic bins or suitcases full of goods. So at the start of 2019 it’s doubling the monthly cost of storing a large closed container, box or bag from $7.50 to $15 per month. That’s pretty steep, and a significant hike.

“Marketplace is driving Omni growth, and has always been the core of the long-term vision,” says McLeod. “Closed containers don’t grow the business, but move almost as much. We’re basically the same price as competitors now for them. It also makes it potentially more likely that small items will be itemized. We’re going to launch kits/playlists that will allow for grouping in the coming months.”

The XRP integration could potentially save Omni money on transaction fees. But the whole idea sounded a lot better when cryptocurrency was perceived as a gold rush rather than a gamble.