Casio released the first G-Shock watch in 1983. The original set the bar for tough watches with incredible shock resistance to protect the quartz module. It’s a classic and still available for purchase in several forms in 2018.

Recently, Casio released an all-metal version of the watch that features the iconic design but with modern technology like Bluetooth connectivity. This isn’t a smartwatch, but simply a watch that’s a bit smarter than most. 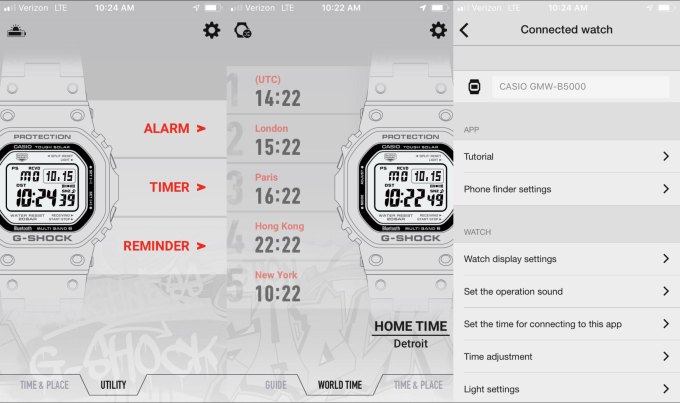 The Bluetooth function is simple and worth a look. It gives owners an easy way to access settings. Instead of navigating through the menus on the watch, owners can use a smartphone app to sync the watch to the phone’s time, adjust settings and set alarms and reminders. It takes just one button press on the watch and for the owner to launch the app. The watch does not have to be connected through the phone’s Bluetooth menu; the app takes care of it all.

I found the experience a refreshing update. I don’t need a smartwatch all the time but there are advantages to connecting a watch to a phone. If this is a glimpse at the future of timekeeping, I’m all in. I enjoy a complicated complication as much as the next guy, but sometimes it’s overwhelming to set the primary timezone let alone the alarm. I don’t mind when an app can do it for me.