Police investigating the missing Saudi journalist Jamal Khashoggi are searching for his Apple Watch to obtain his health and location data before his disappearance. But that may prove impossible, according to new details learned by TechCrunch.

The Saudi-born U.S. resident and Washington Post columnist went missing last week after he entered the Saudi consulate in Istanbul, reportedly to obtain marriage papers. His soon-to-be wife was waiting outside the consulate with Khashoggi’s iPhone.

Khashoggi never emerged from the consulate, sparking a manhunt. It has been reported but not confirmed that he was killed inside the consulate. The Washington Post reports that U.S. intercepts showed efforts by the Saudi crown prince Mohammad bin Salman to lure the reporter back to the kingdom and detain him.

Khashoggi was a vocal critic of the Saudi government. The Saudi kingdom has denied any involvement with his disappearance.

On Wednesday, Reuters reported, citing Turkish officials, that investigators were looking to Khashoggi’s black Apple Watch that he was wearing as he entered the consulate. The inference was that any data collected by the Apple Watch could glean answers into health data, such as his heart rate, location or other clues.

Turkey does not have the watch, Reuters said, suggesting it may have been lost, destroyed or remains in the custody of Saudi authorities.

TechCrunch staff have scoured several photo libraries and social media and found one image of Khashoggi wearing a third-generation Apple Watch — based on the red dot on the watch’s crown. The 2017 model comes with an optional LTE connection. 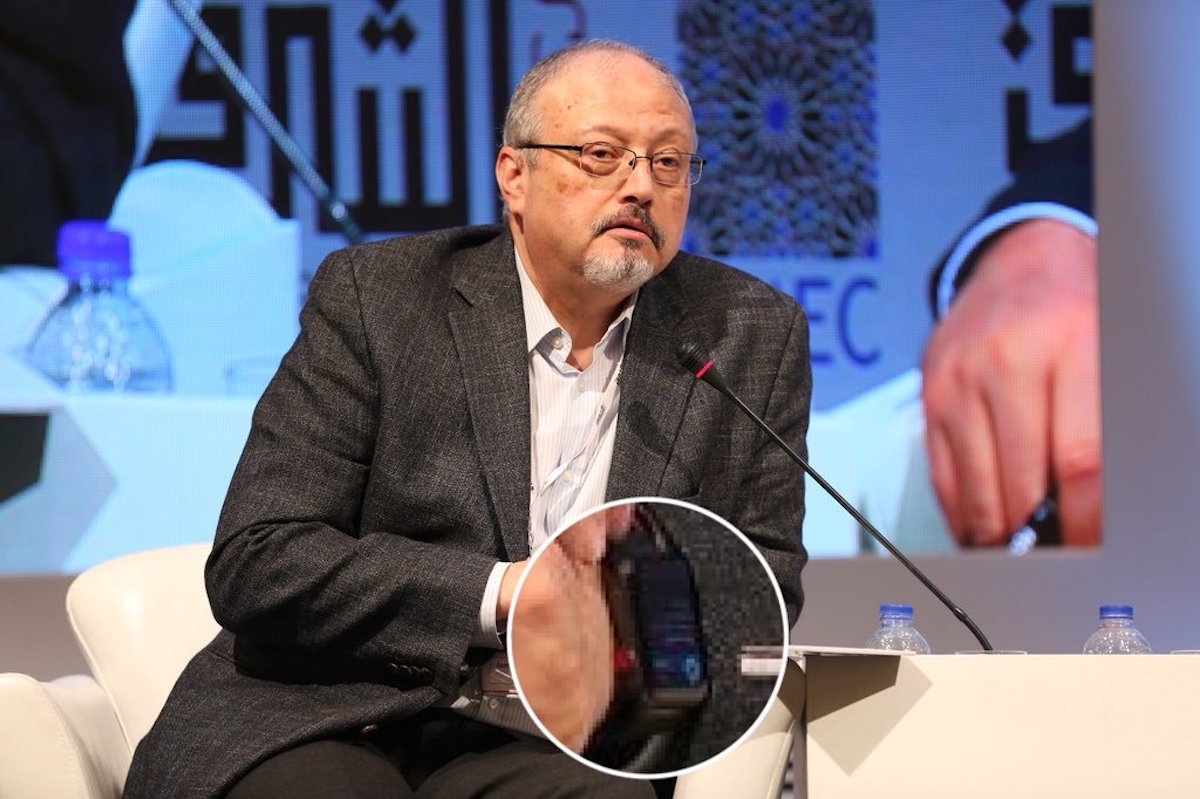 But even if Khashoggi entered the Saudi consulate wearing that model, a third-generation Apple Watch does not support cellular connections in Turkey, effectively ruling out any chance that his health data synced either with his iPhone outside or Apple’s servers.

It’s also unlikely that the watch connected to a known Wi-Fi network inside the consulate, or that the watch was within close enough range to sync with his iPhone outside using Bluetooth.

In any case, if health data from Khashoggi’s watch was transmitted over the air to Apple’s iCloud where it could be synced with his iPhone, the data is encrypted with his passcode.

Not even Apple — and therefore law enforcement — can access this data, meaning any evidence of his whereabouts will be on his iPhone.

There have been several cases of watches and fitness trackers helping authorities find missing persons, as well as help secure prosecutions. As much as wearables help track a person’s fitness and activity, they store and transmit data that’s often stored in the cloud. That data is often obtainable by law enforcement, which critics say is a privacy risk.

How Wearable Tech Could Spark A New Privacy Revolution