Falling somewhere between a boutique hotel experience and an Airbnb, The Guild is launching today with $9 million in funding led by Maveron with participation from Convivialite Ventures and Corigin Ventures to provide travelers with tech-driven hospitality. The startup is also officially expanding into Miami, Cincinnati and Denver. Based in Austin, The Guild has a handful of properties in Austin and Dallas.

The Guild works by partnering with building owners to operate hotel accommodations in commercially-zoned or mixed-use buildings. The Guild’s room offerings range from a mix of traditional hotel rooms to more apartment-style accommodations (think studio, 1 BR and 2 BR apartments).

Right now, The Guild leases the 290 units across its five markets, but the company is open to revenue-share and other types of financing structures down the road.  Before launching in a market, The Guild looks at the area’s walkability and the prevalence of businesses and conferences. In general, it’s paying attention to the potential for marketability. By the end of next year, The Guild expects to operate in 1,000 units across up to 10 markets.

The Guild aims to differentiate itself from traditional hotels with its technology. Guests, for example, can quickly get food delivered from services like UberEats and DoorDash, rather than pay highway robbery for room service. 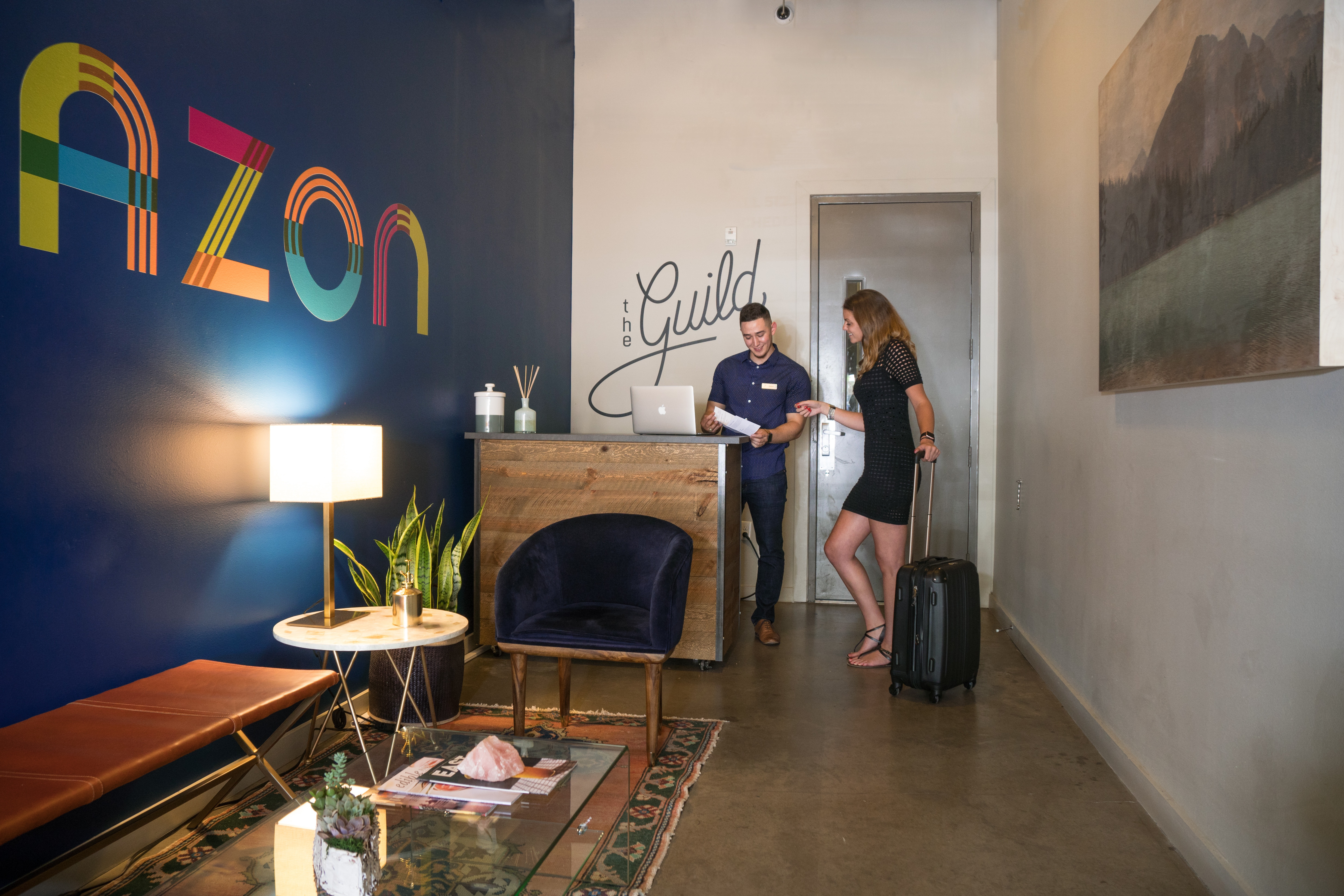 The Guild also offers digital check-in and keyless entry. But the idea isn’t to replace humans with technology. While The Guild uses technology as a means of communication, there is still a front desk person on hand to help around the clock.

“We use tech as a way to connect people,” The Guild co-founder Brian Carrico told TechCrunch. “We’ve found people like human interaction and connection. Humans are fed a lot of information about why guests are there and then use that information to surprise and delight guests.”

On average, The Guild exchanges 40 text messages with every guest.

“It’s cool to see how tech can connect people and not be a substitute for people,” Carrico said.

The Guild functions as both the brand and the operator, which Carrico says makes it possible to run a viable business while ensuring workers are taken care of. For example, every single employee — which covers the front desk, reservations and maintenance, gets health insurance and equity in the company. While The Guild does not employ housekeeping workers, Carrico says the vendor it works with pays above market rate.