Intra is a new app that aims to prevent DNS manipulation attacks. Whenever you visit a website, the easy-to-remember web address is converted to a less-than-memorable IP address — often over an unsecured connection. That makes it easy for oppressive governments — like Turkey, which has used this technique before — to intercept web addresses requests and either kill them in their tracks to stop sites from loading, or redirect to a fake site.

By passing all your browsing queries and app traffic through an encrypted connection to a trusted Domain Name Server, Intra says it ensures you can use your app without meddling or get to the right site without interference.

“Intra is dead simple to use. Just download the app and turn it on,” Jigsaw said. “That’s it.”

Jigsaw has already seen some successes in parts of the world where internet access is restricted or monitored. The government in Venezuela reportedly used DNS manipulation to prevent citizens from accessing news sites and social networks. 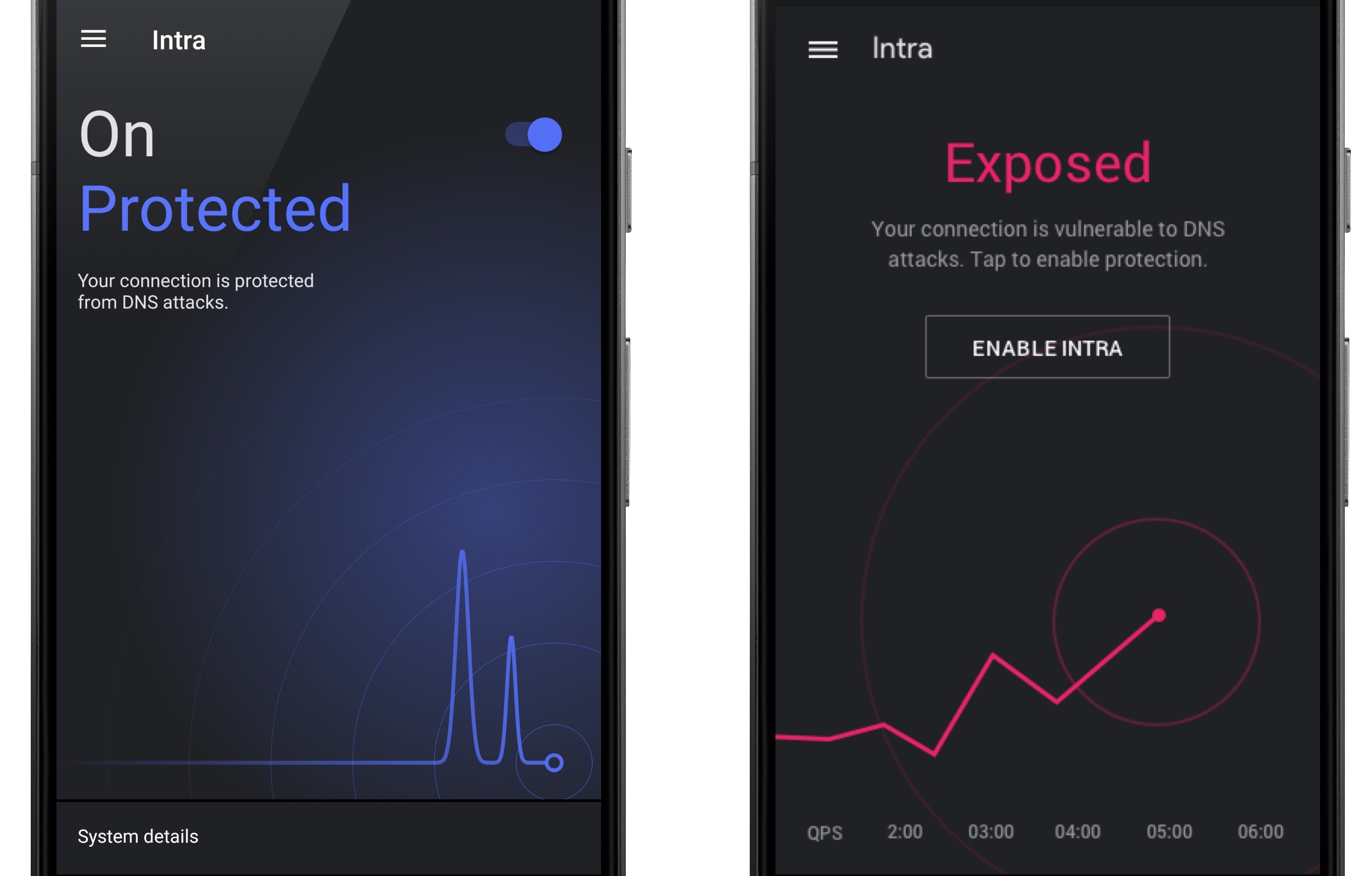 The app uses Google’s own trusted DNS server by default, but users can also funnel their browsing requests through Cloudflare, which also hosts its own publicly accessible secure DNS server, or any other secure DNS server.

Admittedly, that requires a bit of trust for Google and Cloudflare — or any third party. A Jigsaw spokesperson told TechCrunch that Intra’s use of Google’s DNS is covered by its privacy policy, and Cloudflare also has its own.

Jigsaw said it will bake the app into Android Pie, which already allows encrypted DNS connections. But Jigsaw is also making the app available for users in parts of the world with weaker economies that make upgrading from older devices near-impossible so they can benefit from the security features.

It’s the latest piece in the security and privacy puzzle that Jigsaw is trying to solve.

The little-known Alphabet division is focused on preventing censorship, threats of online harassment and countering violent extremism. The incubator focuses on empowering free speech and expression by providing tools and services that make online safer for higher-risk targets.

Jigsaw has also invested its time on several other anti-censorship apps, including Project Shield, which protects sites against distributed denial-of-service attacks, as well as Outline, which gives reporters and activists a virtual private network that funnels data through a secure channel.