One last piece of hardware from today’s Microsoft event. The company issued an update to what is arguably the most compelling member of the Surface family. The company’s innovative iMac competitor, the Surface Studio got a refresh today, as expected.

As with the other products announced at today’s event, things look pretty similar on the, you know, Surface. Like the Laptop, that’s actually just fine here. The Studio’s got one of the more groundbreaking designs you’ll find in a desktop PC. There are a number of key updates from a hardware perspective, however. 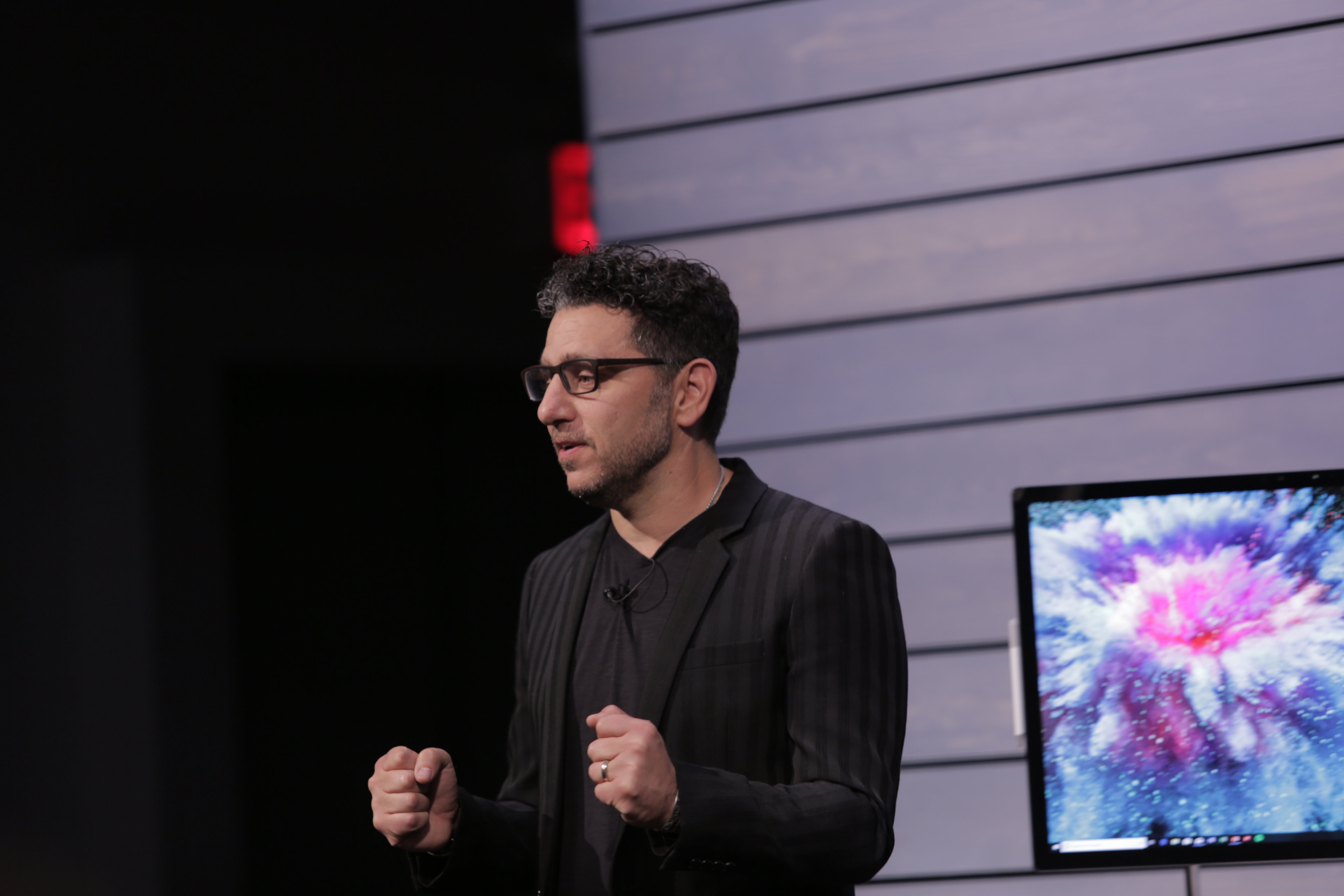 The 28-inch screen is 38 percent brighter, with 22 percent more contrast, according to the company’s numbers. It features a total of 13.5 million pixels.

The touchscreen features tilt sensitivity for pen input, with 4,096 levels of pressure and improved ink latency. Inside you’ll find Pascal graphics, coupled with up to a 2TB solid state drive. That’s an interesting move, given that Nvidia recently announced its next-generation Turing architecture. Those cards are still very expensive, though, and Nvidia continues to sell them side-by-side with its Pascal-based cards.

The Studio 2 worked admirably during the demo, with a speedy response time using the pen, along with on-board AI capable of transforming handwriting into text, while pulling corresponding images down from the cloud.