If the current presidential administration’s approach to climate change could be summarized in one sentence, it seems that sentence would be “smoke em if you got em.”

By the administration’s own estimate, on its current course (if nations around the world do nothing more to respond to the climate change threat) the planet will warm by 7 degrees by the end of the century. It means, as one Twitter commentator pointed out, that climate change is not only real, but catastrophic… and the response is to burn more carbon because we’re all dead anyway.

“Well, at least they finally admitted it was real,” said the man crawling out of the ensuing permanent desert hellstorm covering America into the more soothing environs of a 30 meter sea rise to quietly drown along with civilization as we know it… 😬 https://t.co/TwJ5nDwjtV

If global temperatures rise 7 degrees, much of coastal America will find itself underwater. Ocean acidification will dissolve coral reefs and the world can expect dramatically more powerful and more damaging storms and more severe droughts and heatwaves.

However, as The Washington Post reported, the dire assessment of the world’s climate situation wasn’t made with an eye toward trying to find solutions to the problem, merely to illustrate that the planet is already doomed.

The revelations of our planet’s fate came buried in a 500-page report from the National Traffic Highway Safety Administration study that was meant to justify President Trump’s decision to drop fuel efficiency standards for cars and trucks built after 2020.

The (lack of) logic explains why the administration has rolled back emissions reduction requirements on methane (from oil and gas drilling and industrial animal farming), carbon dioxide (for coal fired power plants), and hydrofluorocarbons (used in refrigerators and air conditioners).

The NTHSA report projects that global temperatures will rise by roughly 3.5 degrees above the last average temperature before climate change began to affect (the years between 1986 and 2005) whether or not the rules on fuel efficiency standards are enacted or not.

The administration isn’t wrong in its assessment of where things stand now, but it is wrong in assuming that the current situation in any way reflects future realities. 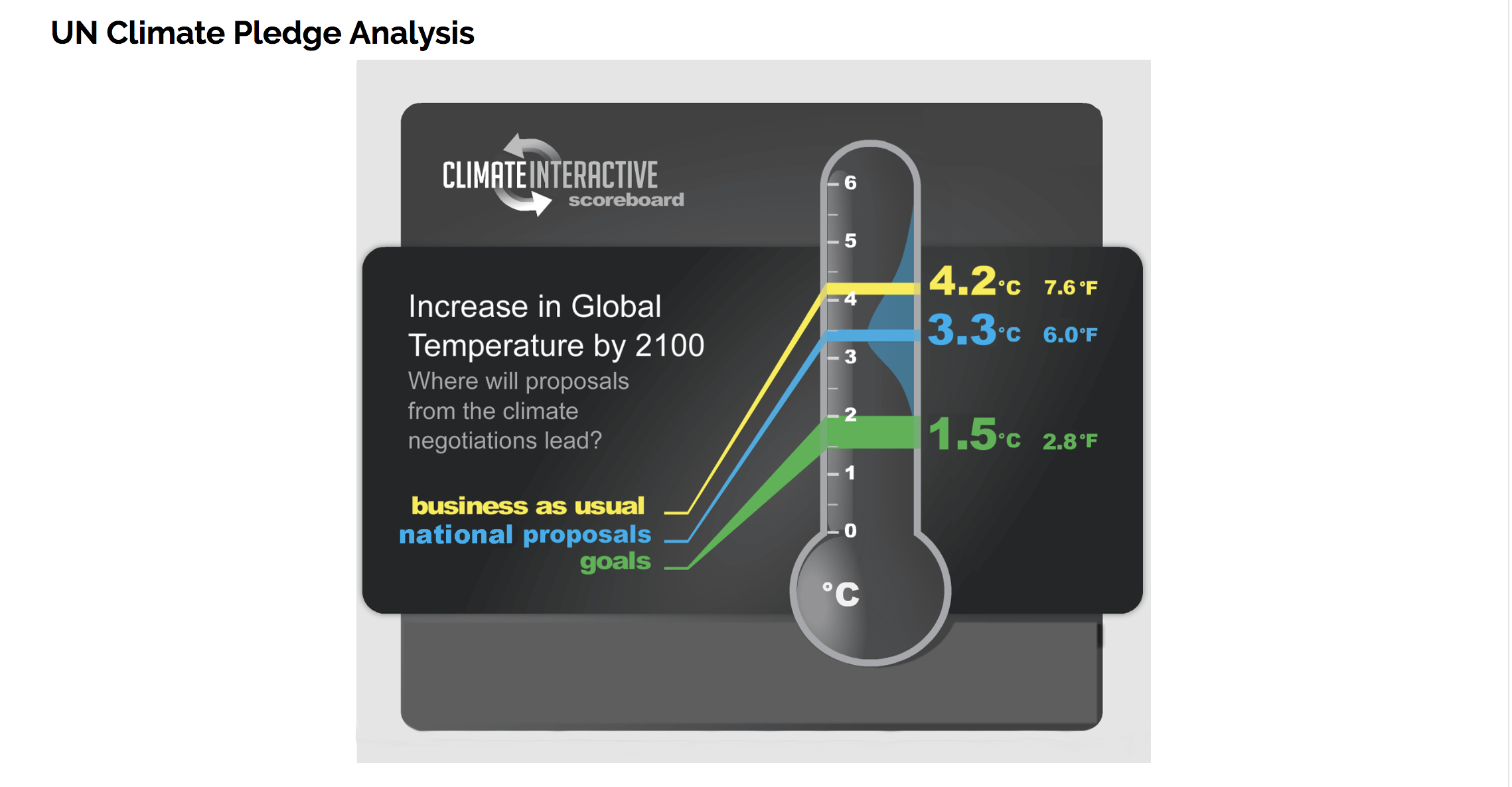 As the analysis states, the world will have to drastically slash carbon to avoid the kind of disastrous warming scenario. However, the assumption that the analysis reaches (as quoted by The Post), that reducing emissions “would require substantial increases in technology innovation and adoption compared to today’s levels and would require the economy and the vehicle fleet to move away from the use of fossil fuels, which is not currently technologically feasible or economically feasible,” seems misplaced.

It also flies in the face of repeated assertions by the President that climate change is a hoax.

By acknowledging the existence of climate change and saying that nothing can be done to stop it, the new report provides a cover for all of the steps that have been taken by conservative lawmakers and the President’s cabinet to cut costs for industry.

Meanwhile, the Carolinas are still underwater from flooding brought on by Hurricane Florence (here are ways to donate), and the risk of wildfires continues to increase in the West.