WhatsApp founder, Brian Acton, who left Facebook a year ago — before going on to publicly bite the hand that fed him, by voicing support for the #DeleteFacebook movement (and donating $50M to alternative encrypted messaging app, Signal) — has delved into the ethics clash behind his acrimonious departure in an interview with Forbes.

And for leaving a cool ~$850M in unvested stock on the table by not sticking it out a few more months inside Zuckerberg’s mothership, as co-founder Jan Koum did. (Collecting air cooled Porsches must be an expensive hobby, though.)

Acton has also suggested he was used by Facebook to help get its 2014 acquisition of WhatsApp past EU regulators who had been concerned it might be able to link accounts — as it subsequently did.

“You mean it won’t make as much money”

The WhatsApp founders’ departure from Facebook boils down to a disagreement over how to monetize their famously ‘anti-ads’ messaging platform from Menlo Park.

Though how the pair ever imagined their platform would be safe from ads in the clutches of, er, an ad giant like Facebook remains one of the tech world’s greatest unexplained brain-fails. Or else they were mostly just thinking of the billions Facebook was paying them.

Acton said he tried to push Facebook towards an alternative, less privacy hostile business model for WhatsApp — suggesting a metered-user model such as by charging a tenth of a penny after a certain large number of free messages were used up.

But that “very simple business” idea was rejected outright by Facebook COO Sheryl Sandberg, who he said told him “it won’t scale”.

“I called her out one time,” Acton also told Forbes. “I was like, ‘No, you don’t mean that it won’t scale. You mean it won’t make as much money as…,’ and she kind of hemmed and hawed a little. And we moved on. I think I made my point… They are businesspeople, they are good businesspeople. They just represent a set of business practices, principles and ethics, and policies that I don’t necessarily agree with.” 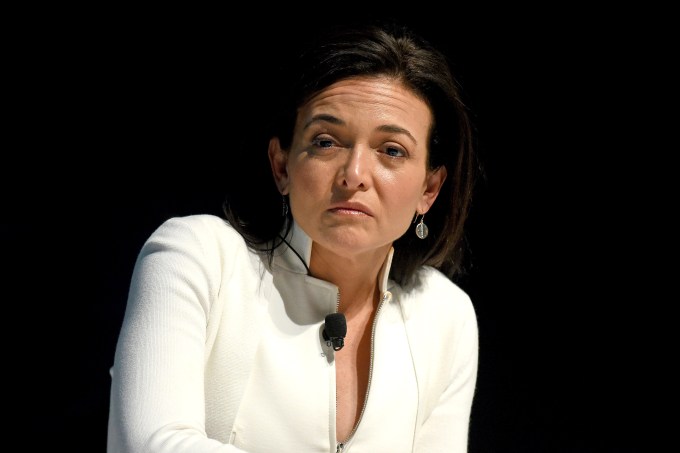 Still, it seems Acton and Koum had a pretty major inkling of the looming clash of business “principles and ethics” with Facebook’s management, given they had a clause written into their contract to allow them to immediately get all their stock if the company began “implementing monetization initiatives” without their consent.

So with his ideas being actively rejected, and with Facebook ramping up the monetization pressure on the “product group” (which is how Acton says Zuckerberg viewed WhatsApp), he thought he saw a route to both cash out and get out — by calling in the contract clause.

Facebook had other ideas, though. Company lawyers told him the clause didn’t yet apply because it had only been “exploring”, not yet implementing monetization. At a meeting over the issue he said Zuckerberg also told him: “This is probably the last time you’ll ever talk to me.” So presumably things got pretty chilly.

The original $19BN deal for Facebook to buy WhatsApp had been rushed through over a weekend in 2014, and Acton said there had been little time to examine what would turn out to be crucial details like the monetization clause.

But not doing the due diligence on that clearly cost him a second very sizeable personal fortune.

Regardless, faced with more uncomfortably chilly meetings, and a legal fight to get the unvested stock, Acton said he decided to just take the winnings he already had and leave.

He even rejected an alternative proposed settlement (without fleshing out exactly what it was) — saying Facebook management had wanted to put a nondisclosure agreement in it, and “that was part of the reason that I got sort of cold feet in terms of trying to settle with these guys”.

“At the end of the day, I sold my company. I am a sellout. I acknowledge that,” he also told Forbes, indicating that he’s not unaware that the prospect of a guy who got really, really wealthy by selling out his principles and his users then trying to claw out even more cash from the ad tech giant he sold to probably wouldn’t look so good.

In August Facebook confirmed that from next year it will indeed begin injecting ads into WhatsApp statuses — which is where the multimedia montage Stories format it cloned from Snapchat has been bolted onto the platform.

So WhatsApp’s ~1.5BN+ monthly users can look forward to unwelcome intrusions as they try to go about their daily business of sending messages to their friends and family.

How exactly Facebook will ‘encourage’ WhatsApp users to eyeball the marketing noise it intends to monetize remains to be seen. But tweaks to make statues more prominent/unavoidable look likely. Facebook is a master of the dark pattern design, after all.

The company is also set to charge businesses for messages they receive from potential customers via the WhatsApp platform — of between a half a penny and 9 cents, depending on the country.

So, in a way, it’s picking up on Acton’s suggestion of a ‘metered model’ — just in a fashion that will “scale” the bottom line in Sandberg’s sought for ‘loadsamoney’ style.

Though of course neither Acton nor Koum will be around to cash in on the stock uplift as Facebook imposes its ad model onto a whole new unwilling platform.

“I think everyone was gambling… because enough time had passed”

In perhaps the most telling tidbit of the interview, Acton reveals that even before the WhatsApp acquisition had been cleared he was carefully coached by Facebook to tell European regulators it would be “really difficult” for it to combine WhatsApp and Facebook user data.

“I was coached to explain that it would be really difficult to merge or blend data between the two systems,” Acton said.

An ‘impossible conjoining’ that Facebook subsequently, miraculously went on to achieve, just two years later, which later earned it a $122M fine from the European Commission for providing incorrect or misleading information on the original filing. (Facebook has maintained that unintentional “errors” were to blame.)

After the acquisition had been cleared Acton said he later learned that elsewhere in Facebook there were indeed “plans and technologies to blend data” between the two services — and that specifically it could use the 128-bit string of numbers assigned to each phone to connect WhatsApp and Facebook user accounts.

Phone-number matching is another method used to link accounts — and sharing WhatsApp users’ phone numbers with the parent group was a change pushed onto users via the 2016 update to WhatsApp’s terms and conditions.

(Though Facebook’s linking of WhatsApp and Facebook accounts for ad targeting purposes remains suspended in Europe, after regulatory push-back.)

“I think everyone was gambling because they thought that the EU might have forgotten because enough time had passed,” he also said in reference to Facebook pushing ahead with account matching, despite having told European regulators it couldn’t be done.

Regulators did not forget. But a $122M fine is hardly a proportionate disincentive for a company as revenue-heavy as Facebook (which earned a whopping $13.23BN in Q2). And which can therefore swallow the penalty as another standard business cost.

Acton said Facebook also sought “broader rights” to WhatsApp users data under the new terms of service — and claims he and Koum pushed back and reached a compromise with Facebook management.

The ‘compromise’ being that the clause about ‘no ads’ would remain — but Facebook would get to link accounts to power friend suggestions on Facebook and to offer its advertising partners better targets for ads on Facebook. So really they just bought themselves (and their users) a bit more time.

Now, of course, with both founders out of the company Facebook is free to scrub the no ads clause and use the already linked accounts for ad targeting in both directions (not just at Facebook users).

And if Acton and Koum ever really thought they could prevent that adtech endgame they were horribly naive. Again, most probably, they just balanced the billions they got paid against that outcome and thought 2x [shrug emoji].

Facebook’s push to monetize WhatsApp faster than its founders were entirely comfortable with looks to be related to its own concerns about needing to please investors by being able to show continued growth.

Facebook’s most recent Q2 was not a stellar one, with its stock taking a hit on slowing user growth.

Internally, Acton said Facebook had targeted a $10 billion revenue run rate within five years of monetization of WhatsApp — numbers he thought sounded too high and which therefore must be reliant on ads.

And so within a year or so Acton was on his way out — not quite as personally mega-wealthy as he could have been. But definitely don’t cry for him. He’s doing fine.

At the Signal Foundation, where Acton now works, he says the goal is to make “private communication accessible and ubiquitous”.

Though the alternative e2e encrypted app has only unquantified “millions” of users to WhatsApp and Facebook’s multi billions. But at least it has $50M of Acton’s personal fortune behind it.