Twenty years ago this month, a pair of Stanford PhD students founded a search engine company based in their friend Susan’s Menlo Park garage. Initially named “BackRub,” Larry Page and Sergey Brin eventually thought better of it and opted for a misspelling of the term googol, denoting the number one followed by 100 zeros.

To mark its 20th anniversary, Google’s peppering its properties with some fun Easter eggs, in addition to the above doodle. Starting today, a number of circa 1998-style queries will prompt the suggestion “It’s 2018! Did you mean?

There are 17 such queries. So, spoilers, here’s the list: 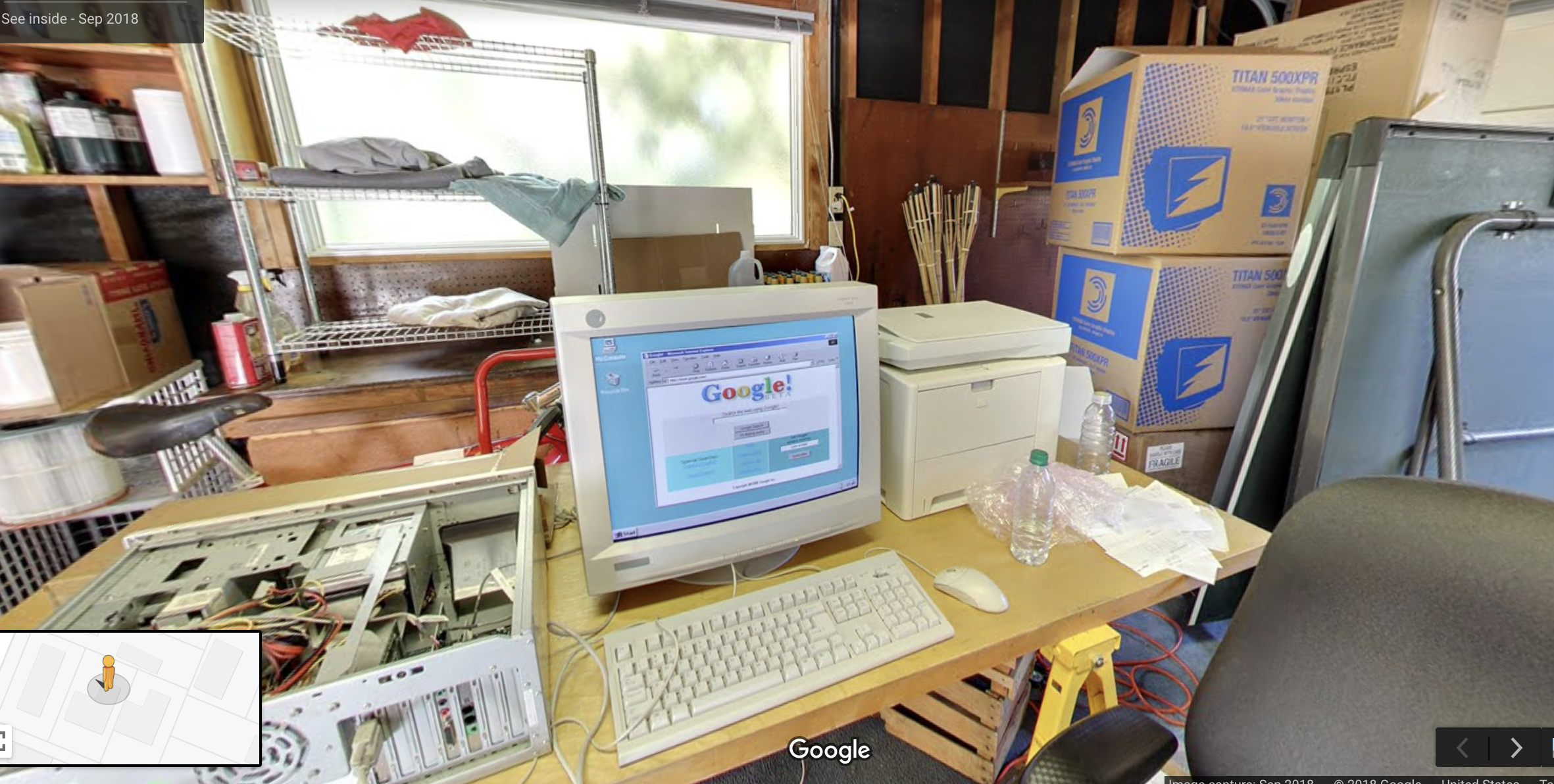 The Google Street View feature is even more fun. The aforementioned Susan (who now runs a little video site) has kindly offered up an inside glimpse of the space where it all started. The garage has been restored to its old glory, with the old-school Google homepage on an equally old-school monitor. There’s also the bedroom that serviced as the company’s “Worldwide Headquarters.”