CollegeHumor is getting into the subscription business with a new service called Dropout.

Dropout is part of CH Media, the IAC-owned subsidiary that also includes Dorkly, Drawfree and CollegeHumor proper. It’s not just a subscription video service. Yes, there will be ad-free video series, many of them starring familiar faces from previous CollegeHumor shows, but Dropout will also offer comics and chat stories.

Chief Business Officer Shane Rahmani said that rather than SVOD (subscription video on demand), Dropout is offering “SMOD — subscription media on demand.” He added that with a subscription model, CollegeHumor can “play at a proverbial next level of investment,” with content that “feels much more premium.”

It’s been a little over a year since NBCUniversal announced it was shutting down its own comedy streaming service, Seeso. Rahmani didn’t discuss Seeso directly during our interview, but he addressed the broader question: “Why do I think this will work?”

“It really all comes down to the core offering for this very specific consumer,” he said. “It’s built for a very digitally native consumer particularly, someone who loves nerd culture but also loves comedy and goes out to things like Comic-Con. Someone who plays a lot of video games and loves being a fan of ours. We’re dead-focused on meeting their needs specifically in the first year.” 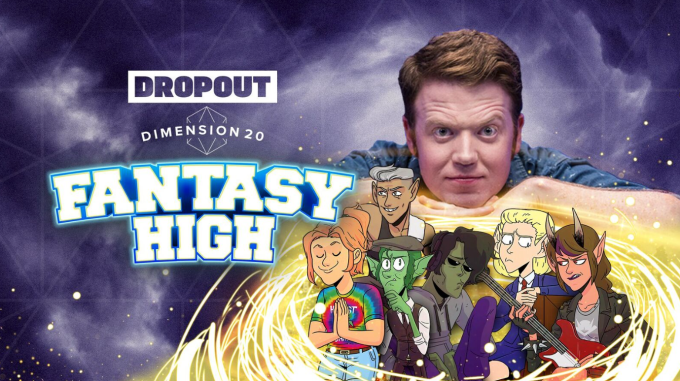 Although Rahmani and his team have a clear audience in mind, they don’t see “nerdy” as synonymous with “white guys.” In fact, when I asked about diversity of talent and of audience, CollegeHumor sent me the following statement from Chief Creative Officer Sam Reich:

Inclusivity is a top priority for us at CollegeHumor / DROPOUT. We don’t see nerdy topics as belonging to one group of people and not another. If you look at RPGs, for instance, there is a more diverse collection of people playing them now than ever before — and if you look at the cast of our RPG show, “Dimension 20,” it reflects that. If some bad fans of these topics have at one point alienated people, then it’s our job to create an environment that’s inclusive and supportive enough to win them back.

Of course, when you’re talking about streaming comedy, you also have to acknowledge Netflix, which is releasing new specials every week. CollegeHumor, in contrast, doesn’t really do standup. Instead, Rahmani said the company’s approach is “rooted in world-building sketch comedy — comedy layered with characters and storylines and elements that cross-pollinate … a Marvel universe for comedy.”

Dropout is launching on the web in a public beta test, with native apps to follow. It will start at $3.99 per month before adding different tiers — you’ll still be able to pay $3.99 per month after the beta, but only if you commit to an annual subscription. Otherwise it’s $4.99 per month with a six-month subscription or $5.99 month-to-month.

Even without a subscription, CollegeHumor fans will get access to some of the new content. Rahmani said the windowing policies (i.e. how long CollegeHumor waits before releasing a previously paywalled video for free) are still being decided, but there will be teasers released for each episode that should also work as standalone funny videos that are a couple of minutes in length.