The scion of Los Angeles’ famous first family of the deli business — the owners of the eponymous Canters restaurant — Canter has been in the food business longer than many seasoned restauranteurs twice his age.

While some people had a Bar Mitzvah party, the thirteen year old Canter had section four of his family’s restaurant. But as technology started making its way inside the restaurant business, Canter realized that the delicatessen on Fairfax would need to upgrade to keep up with the times.

The younger Canter upgraded the menu, brought in a point of sale system and renovated the bar. “I was the guy in the restaurant to pitch whenever there was a service or product,” Canter says. “All of a sudden online ordering started up. All of these different ordering services began to pop up and each one added more customers and incremental revenue, but each one brought challenges into our staff.”

At one point, Canters had nine tablets, two laptops and a fax machine, all managing incoming delivery orders. “It was a complete train wreck and I realized restaurants shouldn’t have to work like that” says Canter. Indeed, his staff was begging Canter to shut down online ordering, but given that online delivery orders had become a third of Canters business, that was an impossibility.

The answer came when Canter met Mike Jacobs, a former federal investigator turned entrepreneur who had launched a company called TapInto which was managing mobile orders for stadium concession stands and food trucks.

Jacobs pitched Canter on the idea of a single unified hardware system that would aggregate all of a restaurant’s online orders in a single place and Canter bought in immediately. Thus, Ordermark was born. The deli proprietor also knew which place would be a great first beta test for the software.

After rolling out in Canters, the company reached out to other mom and pop restaurants in the Los Angeles area. “What’s crazy is that when we were first building this business i had gone out to my own network of restaurants and my friends. The first ten restaurants that i approached all want to sign up immediately,” said Canter.

The next stop for the company was capital to build out the technology. Ordermark raised from local Los Angeles investors including Mucker Capital, TenOneTen Ventures and Act One Ventures. After securing that $3.1 million in funding Ordermark moved to the big leagues — the Western Food Service and Hospitality Expo.

“It was an expo that i had grown up going to every year. It was interesting to be on the other side of the table,” says Canter. “One of the first restaurants to sign up was a franchisee of Johnny Rockets… that’s when we decided that we needed to ramp up our tech.”

Currently, with the fundraising in hand, Canter’s business has managed to sign up 500 restaurant brands including Sonic, Qdoba, and TGIFridays. The company has 35 people on staff and is looking to hire more.

“We built a standalone independent online ordering fulfillment solution. Rather than integrating with the POS service we started by building a fully standalone system. So that we can work with any restaurant of any shape at any size including restaurants that have robust older point of sale systems that don’t integrate very well with others,” said Canter.

With the new capital the company is looking to expand into most of the major metropolitan areas in the U.S. Ordermark’s system is already live in 20 states — including Hawaii.

Ordermark isn’t alone in its quest to ease restaurants’ online ordering pain. Companies like Chowly in Chicago, and Checkmate in New York that are both competing for restaurant owners’ hearts and minds.

Canter isn’t too worried about the competition. “Right now we’re just laser focused on making as much of an impact on restaurants across America,” Canter says. 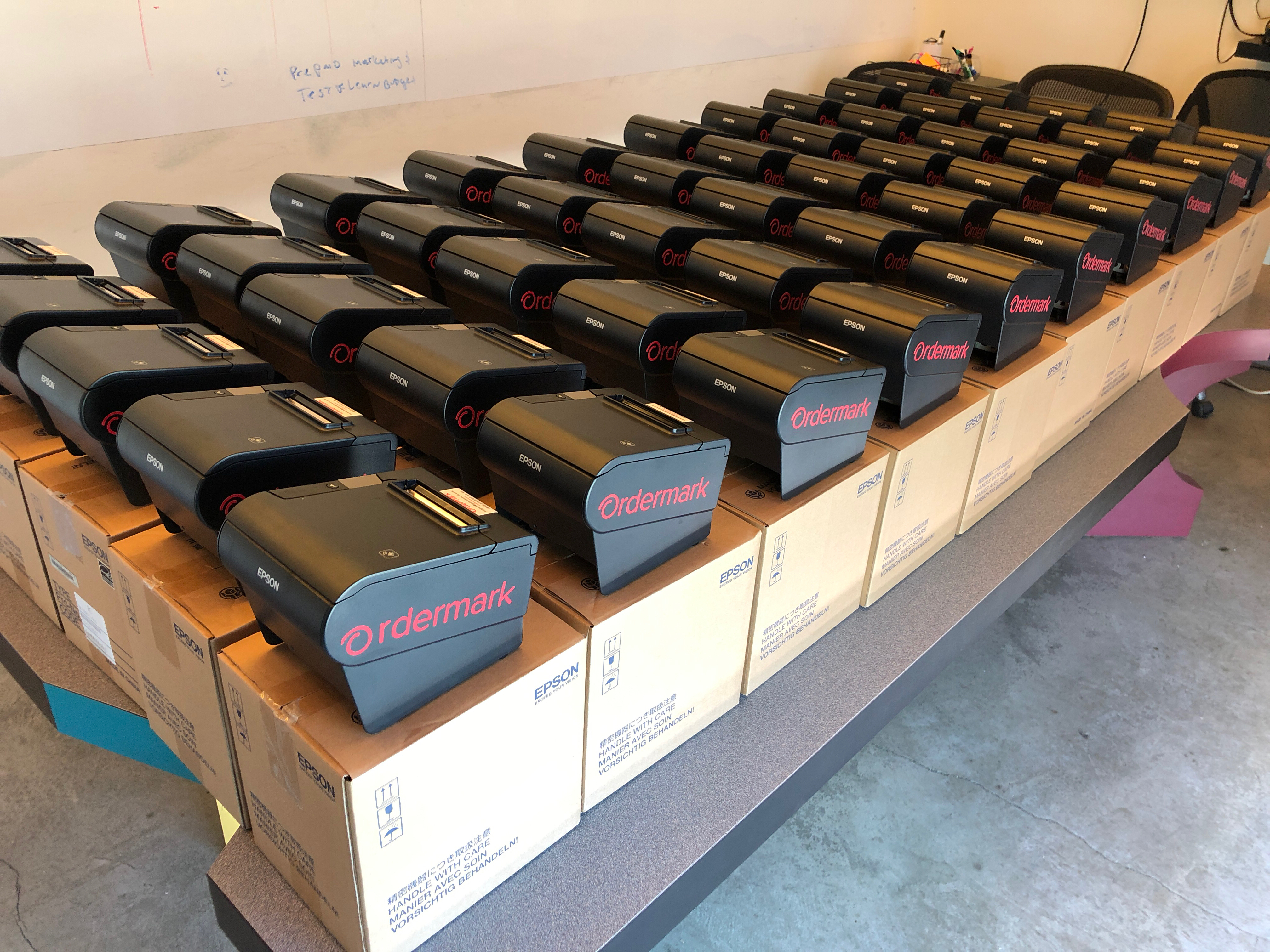