For Portal Finance, the deal with BTG caps a meteoric rise, which has seen the company raise $1.5 million at a $60 million valuation and move from a small $5 million lending pilot to a $200 million deal in the span of two years.

“A year ago we were four guys in a closet. Now we’re 70 people,” says Diego Caicedo, the company’s chief executive and co-founder.

The company’s success is a testament to the changing fortunes of many Latin American economies and the role that venture capital is playing. For the last several years Colombia’s economic fortunes have been rising since the successful conclusion of peace talks with the country’s largest rebel group, the Revolutionary Armed Forces of Colombia, brought an end to 50 years of civil war.

Meanwhile, investment firms like Magma Partners, which led the pre-seed and seed rounds for Portal Finance are linking innovative companies in places like Buenos Aires, Bogota, and Lima with Chile’s stable economic base to provide a market where innovative startups can gain traction.

It’s also a sign of the significant demand for small business loans across Latin America. In the aftermath of the 2008 global financial crisis small businesses found their credit lines pulled as banks refused to take on the risks associated with lending to small businesses.

That left businesses with only supply chain financing and factoring as the only alternatives. With interest rates that are typically between 20% and 50% annually. These rates are being charged even though invoices can be used as collateral and default rates hover at around 1% per year.

Portal Finance, and other companies like it, solve the problem by giving banks a better window into their borrowers finances by tackling the problem from three ways. The first is by working with factoring firms who were the lenders of last resort to companies who needed cash for operations and improvement and could not take out loans or raise equity financing. Second, the company has a window into the receivables of small businesses through the large corporate customers they supply. Finally, the company has reached out to the small businesses themselves to collect additional data, giving lenders a complete view of the borrowers’ financing.

That “full-stack” approach to small business financial statements was the vision that Caicedo had for his company from the moment he and his co-founders Felipe Puntarelli and Nicholas Bohorquez, took their first financing — $50,000 from Magma Partners (a Latin American focused venture capital firm).

The opportunity was so great that he was able to convince his eventual Charlie Cliff, a former defense contractor in the aerospace industry, to come down to Bogota without knowing a single word of Spanish to help jumpstart the business as Chief Technology Officer. Cliff, who was connected to Caicedo through Magma Partners’ managing director and co-founder Nathan Lustig, flew down after three phone calls. 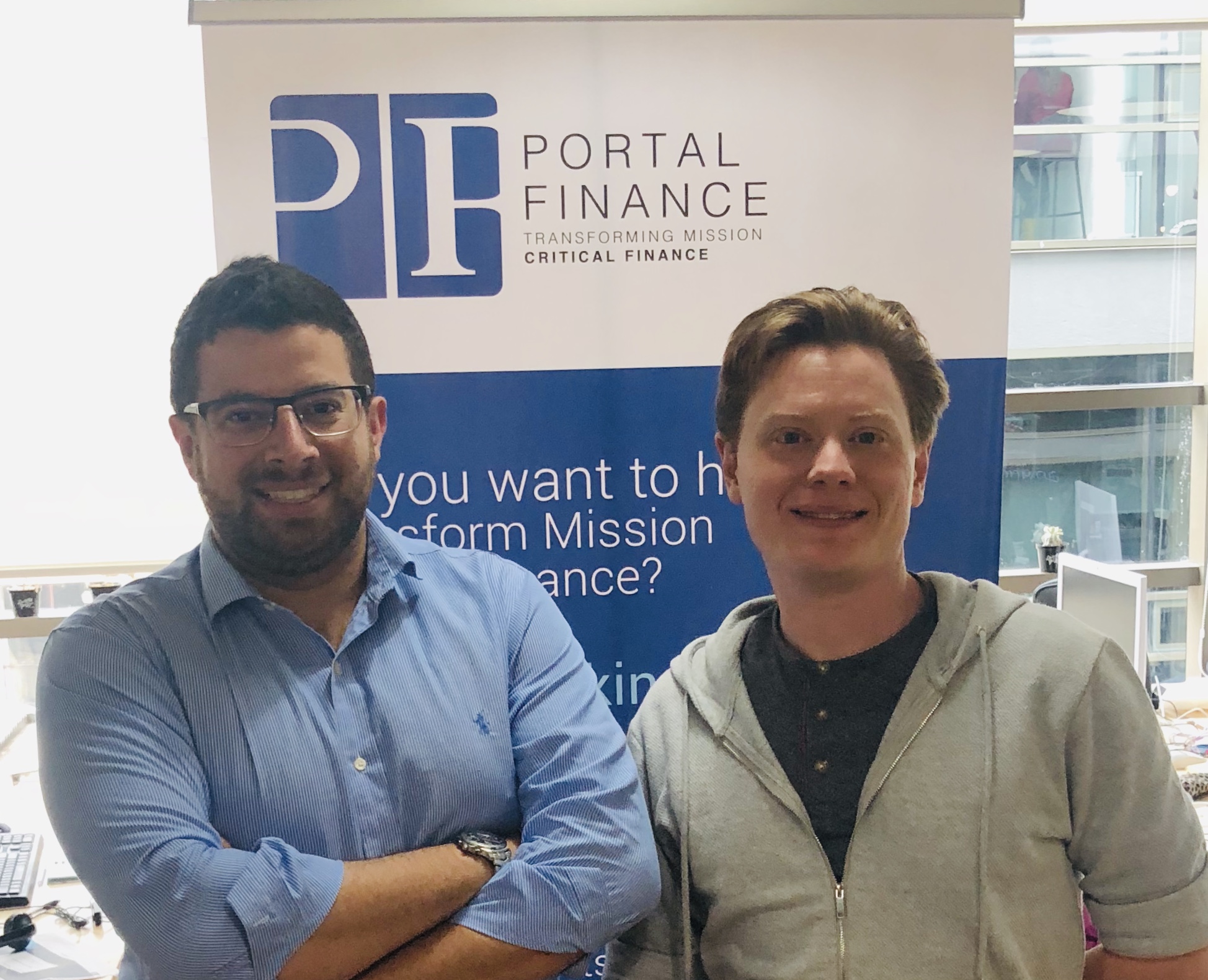 Caicedo and Cliff first tackled the problem for the factoring firms that would lend money to businesses off of the projected income for accounts receivable. It was the first product that Portal Finance brought to market when it launched in 2016.

By 2017, it expanded its products to include an offering for large corporations to help them manage their payments to small businesses.

With that information in hand, Caicedo reached out to financial services firms to set up a lending operation. BTG Pactual agreed to a pilot in Chile in January, and expanded to the $200 million lending joint venture in July that covers both Chile and Colombia.

Caicedo called the program the largest investment in a fintech startup by a Latin American financial services firm. So far, the company has issued 200 loans in Chile and 500 in Colombia. On the heels of that investment, Caicedo says that the company expects to close an additional $2.5 million in financing soon and will be profitable by the end of November.