Pets are expensive. I’ll be the first to admit that. The adoption fees, the shots, the food, the medical care. But at the end of the day, it’s worth it for the judgement-free, uninhibited love of a furry companion.

If you’re looking to save a buck a two, a robotic dog is probably not the way to go. Not this robotic dog, at least. For all of its many charms, the rebooted Sony Aibo ain’t cheap. At an event today in New York City, the electronics giant offered a bit more insight into the long-awaited robotic pet, including its $2,899 price tag.

For all of the new Aibo’s charms (and there are many), any suggestion that the product might be anything but a niche device can now be laid to rest. While Sony North America President and COO Mike Fasulo tells me that the company has its sights on playing a key role in the home robotics moving forward, Aibo is not the mainstream device we’ve been promised for decades. 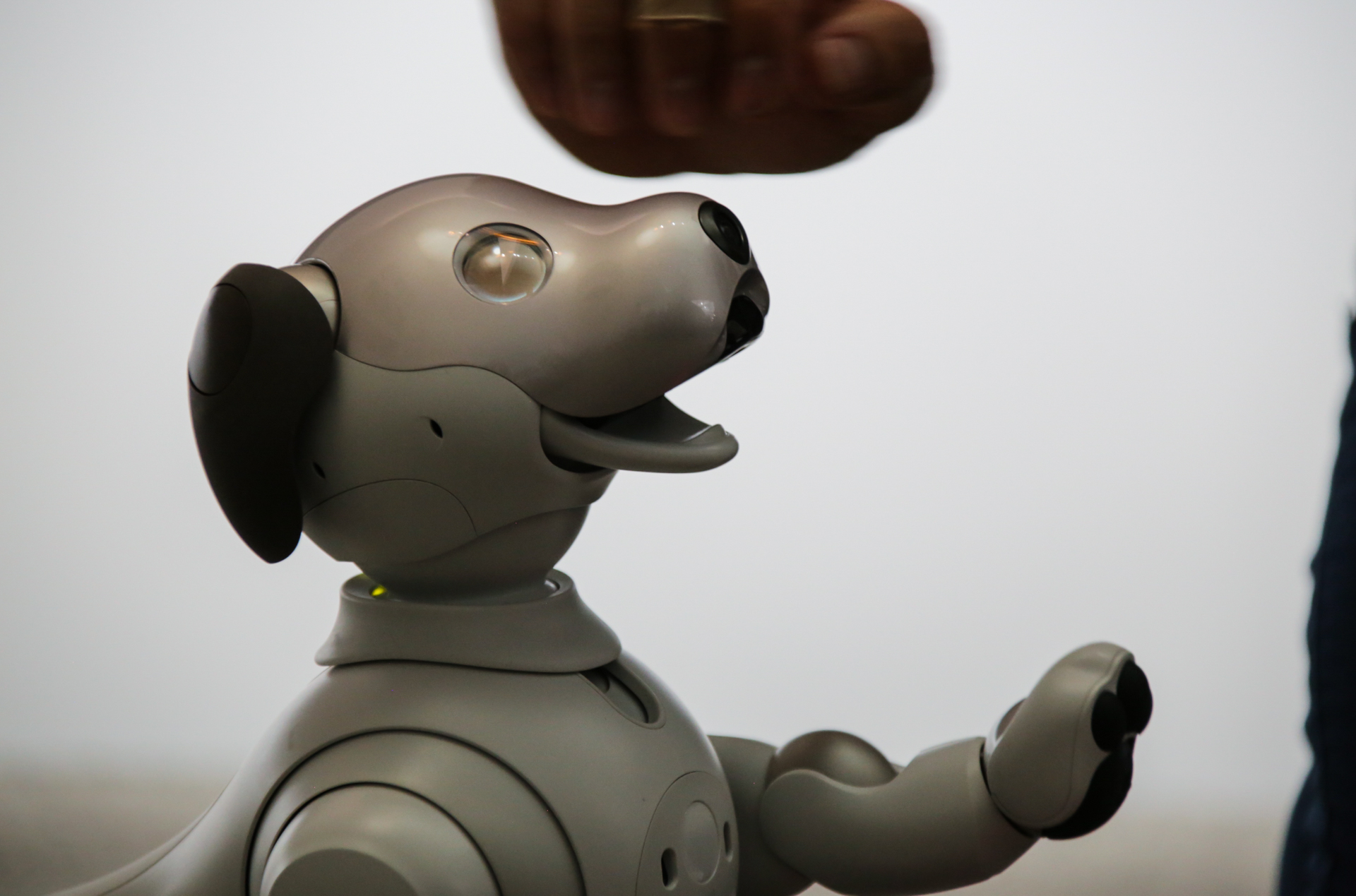 Rather, the robotic dog is a kind of sign post of what we’re capable in this current moment. It’s an opportunity for Sony to showcase the state of the industry of consumer robotics in 2018 — what happens when current artificial intelligence is used to build the foundation of a consumer product. The result, it turns out, is fairly adorable. I was at the company’s CES press conference, when the new Aibo was unveiled for the first time, and there was a collective gasp. It takes a lot to melt the hearts of a roomful of jaded tech journalists, and Aibo succeeded at that in spades.

“It shows our capability of innovation,” Fasulo tells TechCrunch. “There’s 4,000 parts in this product. Its eyes are made of OLEd, which makes it adorable, but also makes it a great device for photo capturing. The core technology inside is built around our image sensors. It’s got 22 axes of movement and more flexibility than I’ve seen in a robot. It’s showing Sony’s innovation and commit to the future and probably a bit of branding along the way. 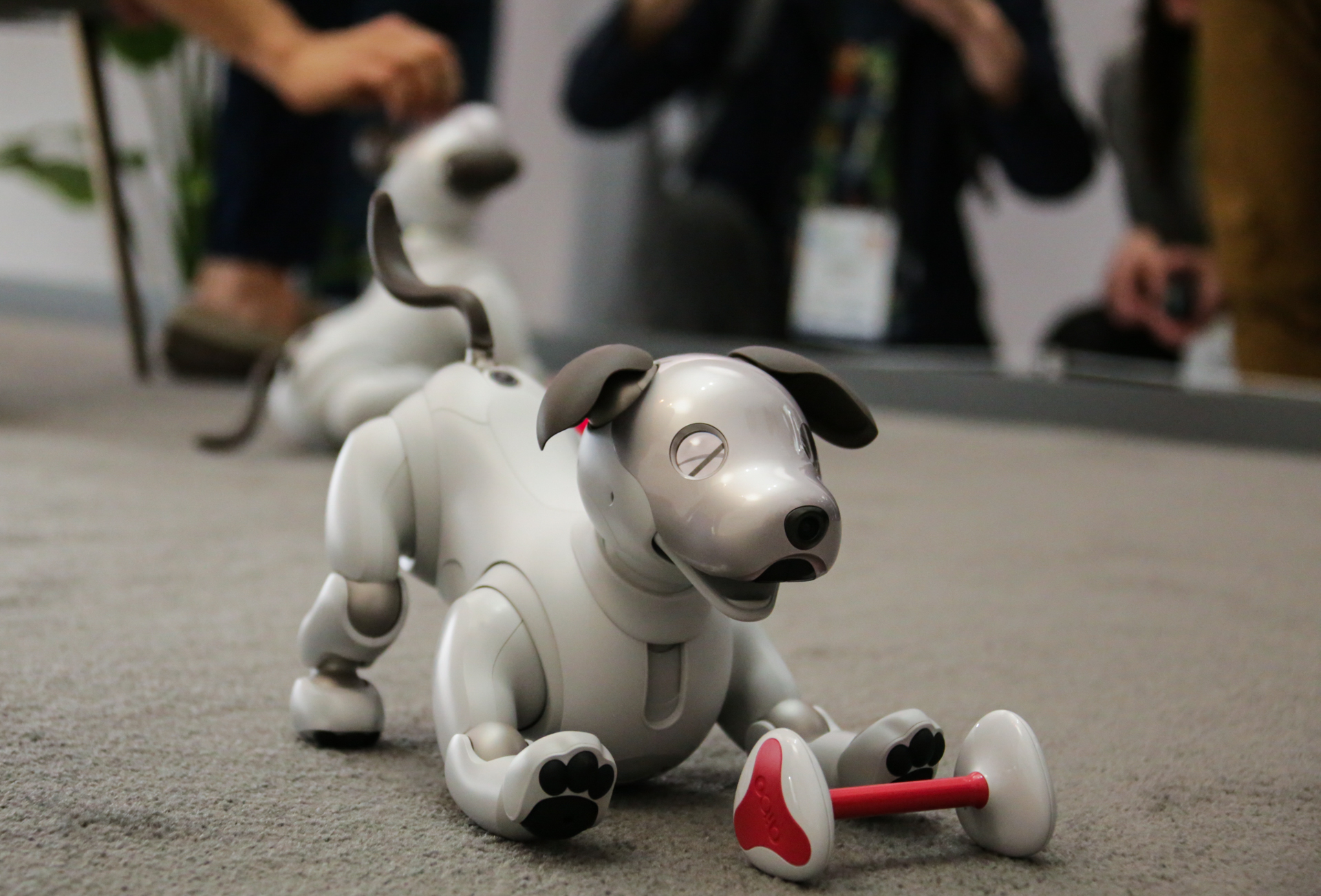 Conventional wisdom has it that the first generation of the product was ahead of its time. Consumer AI, cloud technology and any number of other aspects that have since come to fruition simple weren’t in place at the time. But have the advancements the industry has made in the intervening 19 years been enough to create a truly compelling robotic pet?

Sony is certainly hedging its bets with the new Aibo. At $2,899, the product is too expensive to appeal to all but the most enthusiastic early adopters. That said, the product sold surprisingly well in Japan, at around 20,000 units — more than Sony bargained for, apparently. The goal for the U.S. market is “in the thousands,” according to Fasulo. 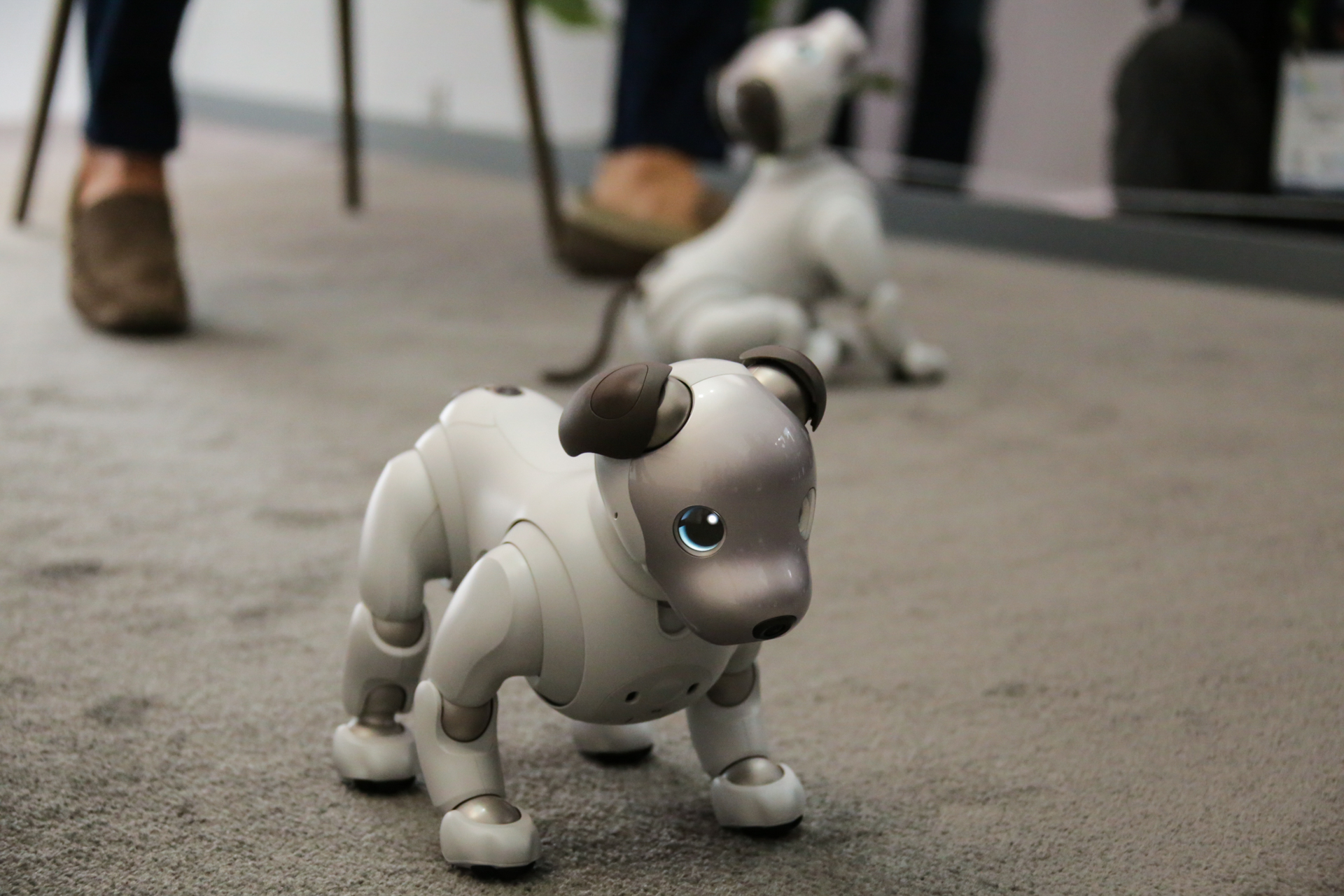 But while Aibo isn’t destined to be a mainstream product and future generations likely won’t see a major price cut, the company’s committed to the line for a few years at least, this time around. The robot will be available in the U.S. as the “First Litter Edition,” which ships with a three-year AI Cloud Plan, meaning the dog should be kicking for that long at least.

Those looking for an insanely expensive holiday gift can purchase Aibo starting in September. It will also be on display at the Sony Square store in New York, through late October.