Nylas, a startup that helps developers integrate email content into applications via an API, announced a $16 million Series B today led by Spark Capital.

The Nylas API works in a similar way to Stripe or Twilio, but instead of helping developers connect to payments or communications with a couple of lines of code, Nylas helps them connect to email, calendar and contact information. The idea behind any API like this is to give developers who lack expertise in a particular area outside the core purpose of their application, easy access to a particular type of functionality.

Company CEO Gleb Polyakov says that prior to Nylas, there really wasn’t an effective way to connect to email systems without a lot of technical wrangling. “Every person who is using the Internet has an email address, and there’s an immense amount of data that lives in the mail box, in the calendar, in your address book. And up until now, companies have been unable to effectively use that data,” he told TechCrunch.

It seems like a must-have kind of ability to connect to this type of information from any application, but most companies have shied away from a comprehensive approach because it’s hard to do, says company co-founder and CTO Christine Spang.

“We have essentially built adapters for the native protocols for each email system: Gmail, Microsoft Exchange, open source IMap servers and all the different extensions that are available on the different IMap implementations. And the key part is that with these adapters, we can talk to backend providers like Google, GoDaddy and Yahoo, Spang explained. 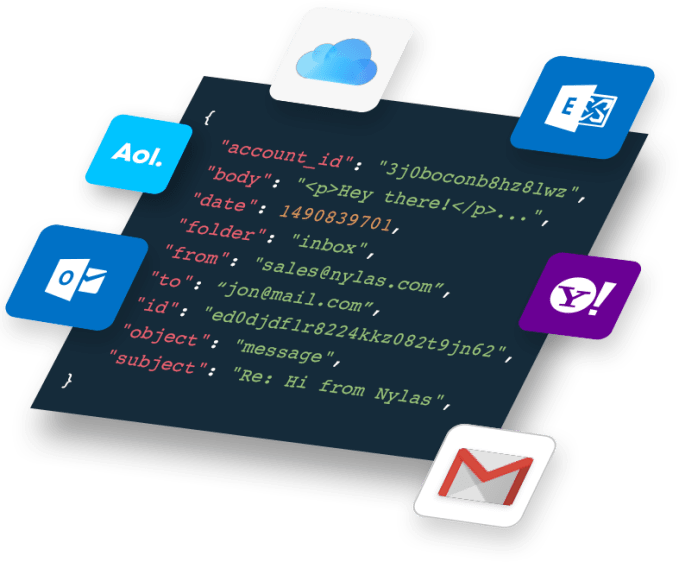 This capability could be useful for developers in lots of scenarios such as pulling data for a CRM tool from an email exchange between a salesperson and a customer, or to coordinate meetings around the calendars of several individuals and an open meeting room that works for all of their schedules.

The company, which has been around for five years, currently has 35 employees with offices in New York and San Francisco. With the new funding, they expect to double that number by the end of the year, as it adds engineering and builds out its sales and marketing team. While much of the marketing up to now has been inbound from developers, they want to expand their customer base by marketing directly to companies.

It currently counts 200 customers and thousands of developers using the product. Customers include Comcast, Hyundai, News Corp, Salesloft and Dialpad.