Stack Overflow and other various sites and tools have made it easy to Google search for solutions — or code snippets — to the easier parts of putting together an app or program for developers, but Aidan Cunniffe wants to take that one automated step further.

That’s the premise behind Optic, which gives developers a way to grab very common coding use cases that they can drop right into their code. It works by finding the sort of routine additions developers might need, like how to create a form that will add a user to a database, as well as all the ancillary parts that come with that like tests. Optic works within a developer’s IDE, so they don’t have to look externally for the code they need, which is compiled together from online sources. Right now it works for JavaScript, with Python next on the docket. Optic is coming out of Y Combinator’s summer 2018 class.

“The biggest problems are when people have a bunch of systems that have to talk together,” Cunniffe siad. “Optic’s really good at syncing that code. If you change something on the backend, it’ll update the front end. That’s a big problem that anyone who develops anything complex. We generate a lot of unit tests for people, speed up the development of new features, and larger companies are using us as an advanced linter to ensure developers write code that conforms to their standards.” 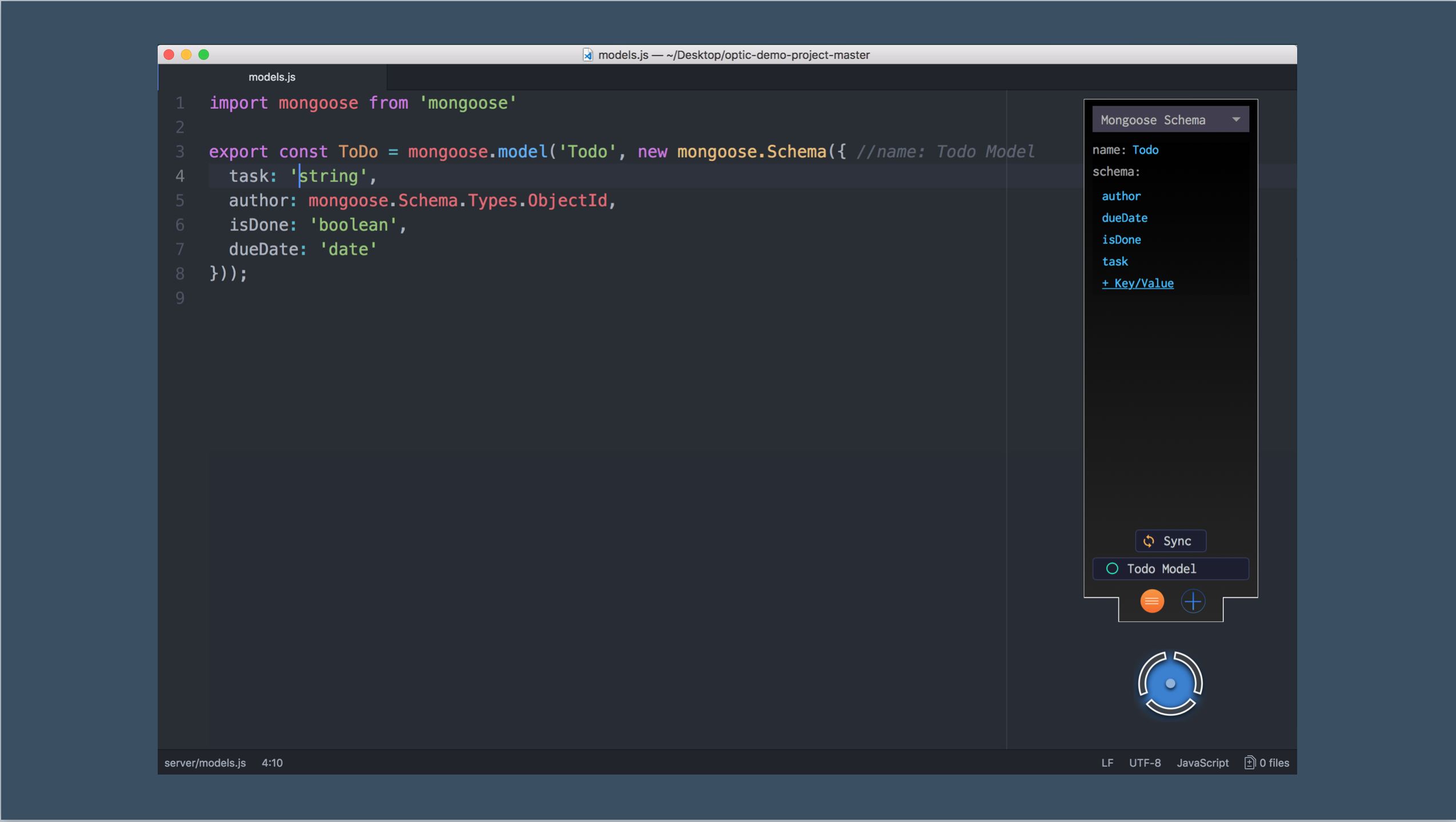 Optic works as a little Clippy-like object within an IDE, where developers can search for things to add to a slice of code. The processing is all done locally, and the project itself is open source with a free version (in addition to a paid version for larger teams). While there are a number of other code-generating tools, Cunniffe says Optic competes primarily with those kinds of Google searches for Stack Overflow results, and one of the primary reasons it’s better is that any changes on any part of the code will propagate through existing code throughout a system.

“Code generators had been around for a long time,” Cunniffe said. “There’s a ton of tradeoffs to tools that existed, people wanted stuff that was useful but didn’t change their workflow. They could also only be used once, so there’s not as much utility, and there wasn’t work to maintain the code. [Code search engines] are really useful, but the biggest drawback they have is it’s not your code. What sets us apart is it’ll help you generate those snippets but it’ll do that in a smart way. All the args and parameters are variables in your own code.” 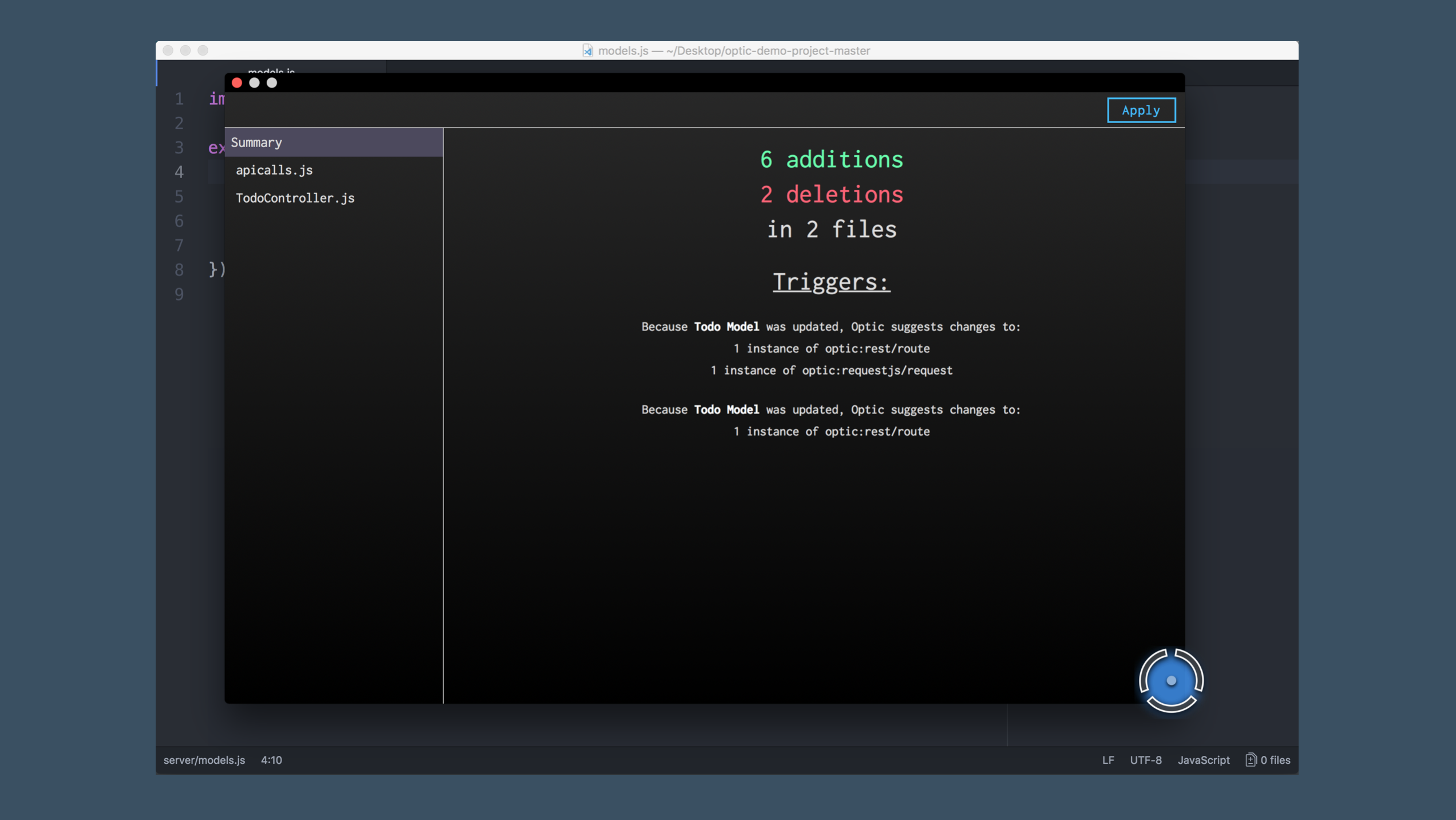