Google was already worth more than $800 billion and, while well short of Apple, is now jumping into that batch of companies that are on their way to being a $1 trillion company.

Alphabet, Google’s parent company, substantially outperformed market expectations in its second quarter by bringing in $32.66 billion. That’s a 26 percent increase year-over-year, and, perhaps more significantly, it’s a faster rate of increase than it saw in the same quarter last year. The company’s second-quarter revenue in 2017 was a 21 percent jump from that in 2016. It’s a bit of a handful, but either way it shows that Alphabet still continues to — unsurprisingly — print money off its advertising business even as its cost-per-click (one of the metrics that indicates the value of its advertisements) continues to decline.

Following the report, Alphabet shares jumped an additional 5 percent, making its valuation about neck-and-neck with Amazon — though, again, well short of Apple. But it wasn’t that long ago that Apple hit a $900 billion market cap and we started talking about it being a contender to hit $1 trillion. Google’s advertising business continues to be healthy and growing. While it’s getting slapped with a massive fine by the EU, this doesn’t seem to bother Wall Street all that much as it sees Alphabet as a company that will continue to grow over time. 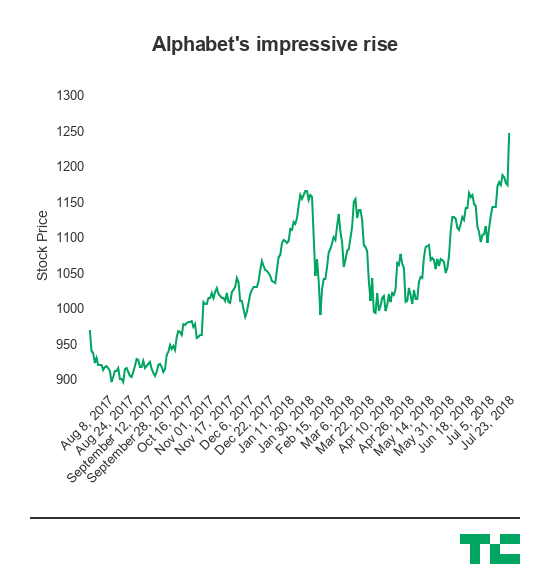 Google’s “other revenue,” which includes its very increasingly important cloud efforts, rose substantially to $4.43 billion. But comparing the growth patterns, Google’s advertising revenue grew around 24 percent, while Google’s other revenue grew around 37 percent year-over-year. This isn’t so dissimilar from the patterns you’ll see with Amazon, where its core business continues to grow but its AWS growth appears to be increasingly contributing to its growth and performance. It’s still a slice-of-a-slice of its advertising revenue, but it does represent some substantial upside.

That’s going to be critical going forward as Google tries to convince investors that it’s not just an advertising company, but also a services company, with a set of hardware, and a platform company beyond even that. As Google continues to capture developers with its deep-learning framework TensorFlow, and lock them into its own ecosystem with hardware like the TPU geared toward deep learning, it’ll continue to see a lot of momentum as deep learning tools proliferate across the entire technology industry. Indeed, TensorFlow is increasingly killing off a lot of the complexity that goes into complicated machine learning problems, and it’s going to be a strong lure to get companies onto its cloud platform.

That EU fine also got its own line item in Google’s earnings report, which is kind of interesting in a sort of zeitgeist-y way. 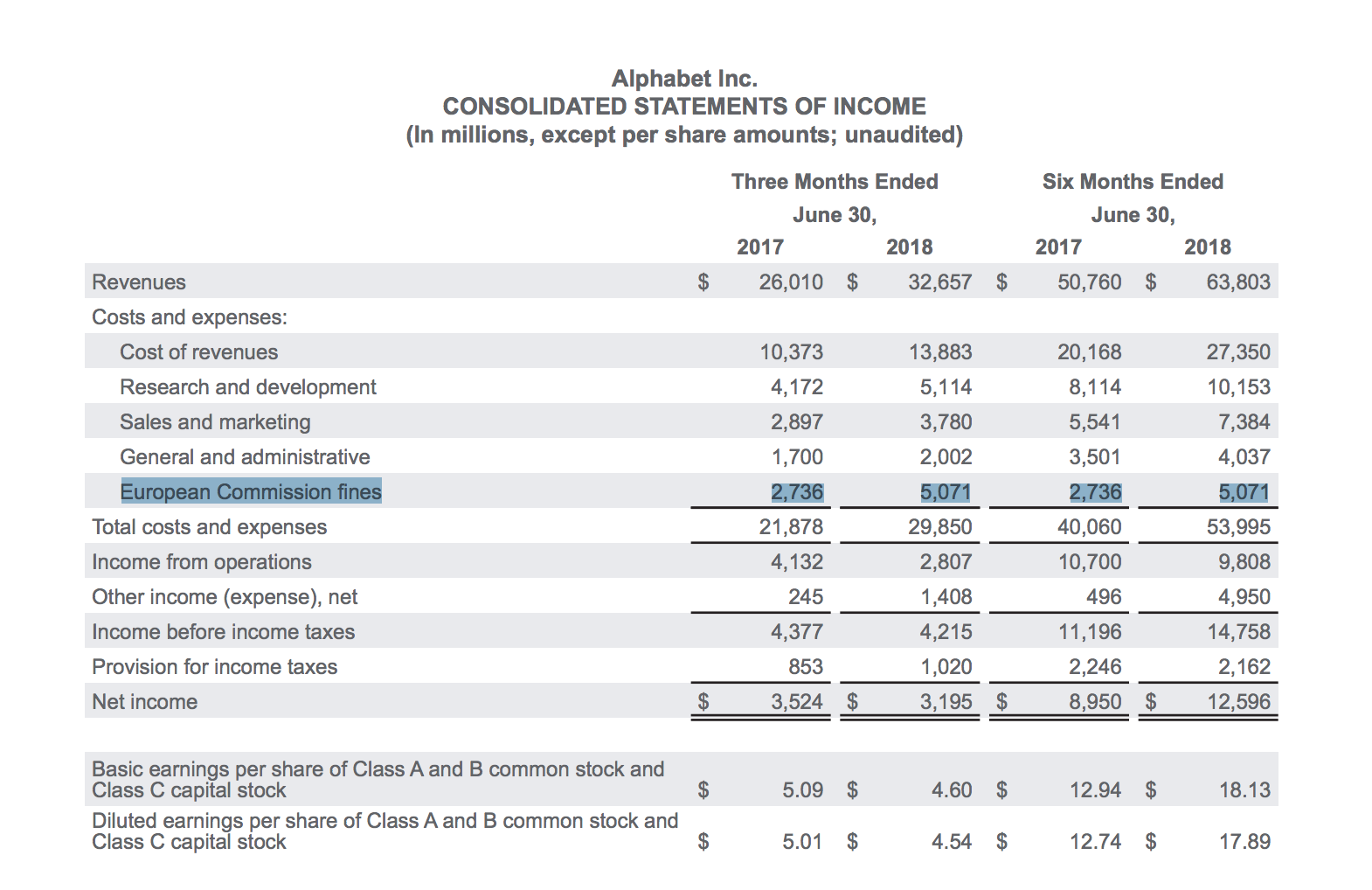 Its other bets — not to be confused with other revenue — that include its other ancillary projects that may or may not pan out and be part of Alphabet’s future business continued to see some improvement by hitting $145 million in revenue in the second quarter this year. Its losses there widened from a loss of $633 million to $732 million.