The Galaxy Note 9 won’t be announced until August. You wouldn’t know it by reading the internet, however. Every nook and cranny of the upcoming phablet has been bared for the world, in a series of leaks over the past several weeks.

Sure, not all of them will pan out, but plenty have come from leakers with established track records, and enough of the details line up so as to paint a wholly believable portrait of the phone we’ll finally get an official look at early next month.

And then there’s this: 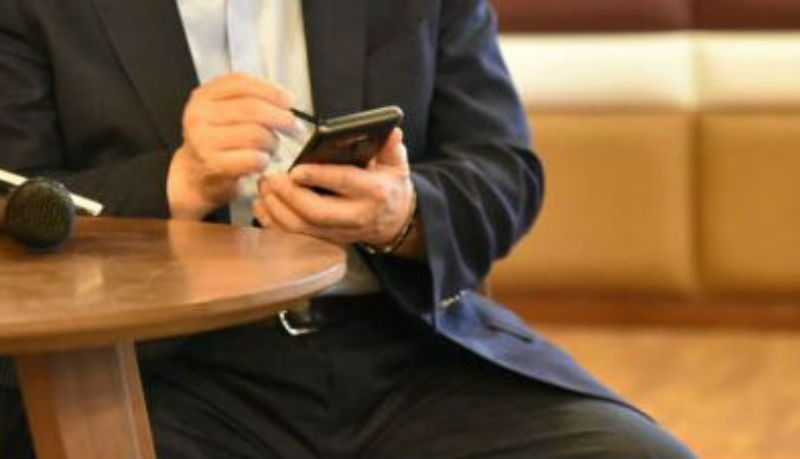 That’s a picture of Samsung CEO DJ Koh using what appears to be the Note 9 at a media event. The differences are subtle, but they’re there in the camera housing, which is among a few small visible changes to the upcoming device. Like, good on DJ Koh for using the company’s products, S Pen and all, but even by Samsung’s traditionally leaky standards, that’s a little silly.

Maybe Samsung doesn’t mind. Maybe it’s just happy to have everyone talking about the Note 9, while it’s hard at work on that folding phone we’ve heard so much about.

The above camera housing is in line with another recent post from perennial leaker, EVLeaks, which shows off a full front and back render of the upcoming handset:

There’s also an S Pen, with a yellow coat of paint that’s in line with the image the company sent out with the invite to the August event. The fingerprint sensor has been moved below the camera there, rather than next to it as it was on the Note 8. That was a clear mistake, and Samsung fixed it for the S9. Logic follows that they would do the same on the new Note.

That, in turn, appears to confirm this photo of an actual unit from Slashleaks, which bears an extremely effective “No photo allowed/Do not leak info” sticker. At least Samsung tried, I guess.

More (but not that much more, from the looks of it) will be revealed on August 9.